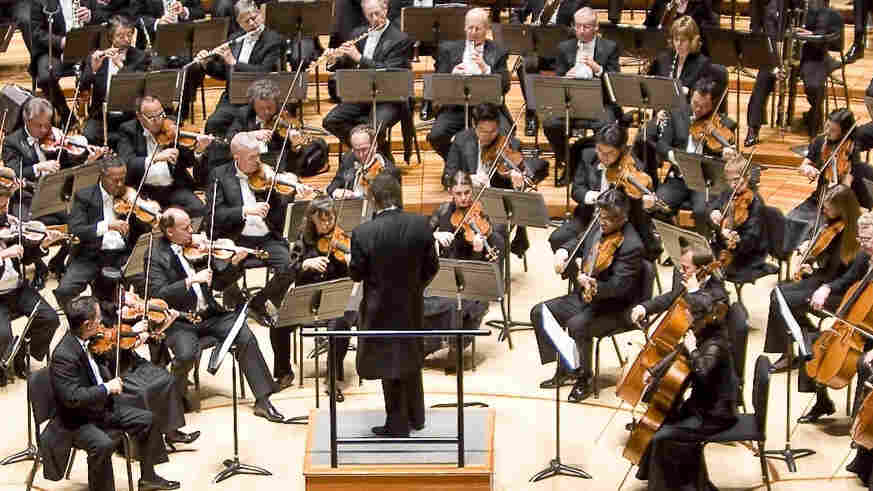 The Philadelphia Orchestra is struggling to close an annual operating deficit, a burden that has been growing in recent years. Their board will meet Saturday morning in Philadelphia to discuss the possibility of filing for Chapter 11 bankruptcy protection.

That doesn't mean the Philadelphia Orchestra would shut down. They would continue with their scheduled concerts and events, getting some measure of protection from creditors while a judge oversees reorganization procedures.

Yesterday, some musicians of the Philadelphia Orchestra called me at APM's Performance Today to express deep concern about the possibility of a bankruptcy filing. John Koen, a Philly Orchestra cellist since 1990 and chair of the members' committee representing the musicians, is worried about the ensemble's reputation.

"In our view, filing for bankruptcy is unnecessary for financial reasons, and will deal immediate as well as lasting damage to the institution artistically," Koen said.

Koen also pointed out that the musicians hired their own actuary, who concluded bankruptcy would be more expensive for the orchestra than current operations.

There have been some reports that if the Philadelphia Orchestra files for bankruptcy protection, musicians would consider a 6-month work stoppage. Koen said that is not the case and that musicians, under contract through September 18, would honor their agreement. "The meeting is Saturday morning," Koen said, "and we have a concert Saturday night. The musicians are going to be there at the concert."

"The economic challenges we face are monumental. The Orchestra has more than $46 million in costs but our revenues are only a little more than $31 million. That significant gap is a reality we must address," says a Philadelphia Orchestra Association statement released to Performance Today. "Our musicians are extraordinary artists and we are confident that we can work together to close that gap. Tonight, and every night the Orchestra plays, we hope our audiences will join us and fill the hall."

The shaky economy and budget battles have forced orchestras to shut down in Honolulu and Syracuse and triggered a 6-month strike at the Detroit Symphony. But even the thought of the Philadelphia Orchestra going dark is on another level altogether. Although Philly performances have met with some criticism in the past few years, the orchestra has earned a reputation as one of the world's finest over its long history of performing, recording and touring.

Regardless of the outcome of Saturday's board meeting, the Philadelphia Orchestra will be on its home turf that night at Verizon Hall, playing the Symphony No. 4 by Gustav Mahler and Alban Berg's Lulu Suite with conductor David Zinman.