Accessibility links
Classical On The National Jukebox: What's There--And What's Not : Deceptive Cadence There's a treasure trove of great recordings newly available to the public for free via the Library of Congress, from classical to novelty acts. We look at what's there --and what's missing.

Classical On The National Jukebox: What's There--And What's Not

Classical On The National Jukebox: What's There—And What's Not 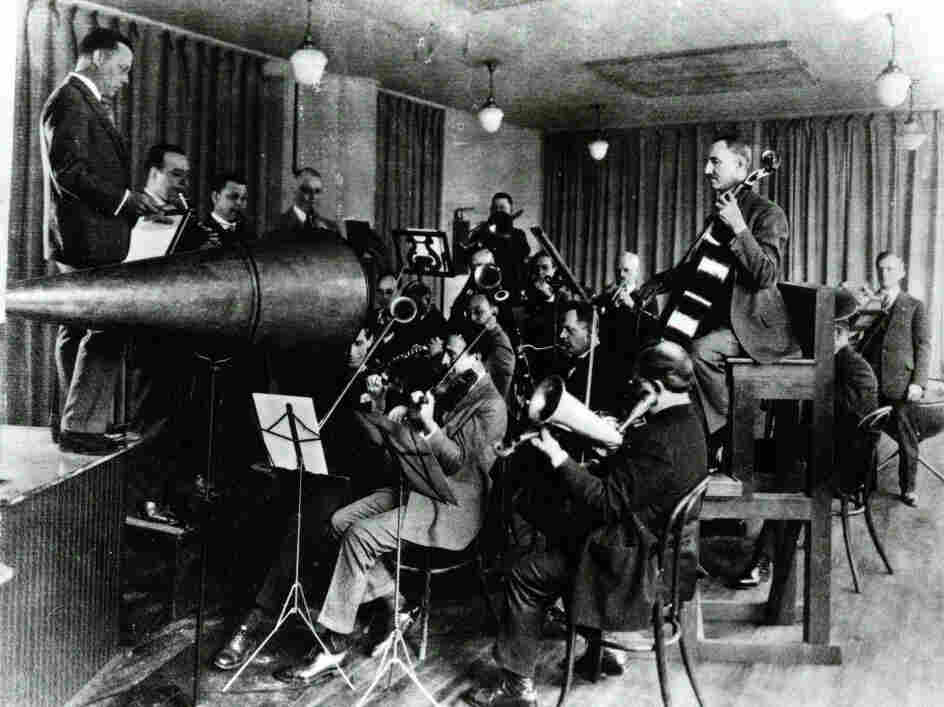 The Library of Congress has unveiled a new website, the National Jukebox, with materials currently controlled by Sony Music. (You can read more about the launch over on The Record.)

Users can stream — for free — some 10,000 sides. All the pre-1925 records from what was once the Victor Talking Machine Company have been made available, though who knows how many have disappeared in the years since.

I spent some time myself wading through the Victor archive during my misspent youth as a very occasional reissue producer for what was then BMG (which merged with Sony several years ago). There are all kinds of tantalizing entries on Victor engineering logs that I've salivated over for years — especially of very early "race" records of ethnic music recorded all over the globe before World War I — but for which the masters and parts are long gone. Many were destroyed during the Second World War, scrapped both in a spirit of patriotism and, more practically, to reuse the metal parts from earlier recordings that were at the time deemed valueless.

The Jukebox offers quite a variety of sonic bites, from classical to jazz, novelty acts to presidential speeches. There are more than 1300 recordings of operatic repertoire, more than 1200 classical sides and 32 recordings of yodeling. In that mix are some very tasty treats.

And for the diehard opera buffs, there's the completely digitized "Victrola Book of Opera" from 1919, which includes synopses of over a hundred operas and discographies of those works presented as excerpts. (There's always a marketing hook, isn't there? A reviewer of the 1924 edition rather acidly observed it was "not only a fine piece of artistic propaganda, but a very shrewd piece of publicity; and the best of it is that every party to it reaps a profit from its existence.")

The drawbacks to the Jukebox? The search function is pretty cumbersome. Don't try to type in "Gershwin" and "Rhapsody" together, or, for that matter, artists' full names, because the site will inform you that no such recordings exist.

There are also some odd omissions on the classical side, recordings that hold great historical value that should be available. For instance, I can't find the 1903 recording of Alessandro Moreschi, the last of the vaunted castratos. Moreschi was recorded by the Gramophone Company, but the rights and matrices for those sides were later granted to Victor. Similarly, Enrico Caruso's earliest recordings, made in Milan in 1902, are missing, as are Nellie Melba's from 1904. (If you want to completely geek out on the history of recording more generally, I very highly recommend Roland Gelatt's book "The Fabulous Phonograph," the last edition of which was issued in 1977; it's still an incredibly valuable and entertaining read.)

And maybe none of these recordings will seem new to classical music fanatics, many of whom will remember some lovingly and carefully tendered reissues of this material. But perhaps that's being too picky. The fact of this National Jukebox, and the way in which a listener can conjure up the sound of a century ago and stream it for free, is quite amazing, and there's so much material available for both casual listening and scholarly mining.

For now, the only material that's included is from the Victor Talking Machine Company catalog (with materials from Columbia Records and OKeh on the way, Sony and the Library of Congress promise), so music lovers will undoubtedly find even more treasures to come. And for extra fun, users can assemble and share their own playlists.

Even well into our digital era, I can't help but thrill at the accessibility of such goodies as the 1903 recording of an early Metropolitan Opera star, the Prussian soprano Johanna Gadski, letting loose on Brünnhilde's famous battle cry from Die Walküre in full, ringing voice. She's accompanied only by a piano that is very paltry company indeed.

Moreover, there's the 4 1/2 minute side of George Gershwin playing his own Rhapsody in Blue with Paul Whiteman's band, or the great contralto Marian Anderson's account of "Go Down Moses," recorded at Christmastime the same year. And what about Fritz Kreisler playing the Meditation from Thaïs for your listening delectation? And there's more than 175 recordings of Enrico Caruso, the first true superstar of the phonograph age, including this 1907 recording of the duet "O soave fanciulla" from Puccini's La bohème with soprano Nellie Melba.

What's struck your fancy in the Jukebox so far? Care to share some of your own playlists? Let us know in the comments section below.