Accessibility links
How Do You Introduce Classical Music To Kids? : Deceptive Cadence How do you get kids enthralled about the music you adore? Bugs Bunny? Leonard Bernstein? Lemony Snicket? We ask you and some celebrity guests to weigh in.

How Do You Introduce Classical Music To Kids?

How Do You Introduce Classical Music To Kids? 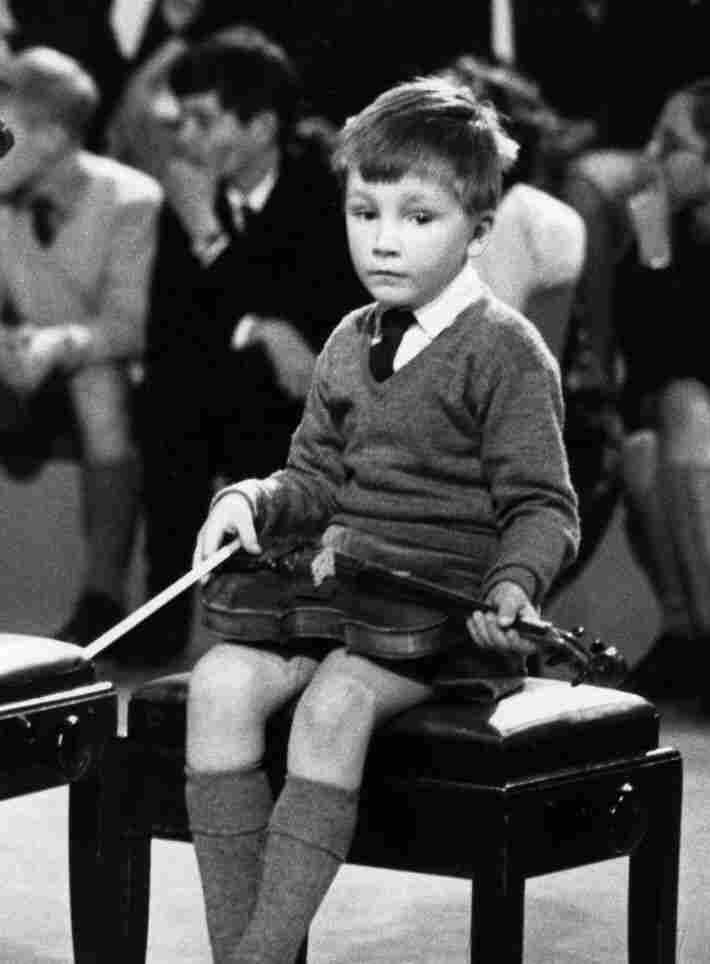 This lad looks less than enthused about classical music. (Actually, it's a very young Nigel Kennedy, captured by a cameraman in 1964.) Erich Auerbach/Getty Images hide caption 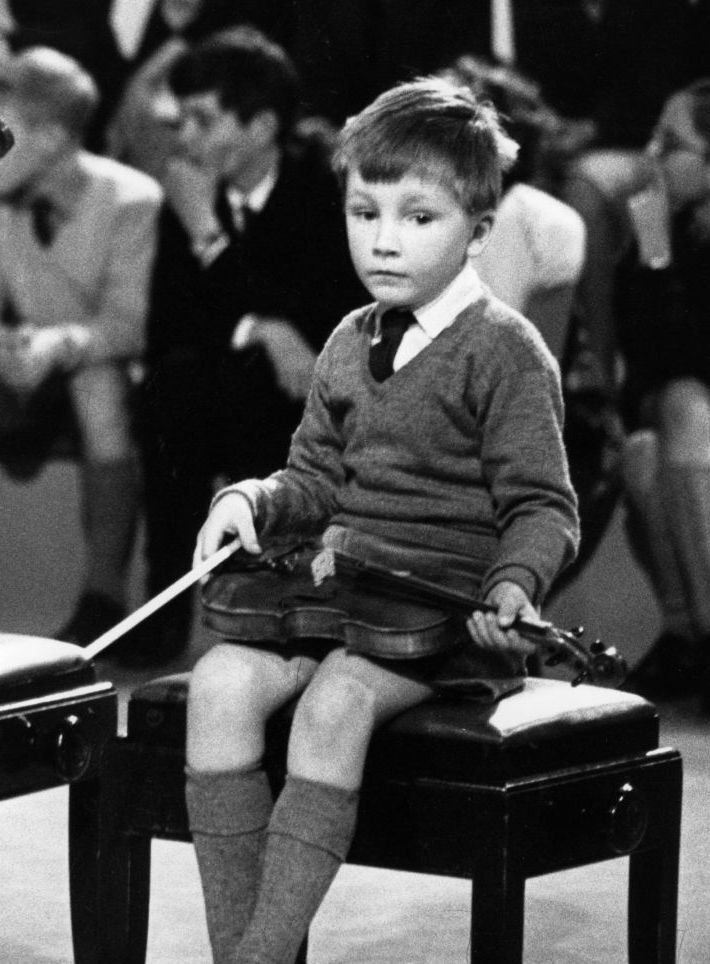 This lad looks less than enthused about classical music. (Actually, it's a very young Nigel Kennedy, captured by a cameraman in 1964.)

It was early afternoon on a sunny Saturday. We were stuck in the car in heavy traffic. All three of us were bored and restless. All snacks had already been consumed and endless rounds of 20 Questions had already been played. We'd forgotten our iPods and our phones were running low on batteries. We were nowhere close to our destination.

"Are we there yet?" came a cry from the backseat at closer and closer intervals. In desperation, my husband fiddled with the car radio, and chanced upon the gleaming chords of Das Rheingold. Ah, the Metropolitan Opera broadcast and then, something that stunned us: glorious silence from the peanut gallery. Had we hit upon something that would stave off the impending meltdown?

"What's this about?" finally came the querulous three-year-old's voice. Sensing the possibility of a small reprieve, my brave spouse launched into a more than lightly edited précis of Wagner's first Ring opera: a dwarf, a golden ring, three lovely river sprites, a kingdom full of interesting gods and goddesses.

"I wanna go see it!" she cried. When we gently told her that she might not like the entire story, and that it takes hours and hours and hours anyway, she promptly burst into genuine tears. She was burning to go to the opera and witness this story about the magical ring and all the people who wanted to own it. As adult Ring-lovers, our associations with this music might revolve around Wagner's artistic genius, or, more grimly, about the composer's repellent anti-Jewish writings. For our preschooler, the Ring sounded like a wonderful addition to her greatly beloved stable of princess stories. (Cinderella, Snow White, Brünnhilde ... )

Admittedly, the Ring isn't quite appropriate for a less-than-mature audience, what with its murders and incest and whatnot. But that episode in our car spurred me to thinking about how kids encounter classical music, and how we adults shape those early encounters, whether it's just via what music we have playing in our homes or how we introduce classical music and opera in more formal settings.

We've invited some notable artists, including soprano Christine Brewer, pianists Leif Ove Andsnes and Orli Shaham and conductor Marin Alsop to weigh in on this topic this week. But we're also eager to hear your thoughts and experiences, and to have your voice as part of our conversation.

A few of my own observations as a parent and as a music lover: