Accessibility links
The Lesson Of Britten's 'War Requiem' : Deceptive Cadence How Christine Brewer encouraged 12-year-olds from a coal-mining town to engage with everything from Fidelio to Britten's War Requiem. 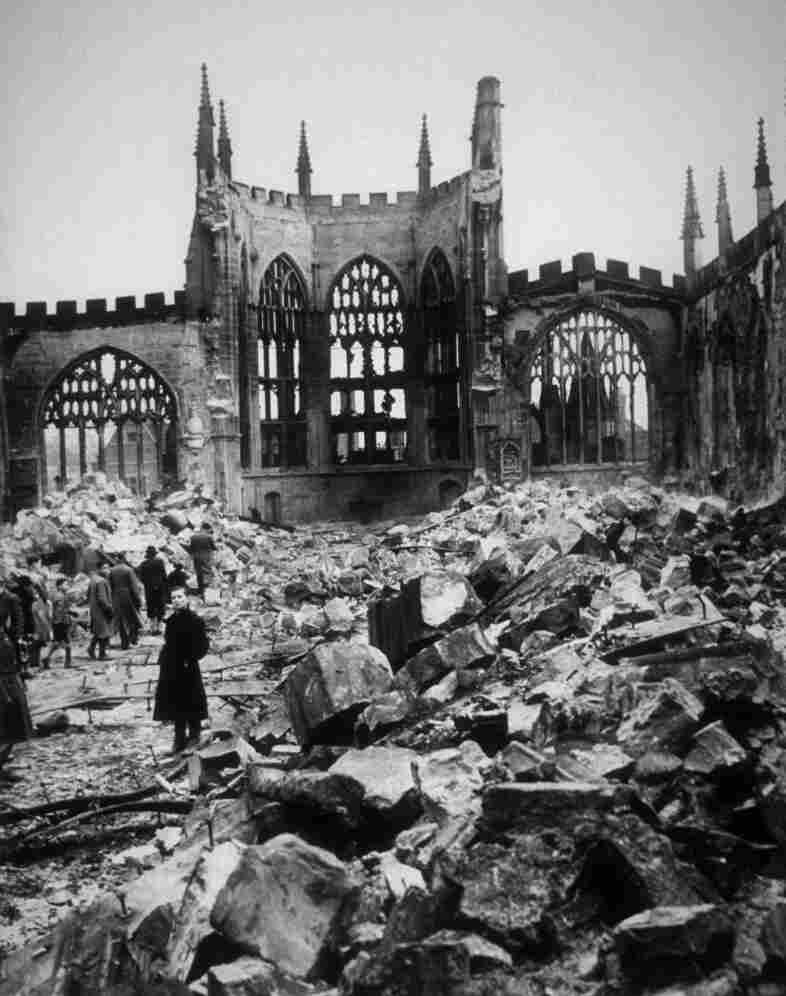 Coventry Cathedral in ruins, November 1940. Britten's War Requiem was written for the church's reconsecration more than 20 years after it was destroyed by German bombers. Central Press/Getty Images hide caption 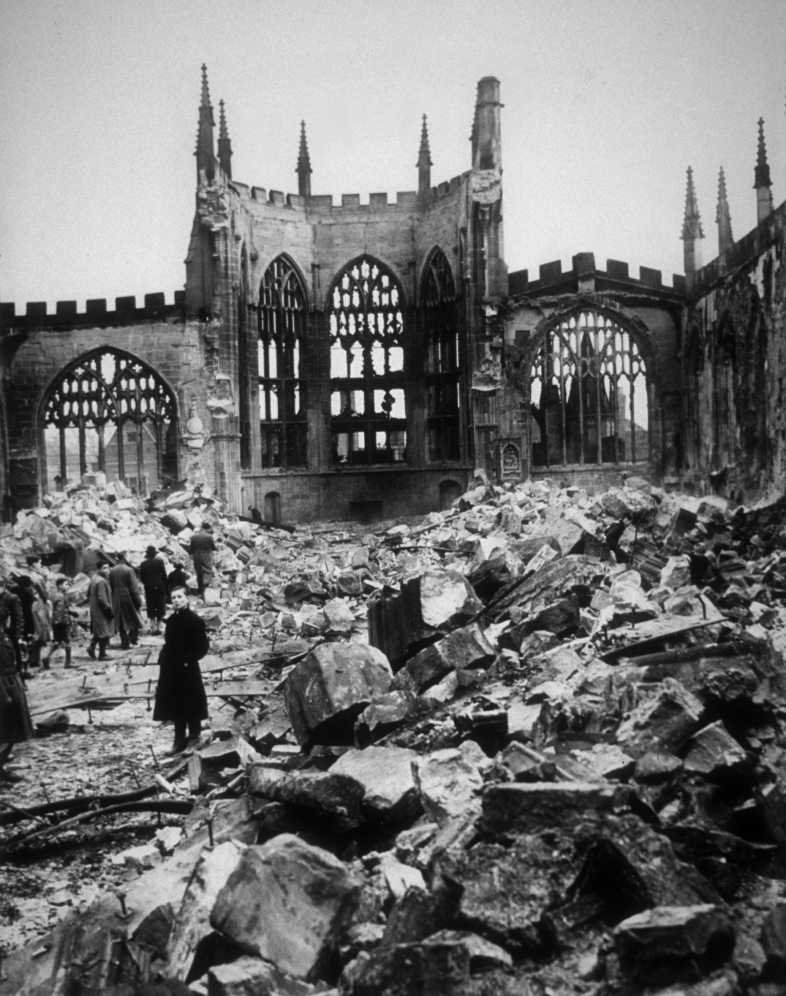 Coventry Cathedral in ruins, November 1940. Britten's War Requiem was written for the church's reconsecration more than 20 years after it was destroyed by German bombers.

Soprano and Illinois native Christine Brewer — once a music teacher in a small former coal-mining town — writes about not underestimating adolescents' powers of subtle understanding.

If you were choosing repertoire to explore with this age group, what would you pick? Tell us in the comments section below.

I work with a group of sixth graders in the little school where I used to teach in Marissa, Ill., about 60 miles southeast of St. Louis: a coal-mining town where the mines are now shuttered. The project, called "Opera-tunities," started out as a sort of geography lesson. The classroom teacher, Nancy Wagner, would pinpoint on a world map where I was performing. It was a sort of "Where in the World is Mrs. Brewer?" map. I asked her if I could drop in on the kids once in a while, and the project began to grow.

Now I visit the classes a few times a year and I bring my friends from the St. Louis Symphony to play. We talk about our lives as musicians and talk about music. David Robertson, the music director of the St. Louis Symphony, started inviting the class to attend closed rehearsals of whatever I was singing with the SLSO. To prepare the students for the music — ranging from Mozart's Requiem to the War Requiem by Benjamin Britten to Beethoven's opera Fidelio and even Wagner's Die Walküre -- Nancy would play CDs of recordings of the upcoming works, and I would spend time with the kids talking about the words I had to sing. 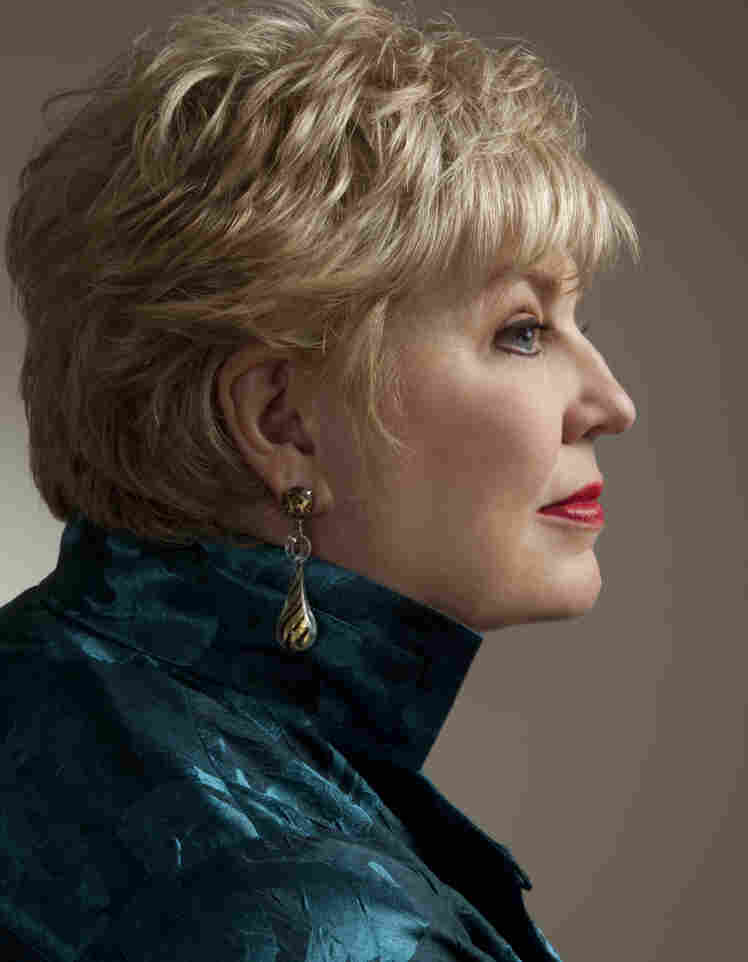 Soprano Christine Brewer, who brings music back to her hometown. Christian Steiner/courtesy of the artist hide caption 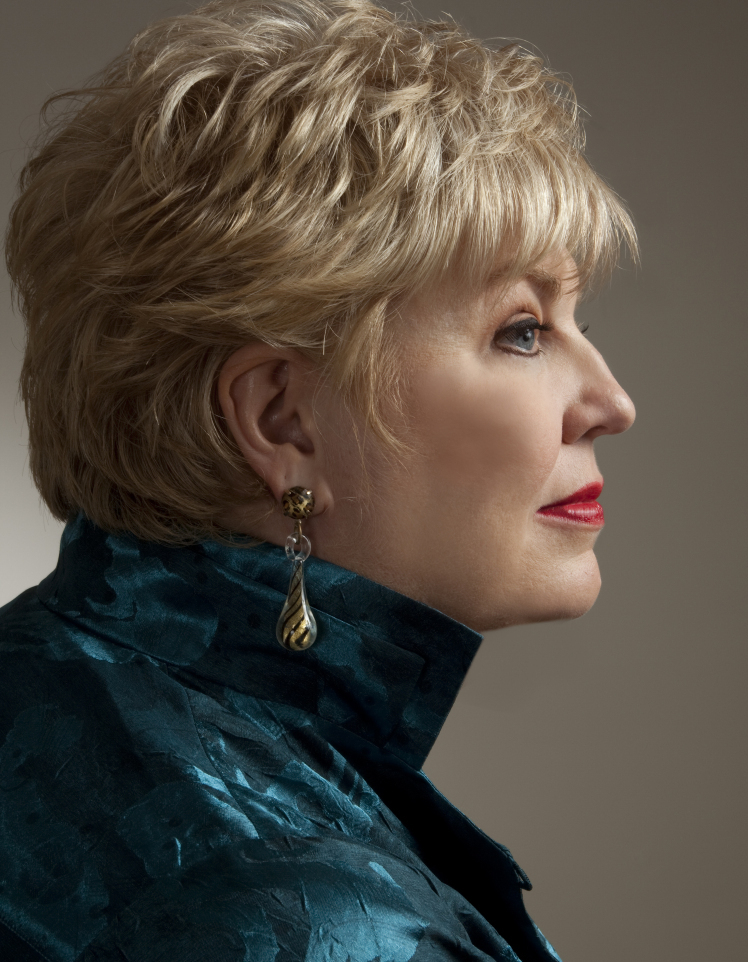 Soprano Christine Brewer, who brings music back to her hometown.

Christian Steiner/courtesy of the artist

One of my favorite "Opera-tunities" experiences came when we were studying the War Requiem. I thought perhaps Britten's piece might be a bit of a stretch for 12-year-olds, but was I ever wrong. Weeks before the rehearsals, I got e-mails from students with questions about the text. They had to look up words they didn't understand, and wanted to know what I thought.

A few days before the rehearsal, I drove down to Marissa to find the kids had a complete list of questions and discussion points. We sat in a big circle and started talking. At one point, a boy told me that he and his friend had been discussing the part of the Requiem where Abraham kills his son Isaac.

"You know that isn't the real story from the Bible," he told me. "They changed it for this piece!" I asked him why he thought Wilfred Owen, who wrote the text, had changed the story. He said that they thought Abraham represented the old men who start the wars and Isaac represented the young men who were killed in wars. Oh yeah, they got it!

I realized that many of these kids had brothers and sisters fighting in Iraq and Afghanistan. This subject was very near to their hearts. They came to the rehearsal and met David during lunchtime in the foyer of Powell Hall. He talked to them about how the rehearsal would work, and Nancy and I had already prepped them about proper rehearsal behavior. I explained that even if they wanted to applaud, they would have to suppress that desire, because in a rehearsal the conductor needs for everyone to be quiet so they can listen to what he says.

The kids were all seated and attentive as the rehearsal began. They didn't move. Now they were hearing the music and the words they had studied in class over the past weeks. At the end, they left quietly. A few days later, I received a package in the mail and in it there were beautiful thank-you letters. One girl said that she had to sit on her hands to make sure she wouldn't applaud, because she really wanted to clap for the beautiful music.

Some kids sent pictures they had drawn. I pasted one in the back of my War Requiem score that was inspired by the text the tenor sings: "Move him into the sun, gently its touch awoke him once, At home, whispering of fields unsown, Always it woke him, even in France ..." The picture features the sun in the upper corner, with rays pointing out. One ray has a hand at the bottom of it, touching a soldier who was lying on his back under a tree. Behind the soldier and the tree stands a figure dressed in death's cloak.

After that experience, I knew this program was special. The care and time that Nancy Wagner takes in the classroom gives the young listeners a foundation for what they are going to hear. She tells me she hears kids talking about Fidelio in the lunch room. Can you believe it? These are ordinary kids in a Midwestern school. Music has the power to touch their lives in a real way and I'm so happy to be able to witness it in a small way.