Stravinsky's 'Petrushka' At 100: A Composer Finds His Voice

Stravinsky's 'Petrushka' At 100: A Composer Finds His Voice 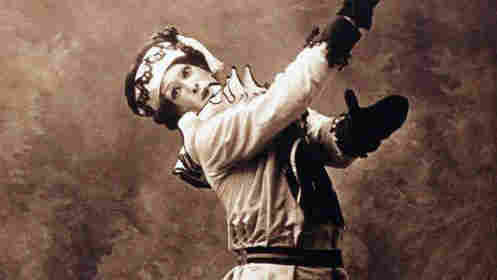 Igor Stravinsky was all of 28 years old in 1910 when he landed his first big hit, the ballet score to The Firebird, composed for the Ballets Russes, the influential dance company based in Paris.

Although the ballet's success changed Stravinsky's life forever, the music was not quite yet what we'd call (or even what the composer himself would call) "vintage Stravinsky." In The Firebird, the young composer dazzlingly displays all he absorbed, in style and form, from his mentors — tell-tale signs of Rimsky-Korsakov and Tchaikovsky, plus a French dusting of Debussy and Dukas.

Firebird looks backward as much as forward. But in Petrushka, Stravinsky's next collaboration with Ballets Russes, the young composer begins to uncover his true voice. Writer Jeremy Noble calls it "the ability to express physical gestures and movements (and the psychological states that prompt them) in purely musical terms." Ballet impresario Lincoln Kirstein put it more succinctly, saying that Stravinsky, for the first time, "made music, not to serve the dance, but to control it."

Petrushka didn't just pop out of Stravinsky's head fully formed. After The Firebird, plenty of ideas floated between Stravinsky and Ballet Russes impresario Sergei Diaghilev. Stravinsky told him of a strange dream, wherein he formed the idea for a piece about a pagan ritual with the working title The Great Sacrifice. That dream would come to life as the ferocious and groundbreaking Rite of Spring three years later.

But in late summer 1910, when Diaghilev visited Stravinsky, he was working on something completely different — a concert piece for piano and orchestra. Stravinsky's plan was to have a mischievous piano continually interrupt the orchestra, inhabiting the persona of Petrushka, the well-known character from Russian folk puppet theater.

A light bulb sparked in Diaghilev's head. The dramatic possibilities were plentiful and he convinced Stravinsky to make a left turn with the piece and create another ballet. The story revolves around a deadly love triangle between puppets who suddenly come to life — Petrushka, a ballerina and a Moor.

The rest of the creative team was lined up, including choreographer Michel Fokine and designer Alexandre Benois, and 100 years ago today, Vaslav Nijinsky danced the title role in Petrushka.

It was another grand success. Stravinsky had arrived — impressively. But who knew, at the time, just which direction he would take next?