Anyone with a piano at home can tell stories about piano tuners — or piano technicians, as they prefer to be called. In more than a dozen years of producing classical music here at NPR, I have a few stories myself about brilliant but picky pianists and the extraordinary demands they've made on our piano technicians. Like the time I had to page the entire building in search of a hairdryer so the felt hammers in the piano's guts could get a blow-dry.

The movie follows the adventures of Stefan Knüpfe, chief piano technician for the German branch of Steinway & Sons, who over the course of the film preps pianos for Lang Lang, Alfred Brendel, Rudolf Buchbinder, Julius Drake and the high priest of fussiness, Pierre-Laurent Aimard.

Very few pianists travel with their own instruments, so they're generally at the mercy of whichever piano resides in a given concert hall. Each pianist is in search of a perfect sound, and it's fascinating to see how they go about chasing it. Lang Lang shows up the morning of his concert in multicolored sneakers to test-drive a Steinway. After a few bars he stops, saying, "Somehow it's not so clean. It doesn't have a perfect disappearing." And there's a pedal problem. Later, at his recital, one wonders whether the pedal will even stay attached — or the keys, for that matter — as he practically pounds the instrument into matchsticks in Liszt's explosive Hungarian Rhapsody No. 6. He's a rock star. 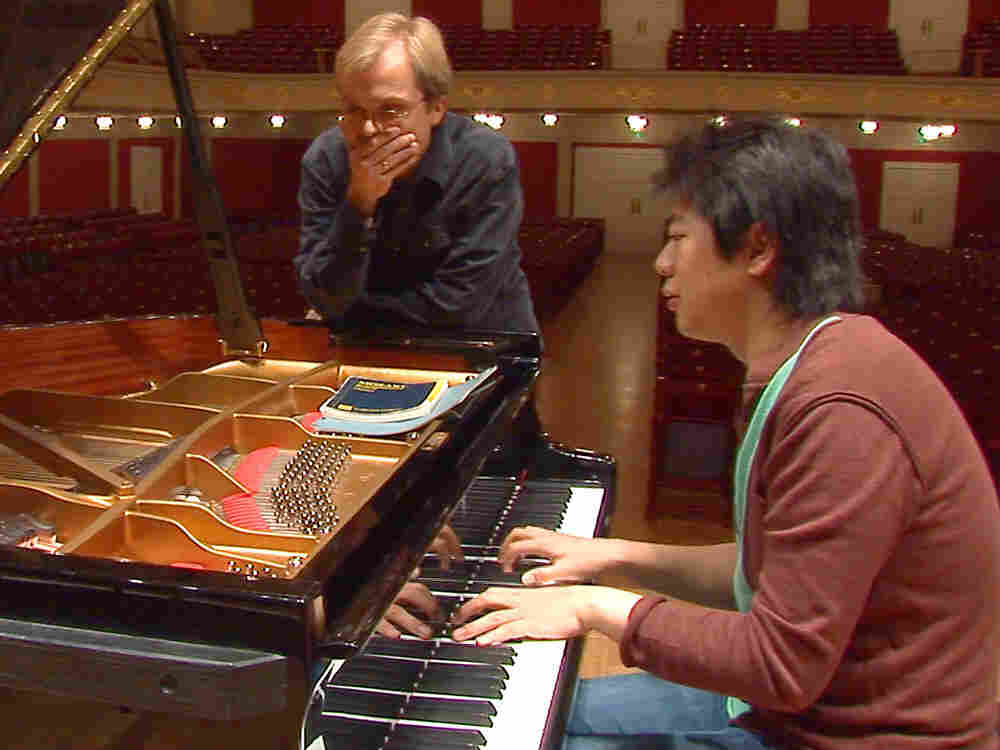 Brendel is more subtle. He runs his fingers lightly up and down the keyboard — something's not right. "Now we even out the tone," he says. Then calmly pronounces, as if reading the Ten Commandments, "A concert piano should have the same color from top to bottom and the same dynamic possibilities." Knüpfe steps in with his trusty wrench.

Some clients are more enigmatic with their assessments. Drake, preparing to accompany tenor Ian Bostridge, gives it to Knüpfe in a single phrase: "There isn't any magic in the piano."

And then there's Aimard. The longest thread in the film follows Knüpfe's quest to find the perfect piano for Aimard's approaching Bach recording and tweak it along the way to fit each style of Bach the pianist plans to record.

At the piano, Aimard hits a single note and explains that the pieces based on harpsichord works need a "deeper expression," more of an echo. When Knüpfe asks him if he wants a big, blossoming tone for the note or a more compact, intimate tone, Aimard responds, "I would like to have both." Knüpfe pulls out a tool, makes an adjustment, and Aimard plays the note again. He's pleased, but the satisfaction doesn't last long. He creates a lexicon for his needs in all the styles of Bach. There's the "clavicord-situation," "harpsichord-situation," "organ-situation," "chamber-situation" and the "ensemble-situation." It'll be Knüpfe's job to make sure all those needs are met, no matter how esoteric.

The film's overall focus won't appeal to everyone. Piano technicians might be in heaven, but I suspect I'm not alone in wishing for more music. After all, Franck and Cibis landed some of the greatest pianists working today, and it would have been more satisfying to hear the results of Knüpfe's magic in the form of actual performances. And it's easy to grow weary with the many scenes of Knüpfe, nervously pacing the hallways of grand venues like Vienna's Konzerthaus, worrying about the next crisis, not to mention the seemingly endless, overly detailed scenes of Aimard's recording sessions.

Still, Pianomania provides a fascinating glimpse into a very specialized corner of the music world. Pianist Andras Schiff once said, "Whatever we do on the piano is a collection of illusions." After watching Pianomania, you will understand.

Pianomania is screening in Chicago, Boston, Seattle, San Francisco and Washington, D.C. over the summer.