Accessibility links
What Makes Music American? : Deceptive Cadence For the Fourth of July we ponder the possibilities of a distinctly American sound in classical music. 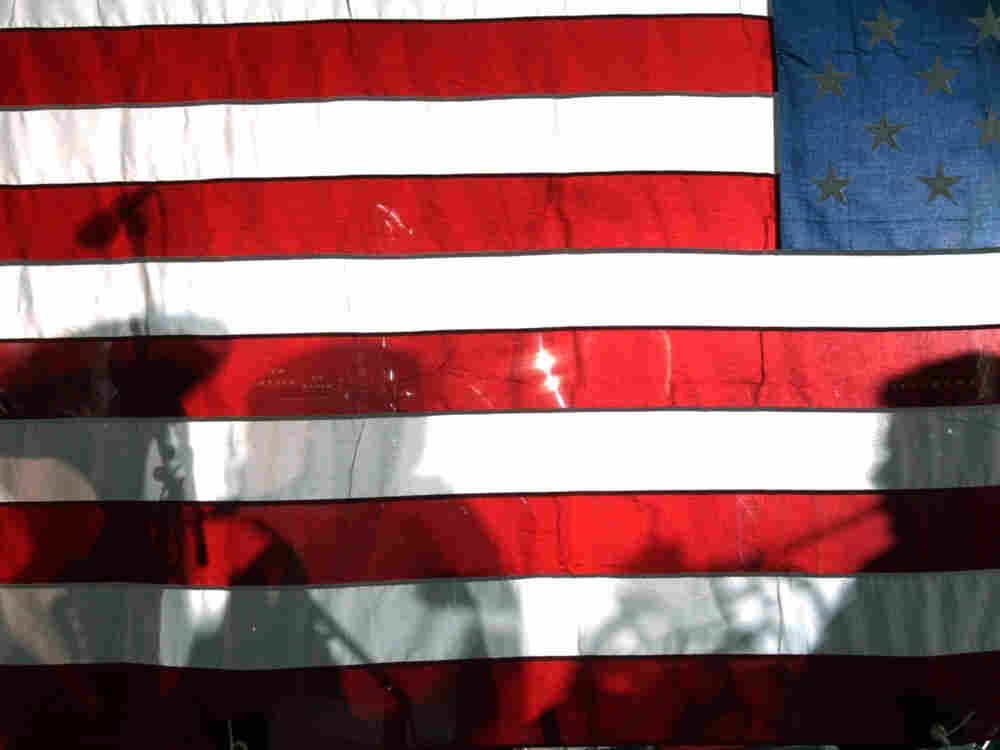 For the most part, we know why certain food tastes American, and what makes movies look American. But what about music? If music is, as they say, the "universal language," does some of it speak in a distinctively American dialect? With the most American of holidays just around the corner, we figured it was time for a little self-analysis.

In the 19th century, American composers came back from their studies in Europe and proceeded to write music that sounded remarkably like their German and French counterparts (think John Knowles Paine or Edward MacDowell). But eventually Americans found their own sound.

But what is that sound?

To help find an answer — if there is one — I shot off an e-mail to Baltimore Symphony conductor Marin Alsop, who is well-known for championing American music.

Marin Alsop: Without sounding too patriotic or even xenophobic, I really feel that what makes America "American" is inherently related to essence and ideal. America, for me, is still an ideal; a country of possibility, immediacy, access, inclusion and straightforwardness. It is a place where people can transcend class and challenge to achieve greatness.

Tom Huizenga: But can you hear that in our music?

MA: Risking gross stereotyping, it is a melting pot of styles, woven together with these fundamental themes. It's highly energized, rhythmic music derived from the blurring of lines between popular and "serious" styles — you can hear it in Gershwin and Bernstein. Then there's the descriptive tone painting of Copland, and the early American folk elements, as in Copland again, and Roy Harris.

TH: Speaking of taking risks ... at the risk of sounding like a music dweeb, I think if you did blind taste tests of orchestral music by, say, the American Richard Danielpour and the Frenchman Marc-André Dalbavie, you could probably tell which piece was from the U.S. In the crudest of generalizations, I tend to think a lot of American music sounds boisterous and not always refined.

note: Below are excerpts of two concertos. Can you tell which one is American?

Unidentified Concerto: final movement (Is this American music, or not?)

Unidentified Concerto: final movement (Is this American music, or not?)

MA: But America also has a sense of humor and a big heart. Contemporary composers like Michael Daugherty embrace American icons (Jackie O, Superman, Route 66) with a terrific sense of humor. John Corigliano expresses the depth of America's soul in works like his First Symphony and his Mr. Tambourine Man songs set to Bob Dylan poems. And Chris Rouse depicts the extremes of America — from urban din and violence to desperate apathy, replete with edgy rock music elements.

TH: I'm wondering if, these days, when we seem to have the world at our fingertips with the click of a mouse, it's getting tougher to tell what differentiates German, French, American or Mexican classical music. Colin Jacobsen, from the U.S.-based string quartet Brooklyn Rider, combined a traditional Iranian folk tune with original material in his "Ascending Bird." And American clarinetist and composer Evan Ziporyn blends guitar and piano with a Balinese gamelan in his opera A House in Bali.

MA: I think it's also important to note how other nationalities borrowed from us, especially early on when European composers like Ravel, Milhaud and Stravinsky "discovered" American jazz and began incorporating it into their serious works. But for me, American music will always be ecumenical, embracing, inclusive and absolutely thrilling!

For this Fourth of July, what music really says "America" to you?