Accessibility links
Alex Steinweiss: Remembering The Modern Cover Man : Deceptive Cadence Celebrating the life and work of the man whose big idea created a new artistic medium — and sold a lot of records along the way.

If you've ever fallen in love at first sight with an album, you owe a huge debt of gratitude to Alex Steinweiss, who died last week at the age of 94.

Steinweiss has been called the "inventor of the modern album cover." In 1940, as a youthful first art director of Columbia Records, where he had been hired to design the label's advertising materials, the Brooklyn native hit on the idea of replacing the plain brown paper wrapping of 78s with something far more eye-catching — and his work was pure genius. Steinweiss revolutionized how music was sold. After he redesigned Columbia's packaging for Rogers and Hart, sales went up almost 900 percent. His innovations didn't end there: In 1948, when LPs were introduced, Steinweiss designed the first LP jacket. In the process of enhancing music marketing, he invented a whole new artistic medium. 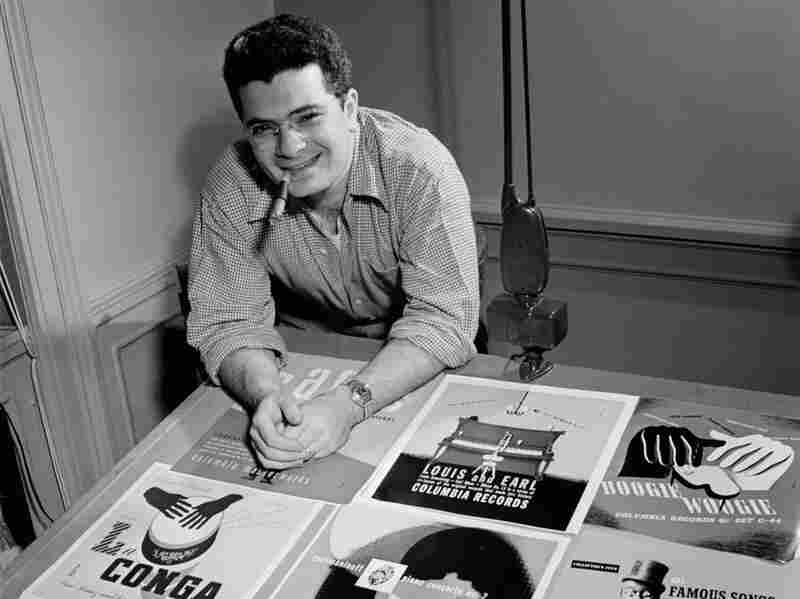 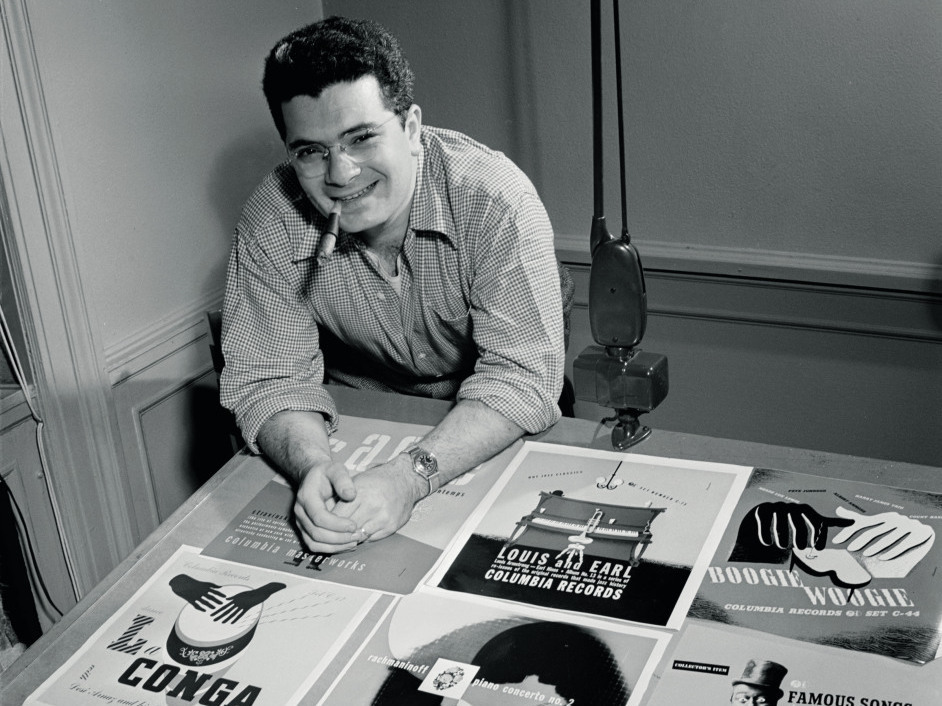 Alex Steinweiss photographed for DownBeat Magazine at his home studio, 1947.

If all that wasn't enough, his own design output of some 2500 classical, jazz, Broadway and pop covers over the course of his career, first at Columbia and later for other labels like Decca and the small imprint Everest, is absolutely astonishing.

Many of his covers featured his signature curly script — the "Steinweiss scrawl" — that, if seen out of context, seems like the dream cursive of a deliriously girly 9-year-old. But from a design perspective, the Steinweiss scrawl had ample benefits. He could include a great deal of information about the recording on the cover without sacrificing a sense of airy lightness. Moreover, he integrated the typography into the overall picture in a way that was fresh, innovative and visually striking.

Steinweiss adored opera and orchestral music, and the artwork he made is full of wit, verve, playfulness and an easy camaraderie with even the most high-art composers of the past. He summoned up Brahms through a bit of visual synecdoche, using the composer's famous cigar in lieu of a stuffy composer portrait, and communicated Gershwin's urban energy in busy color and clean shapes.

Just a few months before Steinweiss' death, the publisher Taschen released a marvelous title in several editions dedicated to his lifework. The simplest is 420 pages and weighs 7 pounds; the most elaborate, costing $1500, is numbered, signed and includes a signed serigraph of the Stravinsky Firebird Suite cover he made for Decca. It's a great tribute to both the man and his big idea — the one that created a whole new form of artistry and was the catalyst for how we think about recorded music today.