Accessibility links
Around The Classical Internet: July 29, 2011 : Deceptive Cadence From Israelis playing Wagner in Germany to a pirate-fighting operatic superstar: all the classical news that's fit to link. 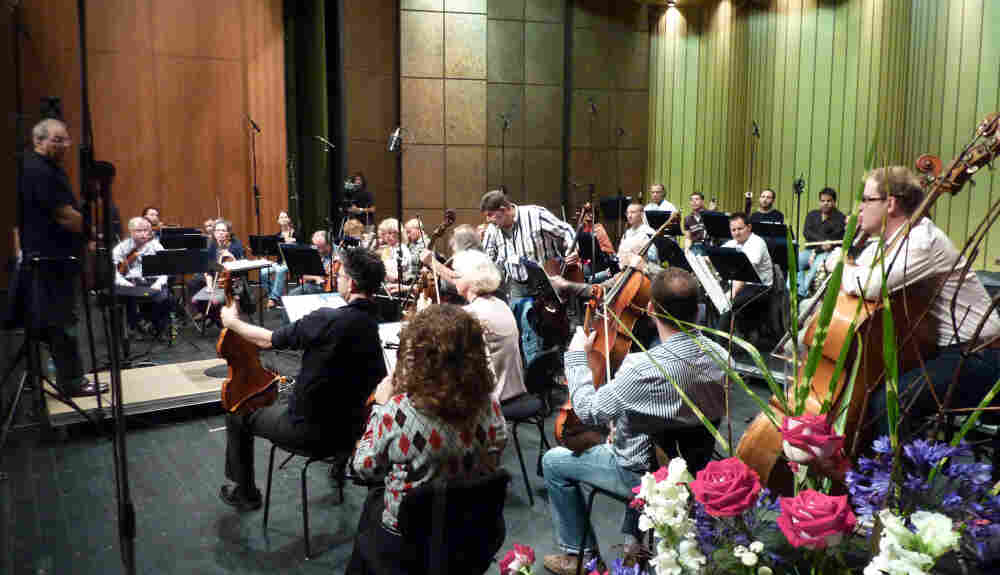 Conductor Roberto Paternostro leads a rehearsal with the Israel Chamber Orchestra on July 25, 2011 at the Bayreuth Festival in Germany.