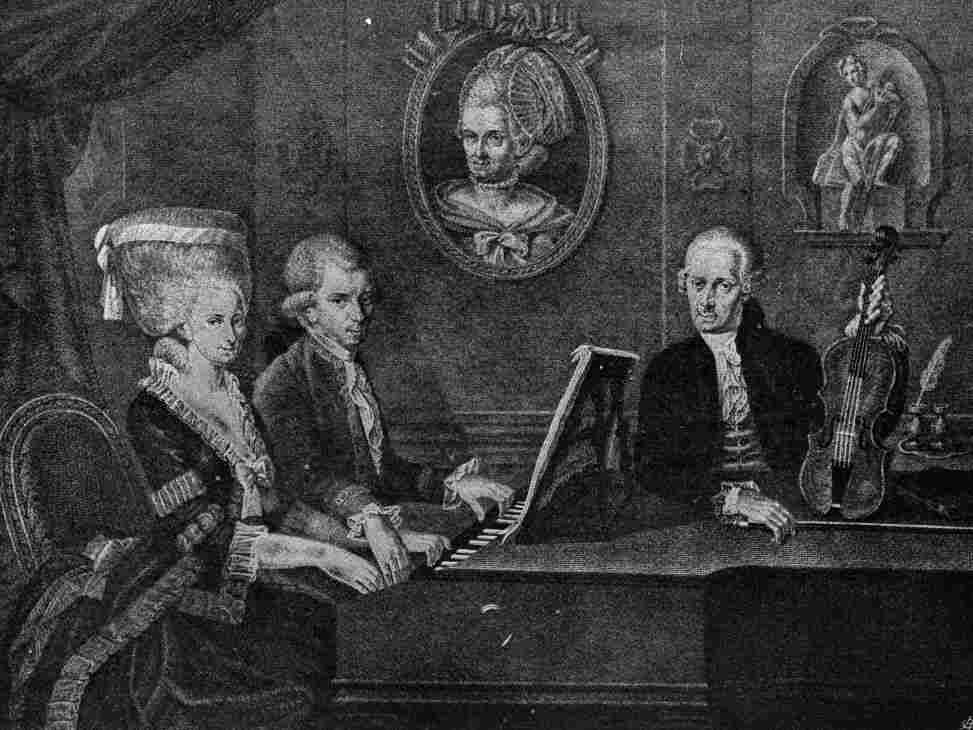 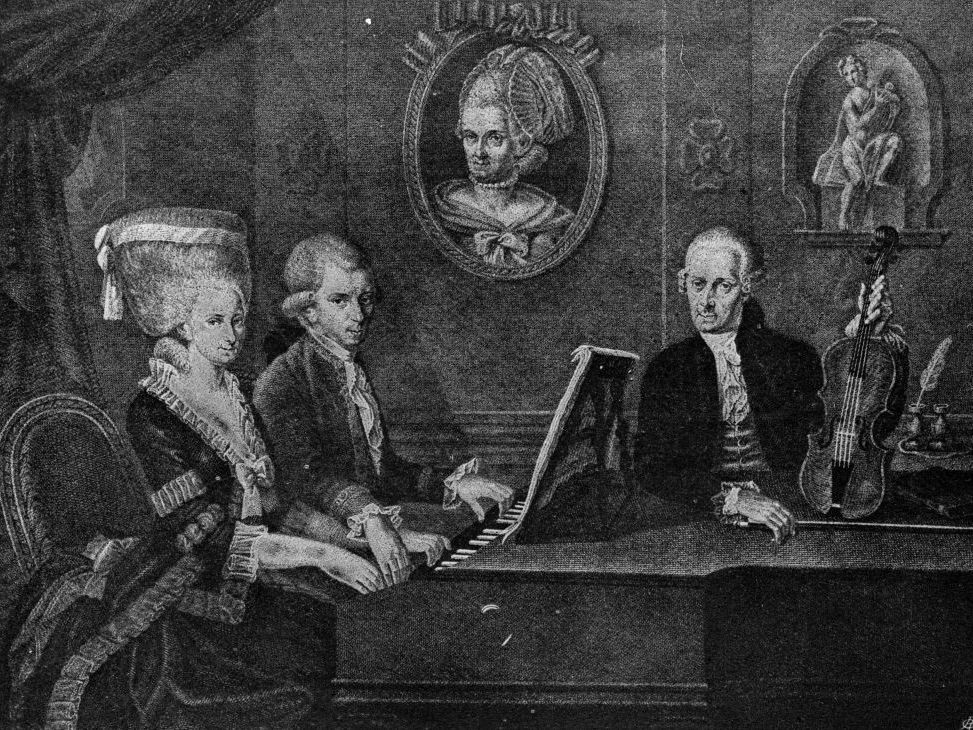 A 1779 portrait of the Mozarts: Nannerl, Wolfgang and their watchful father Leopold.

Was a genius neglected because she was a girl? That is the haunting question behind the new film Mozart's Sister, which has just opened in the U.S. In this highly fictionalized account, French director René Féret moves the spotlight onto Maria Anna Walburga Ignatia Mozart. Born in 1751, Nannerl, as she was called, was — along with her little brother Wolfgang — the only of her parents' seven children to survive.

Nannerl was said to be a formidably talented musician, perhaps one as talented as Wolfgang. Yet she eventually vanished into a mundane life as a wife and mother, just as her terrifyingly domineering father commanded. (The film focuses on Nannerl's adolescence, so we don't get to the historical point when Leopold demanded that Nannerl give him her son to raise, which really did happen; apparently, Leopold couldn't trust a mere woman for the job.)

In Féret's film, Nannerl is played by the director's striking daughter, Marie Féret. She is a luminous presence in this beautifully shot film, watchful and yet afire with unchanneled passion and totally squandered abilities. Despite Nannerl's gifts, it's unfathomable to Leopold that a mere girl would be worthy of composition lessons. (Though there are extant letters from Wolfgang urging his sister to keep writing, none of her compositions have survived.) Similarly, Leopold relegates Nannerl to singing and playing the harpsichord only — he forces her to abandon her beloved violin, believing it isn't an instrument suitable for girls.

Leopold has eyes only for little Wolfie, a wide-eyed boy who hovers at the periphery of the movie's action though the family's entire life — and livelihood — is pinned on him. The film opens with the exhausted Mozart family, fed up with the damp and cold, being hauled yet again by stage-daddy Leopold to yet another royal court to show Wolfie off.

But at the same time, Féret gently underscores the point that, like every other one of his characters, Leopold is shaped wholly by 18th-century mores. Everyone is caught in a web of expectations decreed by gender, class and family, including the new friend Féret provides Nannerl, the cloistered daughter of Louis XV.

The same is equally true of another invented relationship, this time with the king's dashing son the Dauphin, who was widowed at age sixteen. Burning with mad desire for each other, Nannerl and the Dauphin briefly play at an alternate reality — one in which they are each free to do as they please — before surrendering to their respective, family-dictated fates.

This film isn't the only recent attempt to revisit the compelling story of the engimatic Nannerl. There's Alison Bauld's 2005 novel Mozart's Sister, which gave rise to a short-lived Nannerl blog, and a 2006 Christian-focused novel by Nancy Moser titled — you guessed it — Mozart's Sister (Moser resolves Nannerl's sad status by saying it was all part of God's greater plan).

There's also a 2007 Italian page-turner by Rita Charbonnier called Mozart's Sister: A Novel. (I guess when you find a catchy, eye-grabbing title, you stay with it.) On a slightly different titular tip, there's also a 2008 young adult novel from Carolyn Meyer called In Mozart's Shadow: His Sister's Story, as well as a forthcoming historical thriller by Matt Rees called Mozart's Last Aria. Ree's tome sounds like the Da Vinci Code, but this time with Masons and musical manuscripts — and with Nannerl as the investigating detective.

Why this sudden blizzard of interest? Given the head-spinning array of imagined inner lives these novels and this film provide — and what little is actually known of her gifts or her own desires — we in the 21st century can project whatever image we want on poor Nannerl, from proto-feminist to evangelical handmaiden.

The little we know of the real Nannerl is compelling stuff, and guessing at what might have been provides a shadowed and haunting counterpoint to her brother's life. Like her talent, however, Nannerl's own convictions are destined to remain a mystery, and that's a tragedy in its own right.