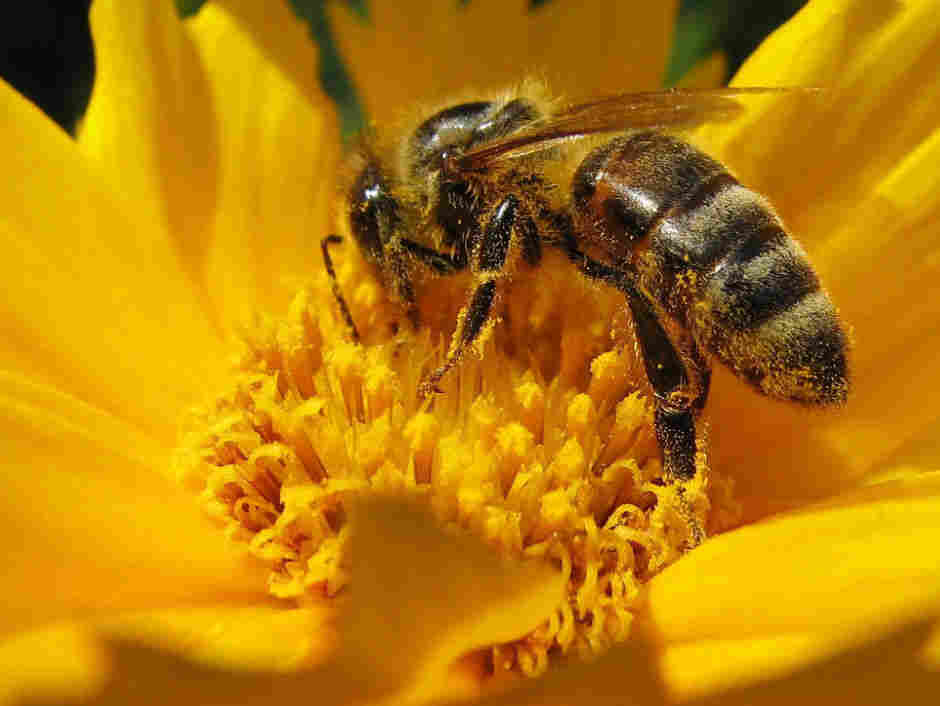 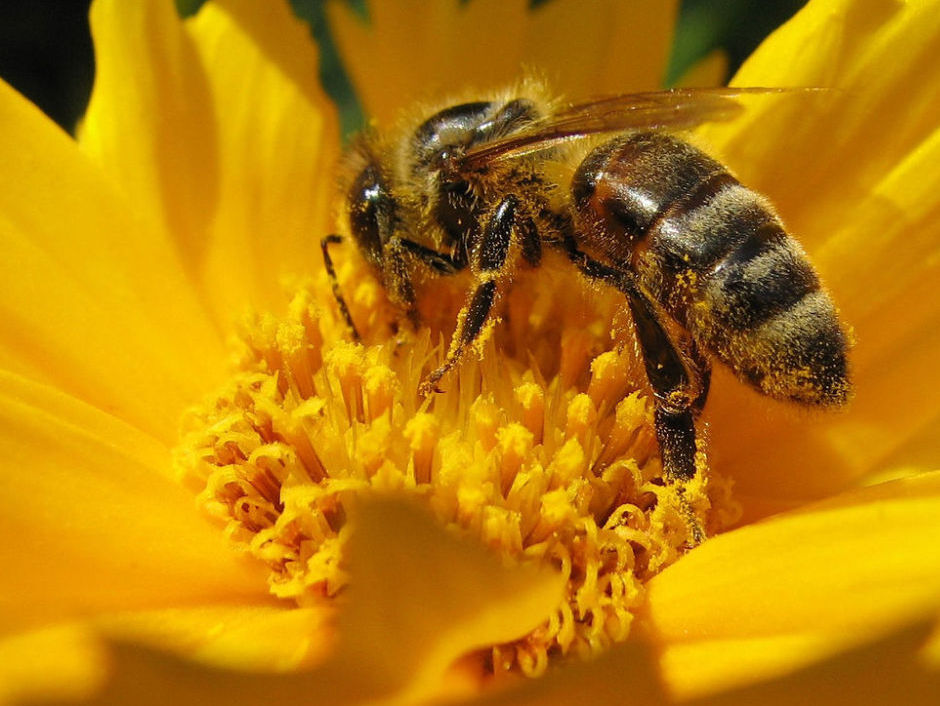 A bee at work.

It's the dog days of summer, but the sound of the season belongs to the bees. Fortunately, buzzing bees have inspired some lovely music. Morning Edition commentator Miles Hoffman has some suggestions.