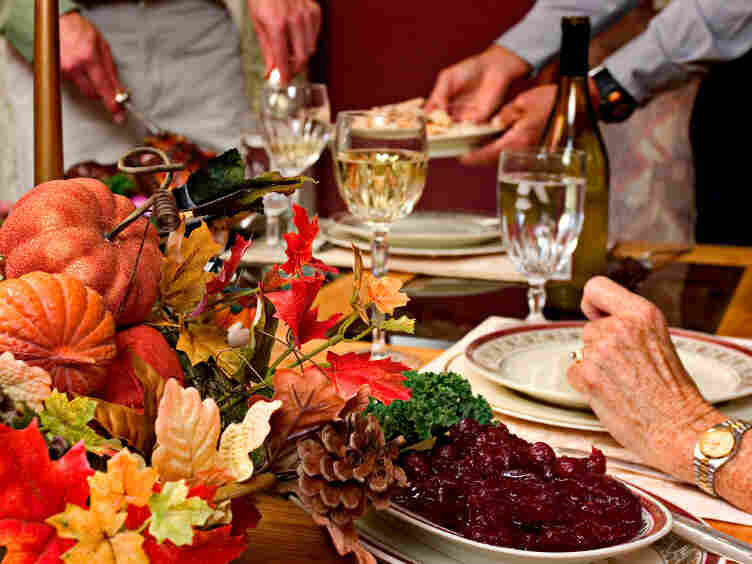 Which composers would you invite to your Thanksgiving table? iStockphoto.com hide caption

Thanksgiving is less than a week away, and while it might be a little too early to start cooking, it's probably time to finalize your guest list. Music commentator Miles Hoffman knows exactly whom he'd like to invite to the table. He says he's chosen only dead composers.

"That narrows the field, and that way nobody can turn me down, so I can invite whoever I want," Hoffman says. You can see Hoffman's top composer picks below, and hear their music. Oddly enough, some of the big guns are missing from his table.

"Mozart, especially, would be fun," Hoffman says. "But the problem is, we already know a lot about Mozart from his letters, what he thought about music and musicians, and his sense of humor — which was, I guess 'off color' would be the mildest way to put it. So there's not a lot of mystery to clear up with Mozart. And Beethoven? There was a little too much tendency for him to be rude and crabby."

Hoffman says they wouldn't be appropriate for thanksgiving dinner: "I'd invite them for lunch instead. Turkey sandwiches on the weekend after."

But what if you had to choose just a single guest? Hoffman recommends someone who might just want to entertain the dinner party.

"I'm thinking a guy like Leonard Bernstein would be a lot of fun," he says. "He'd probably take over the whole evening. Plus, he would sit down at the piano and play endlessly. And if you've got Bernstein, maybe you should have Gershwin, too. And the two of them would compete to see who's going to sit and play more of their own music."

Which composers would you invite to sit around your Thanksgiving table? Give us your guest list in the comments section.