Accessibility links
Talk Like An Opera Geek: Tuning Into Tenors : Deceptive Cadence If you're talking about the kings of the high Cs, make sure you know your facts from fabrications.

Hear The Tenors Belt It Out 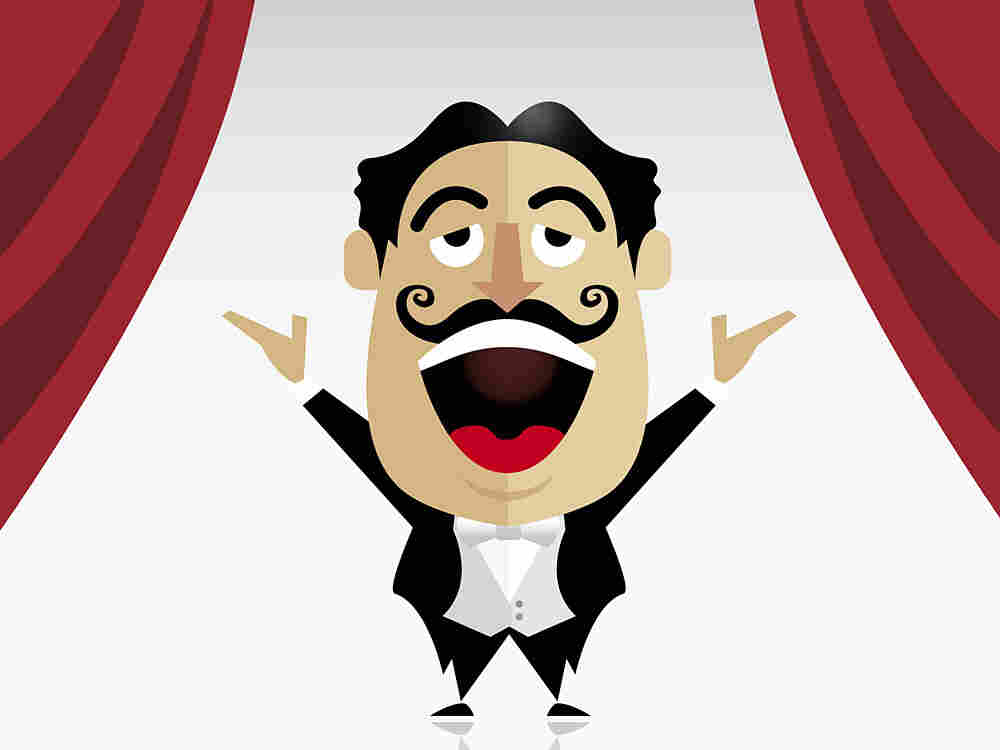 Tenors may be characterized as head-strong and unpredictable, but they can produce pretty sounds. iStock hide caption

In the opera world, when it comes to male singers, the tenor is the big star — think Pavarotti and Domingo. They get to play kings, heroes, swashbuckling lovers and high-maintenance romantics. They also get to sing the high notes, with a range generally from C below middle C on the bottom, and up two octaves to the so-called "high C." But tenors didn't always hog the limelight with their pinging notes and plum roles.

First, a quick history lesson on the word itself, which comes from the Latin tenere, or "to hold." And that explains the importance, early on, of the tenor line (or register) holding firm in comparison to the other vocal lines in polyphonic vocal music of the late medieval and Renaissance eras. The tenor part acted as a musical spine, a compositional foundation, even in non-vocal works.

The idea of the tenor might have been important in old church music, but that status did not immediately transfer to opera when it was invented around 1600. There were a few significant tenor roles from opera's earliest important composers, like Monteverdi and Caccini, but as musical tastes shifted, the powerful, ethereal, higher-flying voices of the castratos began to dominate. Composers from Handel through Mozart wrote starring roles for these surgically altered singers, who became the rock stars of the 1700s.

In the early 19th century, plum tenor roles become more plentiful, thanks to composers like Donizetti, Bellini and Verdi. And that's when the tenor began to acquire the characteristics we think of today — and not all of them necessarily good ones.

Tenors have a reputation for being headstrong, high-strung and erratic. Perhaps it's because so much is asked of them. Composers eventually required the voice to go higher (up to the F above high C in Bellini's I Puritani) and, as orchestras increased in size, louder. The tenor voice is, like all voices, a fragile instrument, and opera singers are asked to do a lot of heavy lifting with those two little vocal cords.

Below is a sample of a few kinds of tenors, based on the size and timbre of the voice — from the agile and light to the large and dark.

(Want to talk tenors? Leave your list of favorites and your thoughts in the comments section.)

Hear The Tenors Belt It Out

The tenore di grazia goes by a few other names too — like leggero or lyric coloratura — but they all refer to a light, airy and flexible voice capable of navigating roller coaster scales and, on occasion, super high notes. Rossini wrote plenty of roles with this type of tenor in mind, and few sing his spectacularly difficult music better than the Peruvian tenor Juan Diego Flórez. There was a time a century ago when we had very few tenors of this breed, as Rossini's music was out of style. But you can thank the bel canto revival of the 1950s (largely due to the arrival of Maria Callas) for resuscitating the tenore di grazia. Other great tenors of this ilk include: Lawrence Brownlee, Tito Schipa, Leopold Simoneau and soul singer Jackie Wilson.

Lyric tenors have more warmth, volume and usually a little more color in their voices than the tenore di grazia above. These voices, as a whole, are a little heavier, yet lyric tenors sometimes sing roles associated with voice types on either side of them. Joseph Calleja, from Malta, has plenty of Mediterranean sunshine in his voice, plus golden warmth and an old-fashioned flickering vibrato reminiscent of some of the great lyric tenors from the early 20th century, such as Alessandro Bonci and Giacomo Lauri-Volpi. Note how Calleja rides the gorgeous, flowing line of Bizet's music in this excerpt from The Pearl Fishers. 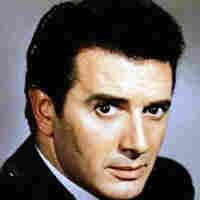 As in our discussion of spinto sopranos, "spinto" means pushed. And spinto tenors, like their soprano counterparts, have essentially lyric voices, yet their weightier voices can be "pushed" into slightly heavier roles. These tenors achieve power through the right combination of head and chest resonance, projecting high notes over a Puccini or Verdi-sized orchestra without strain. My favorite tenor of this type is Franco Corelli. Listen to him rev his muscular, shining voice in the high note (held extra long) in Puccini's "Nessun Dorma." Other great spinto tenors are Jussi Bjorling, Carlo Bergonzi, Jonas Kaufmann and rocker Robert Plant.

The dramatic tenor — sometimes called tenore robusto — sports a stronger, weightier and generally darker-hued voice than the spintos. It should be able to ring out, trumpet-like, over a huge orchestra in operas such as Verdi's Otello, Beethoven's Fidelio and Leoncavallo's Pagliacci. This voice can even sound burnished and baritone-like in the lower register — like the famed Enrico Caruso or Placido Domingo. It can possess a broad, steely shine, as in the case of today's Ben Heppner. The impressive Francesco Tamagno created the title role in Verdi's Otello in 1887. He made this recording of the opening "Esultate" 16 years later, when he was 52. 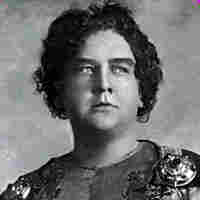 Heldentenors are mainly associated with Wagner's operas, which require the mightiest of tenors simply to be heard over the composer's lush, overstuffed orchestration. These tenors are, in all practicality, dramatic tenors who sing a lot of Wagner. Given the length of Wagner's operas and their sonic proportions, it's no surprise that fewer really great heldentenors exist than any other type of tenor. Still, the jolt of electricity generated from hearing a truly great Wagnerian tenor is a particular thrill. Lauritz Melchior, who began his career as a baritone, provided that excitement for 40 years. His clarion tones are steely strong in this excerpt from Siegfried. Other great heldentenors include Jon Vickers, Wolfgang Windgassen and Johan Botha. In the world of rock, the Who's Roger Daltrey might, in his prime, have made not just a terrific Tommy but also a listenable Lohengrin.