'The Nutcracker' — Pirouettes With Popcorn

'The Nutcracker' — Pirouettes With Popcorn 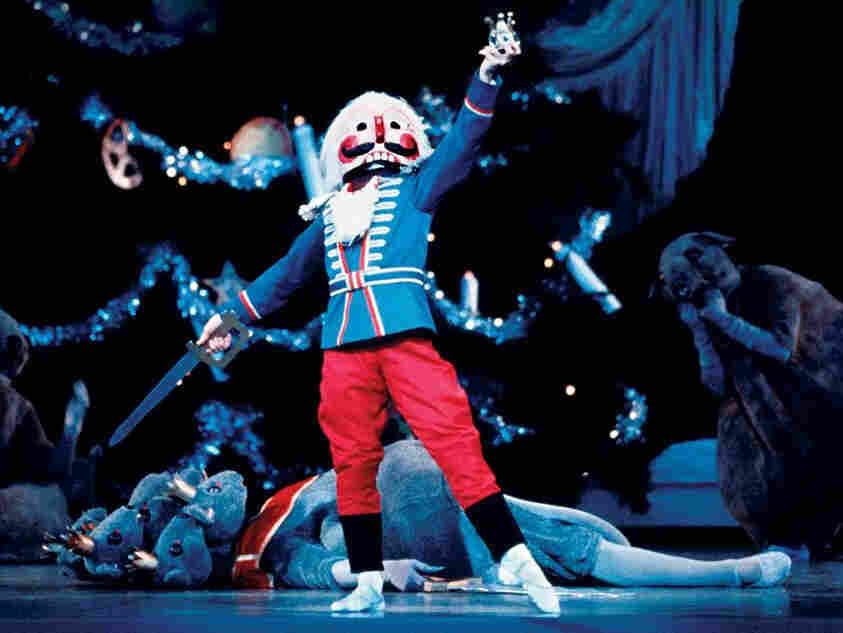 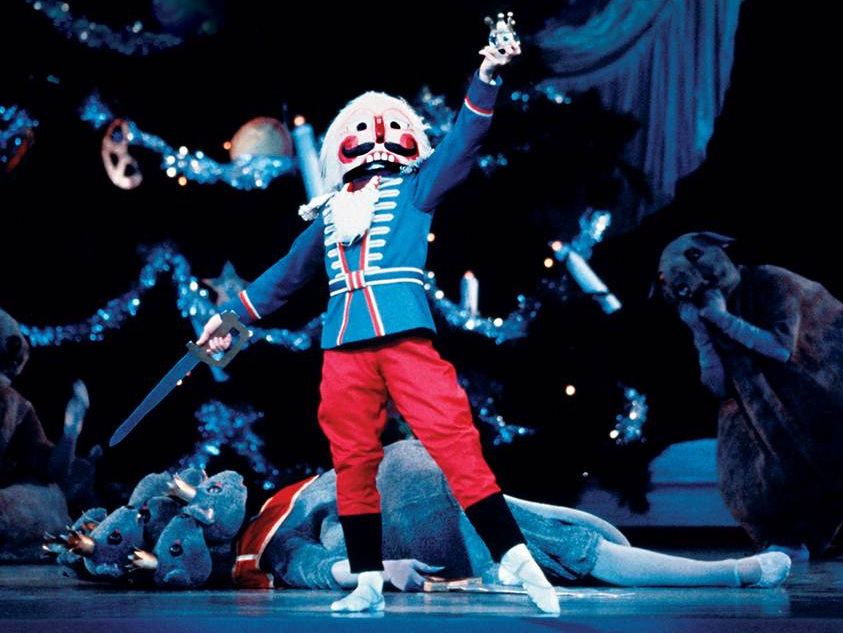 Last night, I herded my family to a movie theater in the New York suburbs to see the New York City Ballet's first venture into high-definition simulcasts — the kind that have boosted the Metropolitan Opera's profile worldwide. Tchaikovsky's classic ballet — the bread-and-butter production of probably every ballet company — must have seemed like the obvious way to start, and more than 500 theaters around the U.S. showed this simulcast.

It wasn't my 5-year-old daughter's first Nutcracker, or even her first George Balanchine Nutcracker. We took her to Lincoln Center last year for the full experience — velvet dress, check; gasp when the 41-foot tree rises higher and higher, check. But this year, we let her decide whether to sit pretty high up at the live show or head to a nearby multiplex. She chose the close-ups. Afterwards, in a typically Solomonic pronouncement of a 5-year-old, she declared: "I like them both best."

The theater was probably only about a quarter full, with just a handful of children — the supposed main target audience — in attendance. (We were surrounded mostly by middle-aged and older folks.) I don't know if that was a typical turnout nationwide, or if ticket sales at our theater were slow because we were so close to the real action at Lincoln Center. But it's pretty safe to say that despite our small numbers, everyone had a wonderful time. Applause broke out at the end of various scenes and at the ballet's conclusion, just as if the performers could hear and acknowledge our appreciation.

Still, we missed a lot about the live experience. The energy was all one-sided. The interaction performers thrive on (and that dancers talked about in on-screen interviews before the show and at intermission) went totally missing. And some of the close-ups were crazily plotted. As my husband observed, he didn't want to watch Clara/Marie's reaction to her little prince's big solo in Act 2; he just wanted to see the kid dance.

All the same, my daughter loved seeing the details of the dancers' movements, costumes and feet. She also adored all the backstage chats (though the adults among us weren't so keen on the evening's obviously nervous hostess, Kelly Ripa). And yes, my daughter danced her way out of the theater, which is about just as good as it gets.

This week, we're not the only ones thinking about the financial and cultural impact of HD theatrical broadcasts. In this podcast from our friends at WQXR Classical, host Naomi Lewin sits down to discuss the HD simulcast trend with Robin Pogrebin, cultural reporter at the New York Times; David Patrick Stearns, classical music critic of the Philadelphia Inquirer and a contributor to WRTI Radio; and Barry Rebo, a managing partner at Emerging Pictures, which distributes performances by companies like La Scala opera house, the Royal Opera House and the Bolshoi Ballet.