Accessibility links
Aretha Franklin Is Looking For The Next Great Star ... Of Opera : Deceptive Cadence The Queen of Soul is looking for a prince or princess of Puccini in a new competition for opera singers. And she's the one judging. 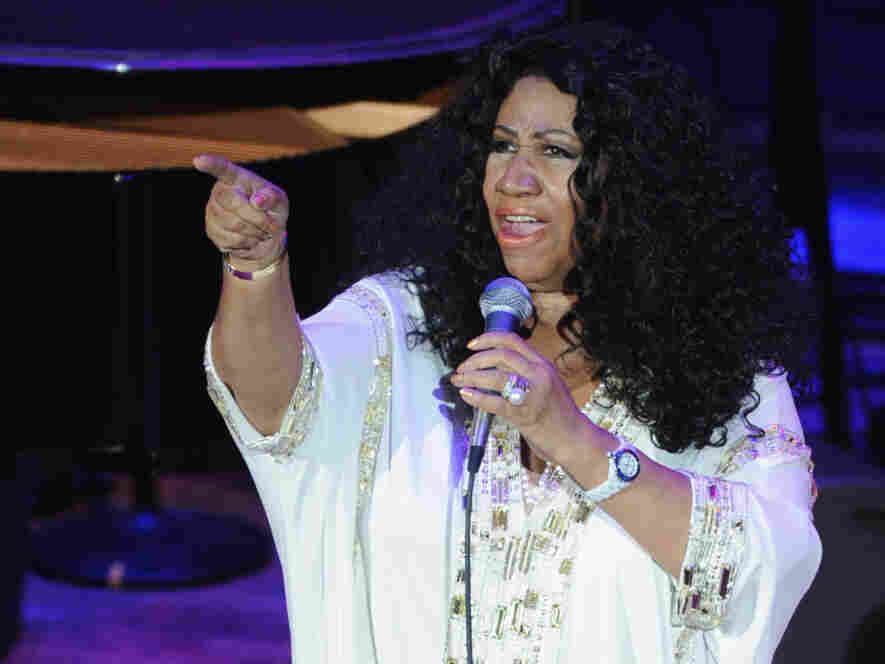 Will the Queen of Soul point the way to opera's next big talent? Rick Diamond/Getty Images hide caption 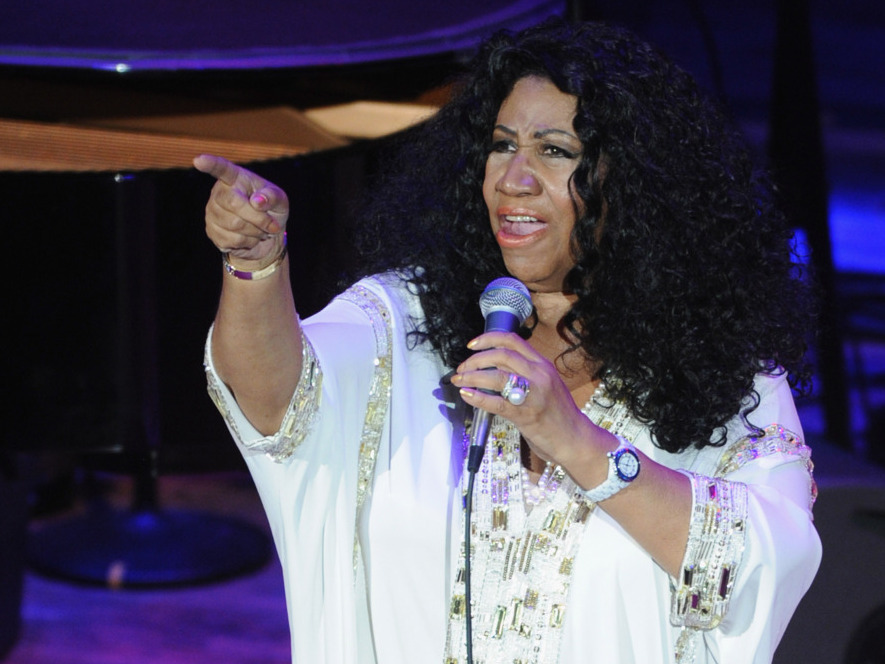 Will the Queen of Soul point the way to opera's next big talent?

American Idol, The Sing-Off, The Voice — there's no shortage of over-the-top, glitzy, ratings-driven music competitions on TV. And now Aretha Franklin is getting in on the singing contest circuit, but she's turning her searchlight on the world of classical music. That's right — the Queen of Soul is searching for the next great opera singer.

"Some of the older classical singers like Jessye Norman, Leontyne [Price] and Barbara Hendricks are retiring, they're not singing anymore, and I'd like to see some younger singers come along and take their place," Franklin says. (Actually, Price retired from the opera stage in 1985.)

If she likes what she hears, Franklin will sign one, two or maybe even three performers to her label, Aretha's Records, and help them get established in the world of classical music.

The competition itself is decidedly low-tech. Franklin is asking interested 18- to 40-year-olds to send their demos — via CDs or cassettes — to her directly. There's no studio audience and no toll-free number for you to call or text your vote. Just your demo, an 8-by-10 head shot and a resume. And no original songs allowed.

"I'd like to hear them sing the classics," Franklin says. "Things like 'Nessun Dorma.' " Giacomo Puccini's aria from his opera Turandot is what Franklin herself famously sang when she filled in for Luciano Pavarotti at the 1998 Grammy Awards.

Franklin says she's seeking "just the classical aspirants, just the people who are actively studying," someone she describes as a person "who is very close to being accomplished."

And Franklin herself will be the judge. "If they're a new artist who's really got it, I'd like to hear them," she says.

But Brian Carter, a singer who is wrapping up his doctorate degree studies in vocal performance at the University of Michigan, is leery of Franklin's idea: "My reaction to that is, if someone asked me to judge who was going to be the next big R&B person, I'd be equally wary." Carter says that he doesn't mean to question Franklin's credentials, but that he hopes that "if she's going to do this right, that she's going to get good people who are going to help her make the right decision, and that the person they get really is a serious opera singer and not a pop-culture version of a good opera singer."

Carter contends that singers should be "peer reviewed" by real opera professionals, not "pop reviewed" like the singers on shows like Britain's Got Talent, where amateur singer Paul Potts won for his rendition of Puccini's "Nessun Dorma."

Mezzo-soprano Sarah Nisbett, 29, says pop review or peer review doesn't matter; she definitely plans to audition. She thinks the blending of pure classical with something a little more funky and popular is exciting.

"Anything that can bring opera into a more mainstream world I think is great," Nisbett says. "I think it could be good to have a 'pop music' chaperon to say, 'Hi, everybody, I'm pop music, you might enjoy my friend opera!' "

Nisbett's so excited about the competition that one might even say she's hallucinating — like the other day, when she got an email from a friend telling her about Franklin's open auditions. Nisbett says that as she was reading it, "My phone starts ringing, and it's a 313 area code so I know it's Detroit, and I'm thinking, 'Oh my gosh, she knows I'm reading it, she's already selected me!" Nisbett laughs.

Well, a girl can always dream.