Accessibility links
Talk Like An Opera Geek: In the Basement With The Basses : Deceptive Cadence With opera's subterranean serenaders, it's important to know a basso buffo from a basso profondo.

Talk Like An Opera Geek: In the Basement With The Basses

Talk Like An Opera Geek: In the Basement With The Basses 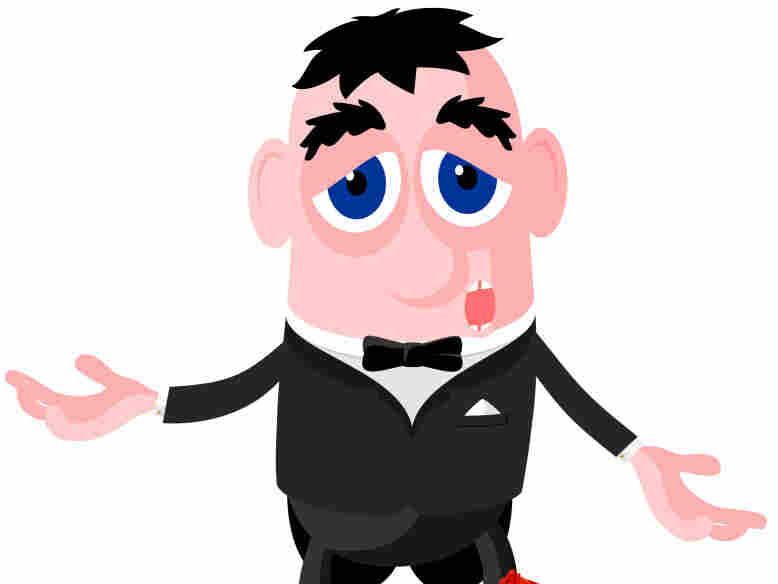 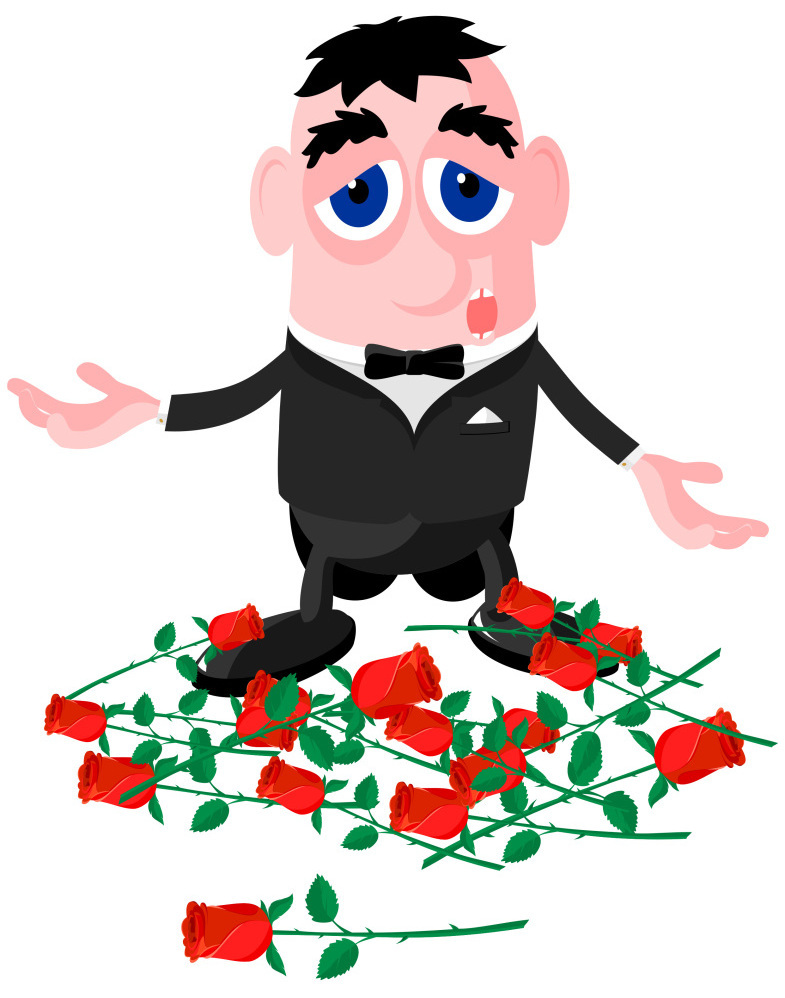 Seismic singing from the bottommost voices: Know your basso buffo from your basso profondo.

We've been descending though the vocal ranges over the past few weeks, from soprano and mezzo down to tenor and baritone. We've finally landed in the basement of the singing structure — the bass. And like the other voices, the basses are divided into types based on size, tone color and repertoire that fits each one best.

As for the range itself, our subterranean serenaders can usually extend up to the F above middle C and sink as low as the second C below middle C.

Before the advent of opera in about 1600, it seems there was little use for the bass voice. The florid, polyphonic music of the 13th and early 14th centuries was fixated on the tenor range for the cantus firmus or "fixed melody." That slowly changed as composers like Johannes Ockeghem began beefing up their harmonies by writing multiple lines for the lowest voices. In the last quarter of the 16th century, basses were finally getting some respect, and by the time opera was born good basses were in demand.

Monteverdi, one of opera's originators, wrote for basses — not in lead roles, yet in such memorable ones such as Seneca in The Coronation of Poppea from 1643 (hear it below).

Operatic basses, from the start, were most often singing parts for imposing characters — kings, conquerors or villains. The voice was occasionally the butt of some musical humor, as comedic roles emphasized wide swings within the voice range and sometimes farcical stammering, usually ending with a phrase that plummeted to the very lowest possible note. These types of roles, and their singers, were eventually called basso buffo, and few composers were better at writing these parts than Rossini — although Mozart and Donizetti also provided a generous number of hilarious examples.

By the 19th century, the operatic baritone, as a voice type, split off from the bass and gave way to a new dramatic area for composers to explore, most significantly Verdi. He began to give musically and emotionally rich roles to baritones, saving the elderly priests, servants and royals for the basses. Wagner, on the other hand, relished his bottommost voices, composing key roles for basses in all of his major music dramas. The Russians, cherishing their tradition of subbasement basses in liturgical music, created lead roles for them in operas like Boris Godunov, Khovanshchina and A Life for the Tsar. Closer to our own time, the bass has found favor in operas by Benjamin Britten (Swallow in Peter Grimes, Claggart in Billy Budd) and John Adams (Groves in Doctor Atomic and Henry Kissinger in Nixon in China).

Below, you'll find an exceedingly subjective roster of basses singing signature roles. Got your own favorites? Let us know about them in the comments section.

Also called a basso cantabile (singing bass), high lyric basses, because of their lighter weight, share vocal territory with bass-baritones and even some true baritones. The title role in Mussorgsky's Boris Godunov is at turns gruff and emotionally charged, and no one took more advantage of its dramatic possibilities than Russian bass Feodor Chaliapin, who virtually owned the role in the first three decades of the 20th century. This 1928 performance of Boris's Farewell, recorded live at Covent Garden, shows off the great singing actor at his best, in what critic John Steane called "a masterpiece of dramatic resource and command." Other great singers of this ilk include Pol Plaçon, Ezio Pinza and Samuel Ramey. 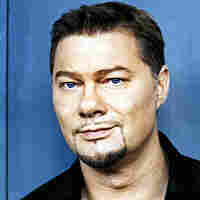 The difference between lyric and dramatic high basses is not so much in vocal range but in the style of the role — generally more declamatory, with fewer flowing lines and more dramatic punch. As with the designation above, the high dramatic bass intersects with the bass-baritone. Roles like the title character of Borodin's Prince Igor, Klingsor in Wagner's Parsifal and Philip II in Verdi's Don Carlo are a good fit. Perhaps the meatiest is Wotan, chief of the gods, who appears in most of Wagner's epic Ring cycle. Wagnerites are perpetually worried about the state of Wagner singing, and whether there are enough powerful voices to populate his operas. Yet there has been no shortage of excellent Wotans over the years — Friedrich Schorr, Hans Hotter, James Morris. Hopes are high for the young Eric Owens and especially German bass René Pape, who made his debut in the role in 2010. Listen to how the final phrase of Wotan's farewell rings out: "He who fears my spear shall never pass through the fire!" 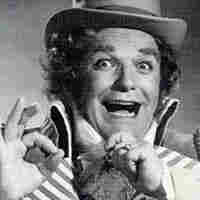 The buffo (comic) bass is a dramatic specialty confined mainly to comic Italian operas including Rossini's Barber of Seville and Cenerentola, Donizetti's Don Pasquale and Mozart's Cosi fan Tutte. These lyrical roles require agility, comic timing and the ability to sing lightning-fast patter and the occasional extended falsetto passage. The characters are usually bumbling old men, uncles, doctors and fools of various stripes. Swiss-born bass Fernando Corena was so at ease in the basso buffo repertoire, he was often mistaken for an Italian. Listen to him patter on at high speed as Don Magnifico, father of Cinderella, listing the many luxuries he expects as the future father-in-law of the prince. Other fine buffos include Enzo Dara, Michele Pertusi and Ferrucio Furlanetto. 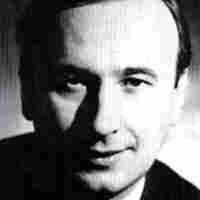 As the moniker suggests, basso profondos are indeed profound in their rumblings, descending down to the second C below middle C. Some even go lower. Mozart is usually credited with writing the lowest note now in the standard repertoire — a low D for Osmin in The Abduction from the Seraglio. But profoundly deep notes precede Mozart by more than a century. Even near the dawn of opera, basses had a few choice roles, such as Seneca in Monteverdi's 1643 hit The Coronation of Poppea. The composer even wrote a low D for the character, perhaps a metaphor for Seneca's demise, as he calls for a bath in which he will slit his wrists and let "the warm current of my guiltless blood paint my road to death with royal purple." The final low note, on the word "strada," is nailed perfectly by German bass Eduard Wollitz. 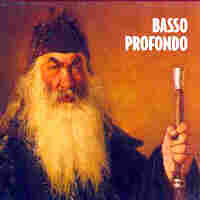 Do not cast me off in the time of old age (Ne otverzhi mene vo vremya starosti), for chorus, Op. 40/5

How low can you go? It may be wise to remove any valuable china from precarious positions before clicking on this excerpt, which features Yuri Wichniakov (aided by fellow soloists Viktor Kruchenkov and Boris Tchepikov) from the Russian choir called Orthodox Singers. Wichniakov sinks all the way down to a low G in this 1998 recording of Tchesnokov's "Do Not Reject Me in My Old Age." The Slavic church has a rich history of low-lying basses. Berlioz remarked on them when he visited St. Petersburg in 1847, and three years earlier Schumann compared them to low notes on the organ. Dramatic basso profondo roles include Hagen (Wagner's Die Götterdämmerung), Commendatore (Mozart's Don Giovanni), Grand Inquisitor (Verdi's Don Carlo) and the Viking Guest (Rimsky-Korsakov's Sadko).