Accessibility links
Talk Like An Opera Geek: Arias, Odds And Ends : Deceptive Cadence From recitative to cabaletta, we've got the skinny on what's sung when the singer stands alone.

Talk Like An Opera Geek: Arias, Odds And Ends

Talk Like An Opera Geek: Arias, Odds And Ends 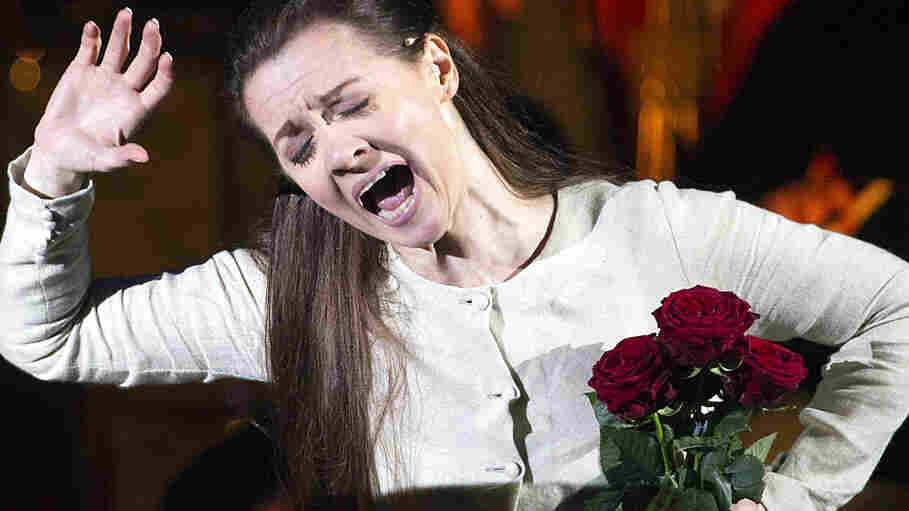 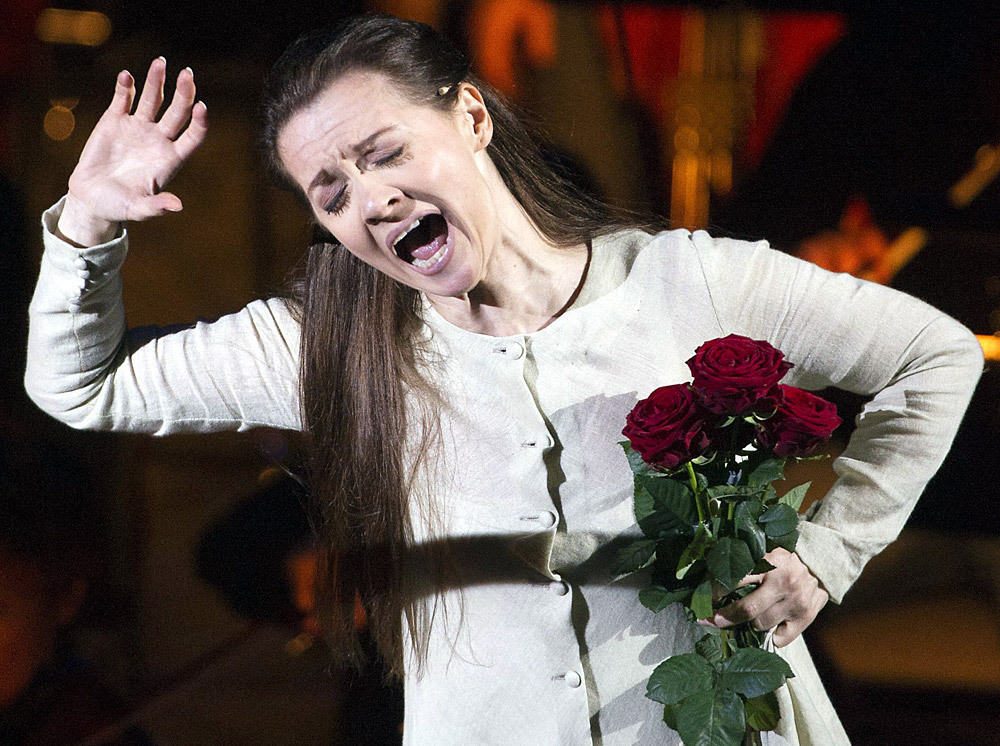 It happens every day. You're at the opera and the know-it-all next to you starts analyzing arias, cataloging cabalettas and generally running on about recitatives. You gulp your champagne with equal measures of disgust and shame.

If you only knew what the oaf was pontificating about, you could call his bluff on buzzwords from da capo arias to ariosos. For such occasions, a little operatic ammunition — in the form of jargon-busting — is necessary.

This week, a few words on the basic song unit of opera — the aria.

Opera has sometimes been called the most complete art in that it presents an elaborate (if sometimes precarious) assemblage of orchestral music, singing, acting, dancing, stagecraft, etc. But however you slice it, opera is clearly about voices.

The aria has evolved over opera's 400-year history, but a couple of characteristics have stuck. It's sung by a single person, and it's usually separated from the music surrounding it — a song plopped in the midst of things.

However, as with many things that seem simple, the term "aria" carries with it a variety of subtleties, moving parts and confusing contradictions.

The list below addresses a few of the aria's major types to clarify some lingo and keep operatic grandstanders at bay.

Have a few favorite arias? Leave your list in the comments section.

Hear The Arias, Odds And Ends

Defining arioso can be a little fuzzy. Although Handel used the word to refer to a short aria, the term (from Italian, "like an aria") has come to define a loose mix of actually singing the tune and speaking the words. Lacking the structure of a true aria, an arioso has some elements of the sung/spoken recitative and the nebulous cavatina (see below). The example here, from Verdi's Rigoletto, combines singing with declamation. Baritone Robert Merrill as the title character laments the similarity between himself and a murderer — "I the tongue, he the dagger." 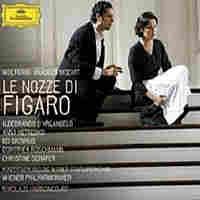 A cavatina can be one of two things. It's essentially a short, often slow aria, one verse long and without a repeating section. You can find plenty of them strewn about in 18th- century operas, especially Handel's, although they aren't officially categorized as such. And they continued into the next century — a good example being "Salut demeure" from Gounod's Faust. But a cavatina also refers to a longer, more elaborate, even virtuosic aria, the likes of "Una voce poco fa" from Rossini's Barber of Seville or "Vieni! t'affretta!" from Verdi's Macbeth. Some of these cavatinas are followed by cabalettas (see below). A fine specimen of the shorter type of cavatina is "Porgi amor," where the countess in Mozart's Marriage of Figaro (Dorothea Röschmann in this case) pleads for relief from her sorrow.

Who knows were the word cabaletta comes from — perhaps from cavallo (horse) or cavaletta (grasshopper)? The term generally refers to the fiery section that finishes off a scene or multi-part aria. It's occasionally preceded by a cavatina (see above). The mood of the cabaletta is often joyful or agitated, and Verdi was great at evoking those feelings in his operas, as in this excerpt from La Traviata. In the aria ("De' miei bollenti spiriti") that precedes this cabaletta, Alfredo (tenor Joseph Calleja in this excerpt) is content with life — until he suddenly discovers he's got money problems. 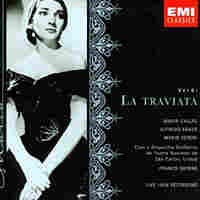 Opera isn't all arias all the time. As in most dramas, talking moves the plot along, and that's the function of recitative — a sort of half-spoken, half-sung type of music built on natural speech patterns. Early operas favored recitative over arias, but melody eventually gained the upper hand, and by the time of Verdi and Wagner the lines between recitative and aria begin to blur. In general, recitative comes in two flavors, the earlier dry ("secco"), for just voice and harpsichord, and accompanied, for voice and various instruments or the whole orchestra. It's easy to disregard a recitative, but a superb vocal actor like Maria Callas can make it as meaningful and dramatic as any aria.

With the da capo aria, popular in the Baroque era, the form reaches one of its peaks of perfection via a strict recipe. The aria is divided in three parts: an A section, a B section (generally in the relative major or minor key) and a repeat of the A section (da capo meaning from "the head") ornamented at the singer's discretion. The second run-though of the opening material thus becomes a place for tasteful restraint or flamboyant hot-dogging. Handel was a da capo demigod, and in this excerpt — "Vivi, tirano" from his 1725 opera Rodelinda — I've spliced the beginnings of the two A sections together (with a brief pause between) to highlight the exquisite ornaments sung by countertenor Drew Minter.