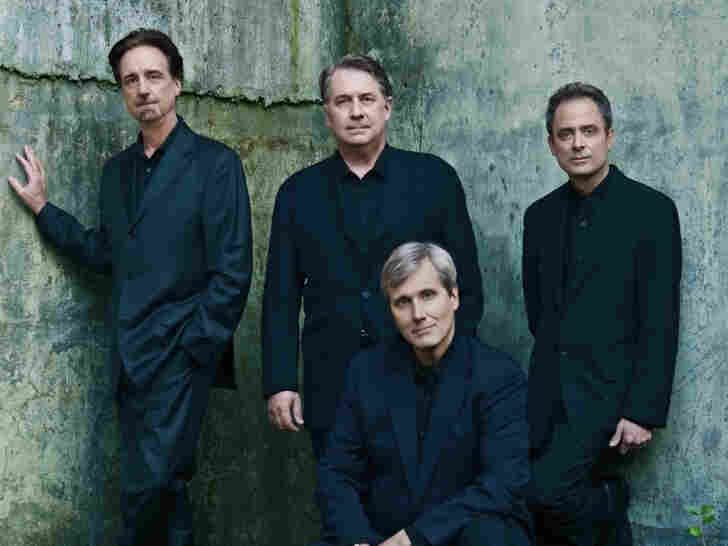 Cellist David Finckel (l) with his colleagues of more than 30 years. Lisa-Marie Mazzucco/courtesy of the artists hide caption 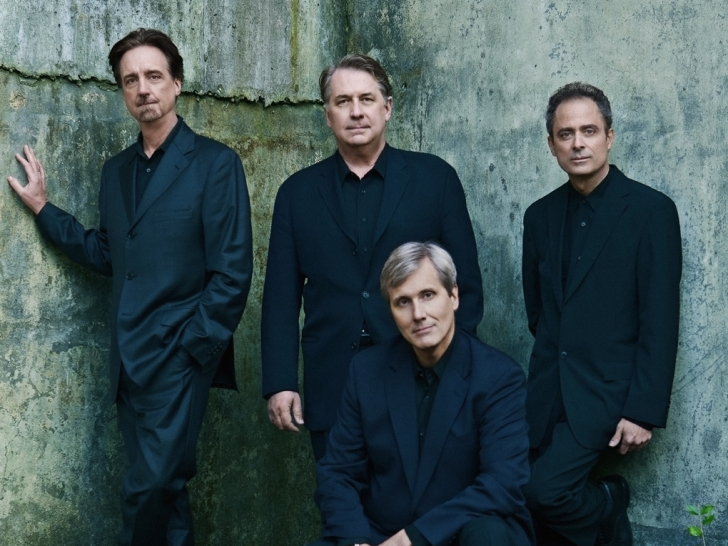 Cellist David Finckel (l) with his colleagues of more than 30 years.

Lisa-Marie Mazzucco/courtesy of the artists

Ending a relationship that has lasted much longer than most marriages, the Emerson String Quartet has announced this morning that cellist David Finckel is leaving after 34 years. The upcoming 2012-13 season will be Finckel's last with America's most iconic string quartet.

Update, Feb. 15: I reached Finckel on the phone yesterday afternoon to discuss his decision. Click the audio link to hear our conversation.

Finckel — who joined the quartet in 1979, three years after it was founded — was in some ways the most visibly prominent member of the quartet through his heavy schedule of extra-curricular activities. he and his wife, pianist Wu Han, are co-directors of the Chamber Music Society of Lincoln Center, a superb chamber music festival in Silicon Valley called Music@Menlo and the creative directors of their own recording label, ArtistLed, along with their own appearances as a duo and in other projects.

In a statement, Finckel says he was spurred to leave the quartet to make more time for his other artistic and educational outlets. (Always technologically oriented, he's recently created a 100-part series of online "Cello Talk" tutorials for student players.)

This move seems to have been quietly in the works for some time, as the Emersons concurrently announced that Welsh cellist and conductor Paul Watkins will be joining the group; but, like, Finckel, he has many other commitments. Along with extensive work as a soloist and chamber musician (he is a member of the Nash Ensemble), Watkins became the first music director of the English Chamber Orchestra, and he intends to keep that position. He is also principal guest conductor of Belfast's Ulster Orchestra in northern Ireland, though his contract there expires next spring.

Watkins, it is worth noting, was born in 1970, making him still an elementary school student when the Emerson Quartet began. According to the group, his appointment is a sign that the quartet intends to continue beyond a first generation of players: "We see his coming both as an opportunity to reaffirm and renew our commitment to the musical values we have long held dear, and as a chance to ensure the continuation of the Emerson String Quartet beyond the participation of any individual member."

The remaining members of the group sounded a cordial note in their joint statement about Finckel: "Our collegial feelings toward this marvelous cellist are mingled with awe and admiration for his manifold talents as a chamber music player, soloist and artistic director of two major presenting organizations and a recording company. Anyone who comes into contact with David must be struck by his unflagging energy, insatiable appetite for work and astonishing ability to manage his time (without which his three parallel careers would be impossible). His passionate, uncompromising commitment to our art could serve as a beacon to those who have lost their way in these economically and culturally disorienting times."

What the quartet has achieved is astonishing: they've earned nine Grammy Awards, including two for Best Classical Album; three Gramophone Magazine Awards, the Avery Fisher Prize, and an arguably unparalleled reputation for excellence across an enormous variety of repertoire, including landmark performances of the complete Beethoven, Bartok and Shostakovich string quartets. In 2010, the quartet appeared at New York's (Le) Poisson Rouge, in a program broadcast by WQXR and NPR Music that can be heard here. And in the video above they are playing the third movement of Shostakovich's String Quartet No. 3.