Accessibility links
New York Polyphony: A Vocal Quartet Takes On Death : Deceptive Cadence A haunting program of early a cappella vocal works focused on death, loss and the sobering prospect of having to face one's own mortality. 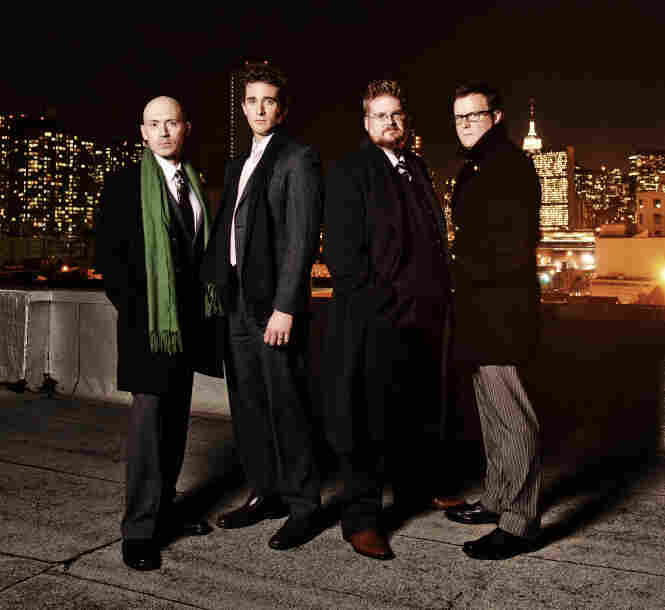 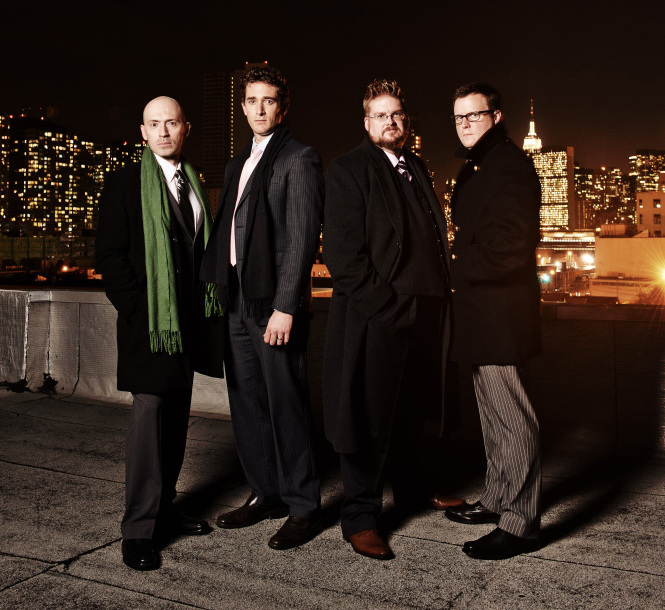 Chris Owyoung/courtesy of the artists

It's been about three decades since pre-Baroque music began to be revived in a big way. A whole constellation of big-name vocal superstars has evolved, with Anonymous 4, The Tallis Scholars and the late Montserrat Figueras among the firmament. But now a new generation of early music experts has come of age — and their numbers include the vocal quartet New York Polyphony, traveling with the tag line "Early music. Modern sensibility."

Marrying new technology to music is a particular passion for this group (countertenor Geoffrey Williams, baritone Christopher Dylan Herbert, bass Craig Phillips and, on this recording, tenor Geoffrey Silver, who has since left and been replaced with Steven Caldicott Wilson, pictured above). They've positioned themselves as a kind of a cappella Kronos Quartet eager to push the boundaries of the expected, from their performance of a Missa Charles Darwin by Gregory Brown at TedX Woods Hole to an animated video they created for music by the largely forgotten 15th-century composer Lionel Power.

There are dozens (and frankly probably hundreds) of excellent recordings in the catalogue that revolve around two staple subjects: romantic love and religious devotion. But for their latest album, New York Polyphony turned to matters that feel far more pressing in our own turbulent and too often violent era: death, loss and the sobering prospect of having to face one's own mortality.

To this end, the group assembled music mostly from Franco-Flemish composers from the first half of the 16th century. That sounds rather dry, until one takes into account what a hideously violent and uncertain era it was — one bedeviled by warfare, religious persecution, famine and plague. As the text of the affecting work attributed to Josquin Desprez included here, Abasalon Fili Mi, an exquisitely somber musical portrait of Biblical fathers mourning their dead sons, has it: "I shall live no longer/but descend weeping into hell." 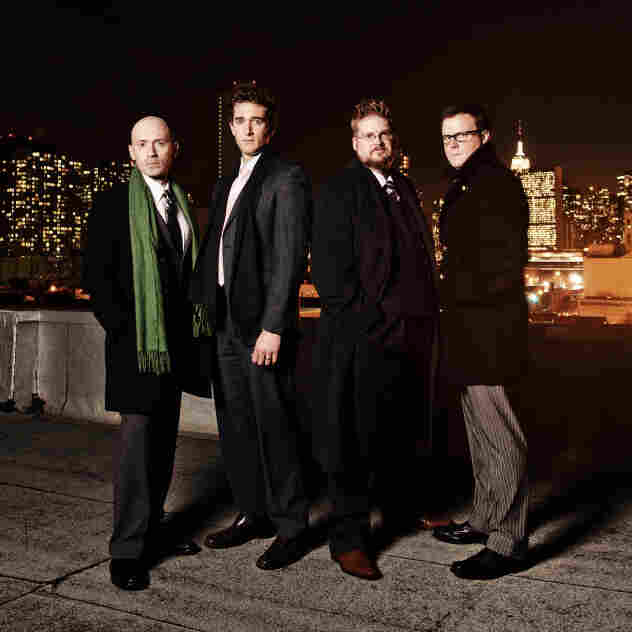 Chris Owyoung/courtesy of the artists

Equally affecting are Antoine Brumel's Mass for the dead (Missa Pro Defunctis), one of the earliest polyphonic settings of the memorial mass, two Gregorian plainsongs, the little-known Flemish composer Thomas Crecquillon's setting of lamentations from the biblical Book of Jeremiah and a haunting motet full of strange harmonies by the Dutch composer Jacobus Clemens non Papa — all sung with pinpoint accuracy, flexibility and an amber-shaded richness and depth. Not unlike their British counterparts in the larger vocal ensemble Stile Antico, New York Polyphony brings a very human (and very welcome) warmth to their singing.

True to New York Polyphony's inquisitive spirit, the album closes with a contemporary piece by Jackson Hill (b. 1941), an Alabama native and longtime Bucknell University professor who looked back seven centuries for inspiration. Taking fragments from a 14th-century piece by one of France's great poets and composers, Guillaume de Machaut, Hill created a work that rises and sighs in hypnotic undulations of sound — providing an affecting close to this gorgeous and reflective program.