Accessibility links
Talk Like An Opera Geek: The Birth Of Opera : Deceptive Cadence At the dawn of the 17th century, take a trip through the earliest days of a brand new art form.

Talk Like An Opera Geek: The Birth Of Opera

Talk Like An Opera Geek: The Birth Of Opera 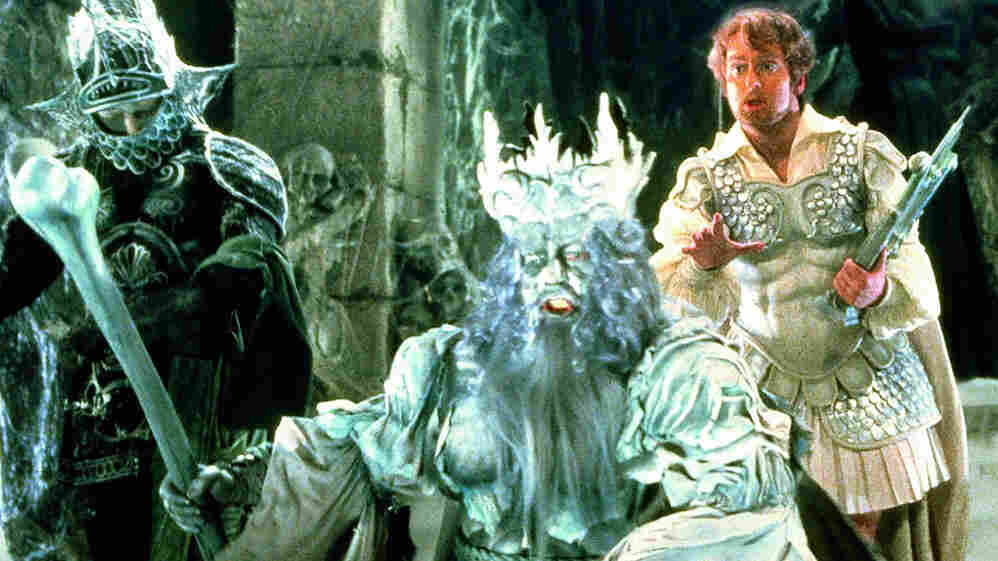 Orpheus makes his way through the underworld, in Jean-Pierre Ponnelle's production of one of the first operas, Monteverdi's L'Orfeo, from 1607. Deutsche Grammophon hide caption 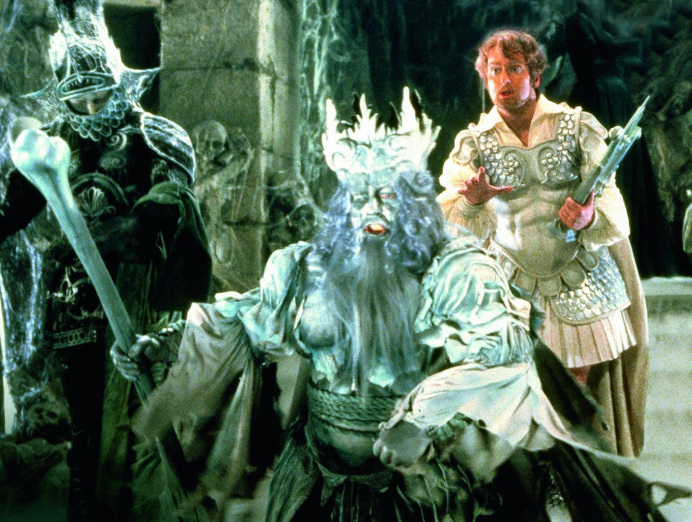 Orpheus makes his way through the underworld, in Jean-Pierre Ponnelle's production of one of the first operas, Monteverdi's L'Orfeo, from 1607.

We've tackled terms, vocal ranges and some tricks of the opera trade in this series so far. But now it's time for a little history. We'll track some of opera's evolution over the past 400 years, beginning with its creation.

Those opera adversaries who slam the music for its elitist and Eurocentric associations are actually pretty close to getting the birth of opera right. Intellectuals, scholars and amateur musicians from Florence, Italy dreamt up the idea of opera in the last decade of the 16th century.

Unlike some art forms that took generations to morph into the next big thing, opera was invented in one place, at one time by a specific group (or two) of people. The Camerata, which included Galileo Galilei's father, held meetings at the salon of a Florentine count. The group argued over and experimented with new combinations of drama, song and music based on their study of the ancient Greeks.

It's a common mistake to attribute opera's invention solely to the Camerata, when a rival group's pursuits actually led directly to the very first operatic production. Dafne was a collaboration between composer and patron Jacopo Corsi, composer Jacopo Peri and poet Ottavio Rinuccini. It was first produced in 1598 but subsequently lost. The first opera to survive intact, Euridice, came two years later and Peri was again the composer.

In the early years, operas were relegated to special state occasions, such as the wedding of Maria de' Medici and Henry IV, which prompted Euridice. The newfangled music drama began spreading to other Italian courts after the next important milestone — the appearance of Claudio Monteverdi's Orfeo, which debuted in Mantua in 1607 and ushered in opera's first truly important composer.

Gradually, more courts began producing opera, which got an additional boost when Maffeo Barberini became Pope Urban VIII in 1623. The new Pope's nephews were keen on opera and became a source of funding and commissions for new works. Still, these operas were exclusive to the ruling classes. It would take more than a decade, until 1637, before the city of Venice would introduce the first public opera house. From there, the flood gates opened — more houses were quickly built and by 1700 roughly 400 different productions had been mounted in Venice alone. Meanwhile, opera had begun to cross Italian borders to Paris (possibly as early as the 1640s) and Vienna. And it wouldn't be long before the new art form would sweep throughout Europe.

Below are a few excerpts from important composers of opera's early years. 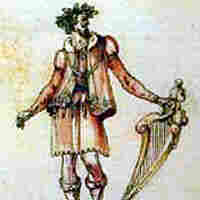 Jacopo Peri, one of opera's inventors, struggled with the basics of how to tell a story and move dramatic action along through singing. In creating a new vocal style, he said he was seeking "a harmony surpassing that of ordinary speech but falling so far below the melody of song as to take an intermediate form." Mythological subjects, such as Orpheus rescuing Euridice from the underworld, were important sources for the earliest operas. Peri's Euridice, the first opera to survive in full, premiered Oct. 6, 1600 at the Pitti Palace in Florence. In this brief excerpt, Orpheus laments his fate.

Giulio Caccini was a member of the Camerata, one of two groups whose musical explorations led to the creation of opera. While Peri was writing Euridice, Caccini was working on his own version, parts of which were included in Peri's premier production; Caccini's work would be performed two years later. Caccini, a master songwriter, created a new style in which "one could almost speak in tones," and as a result is credited with the invention of the operatic recitative. This excerpt is Caccini's version of the same Orpheus lament as Peri's. 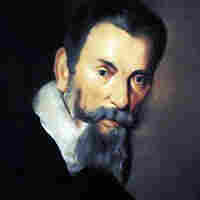 Monteverdi may not have invented opera, but he was its first true genius. He simultaneously refined opera and expanded its emotional and dramatic possibilities, as well as the size of the orchestra. He's the earliest opera composer whose works remain active in the repertoire. His first opera, L'Orfeo, debuted in Mantua, Feb. 24, 1607, complete with printed librettos for the listeners. In this excerpt, Monteverdi introduces one of his many innovations — a "walking" bass line, which mimics the drama as Orpheus leads Euridice back from the underworld. Later, when Orpheus suddenly stops, so does the bass line. 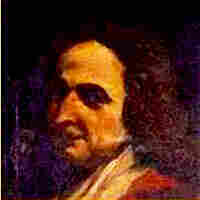 The Roman native Stefano Landi's most imposing work, the religious opera Il Sant'Alessio, premiered in 1632 at the palace of Cardinal Francesco Barberini. It's the first opera to adapt the life of a real person as its subject. In the opera, Alessio renounces the material world and suffers temptation and ridicule. Landi's sets and special effects were high-tech for the time. His Devil is engulfed in flames and the character of Religion descends through clouds. In this excerpt the ground falls away under the Devil and his minions. 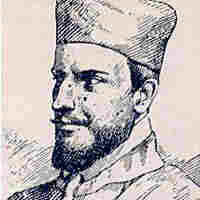 Francesco Cavalli, who began as a singer at St. Mark's in Venice, was perhaps the most popular and important opera composer after the 1643 death of Monteverdi, writing some 30 operas for Venetian houses. Word painting in Cavalli's work is more apparent than in the earliest operas. Singers are freer to emote, as in this excerpt from Didone, the story of Queen Dido of Carthage and the Trojan warrior Aeneas. "Alas, I betrayed you, unhappy husband," Dido laments. "Royal dignity is now tarnished by my sins."