Bach's Enduring Enigma: An Introduction To The 'Goldberg Variations'

Bach's Enduring Enigma: An Introduction To The 'Goldberg Variations'

All week, we're exploring the Goldberg Variations by J.S. Bach 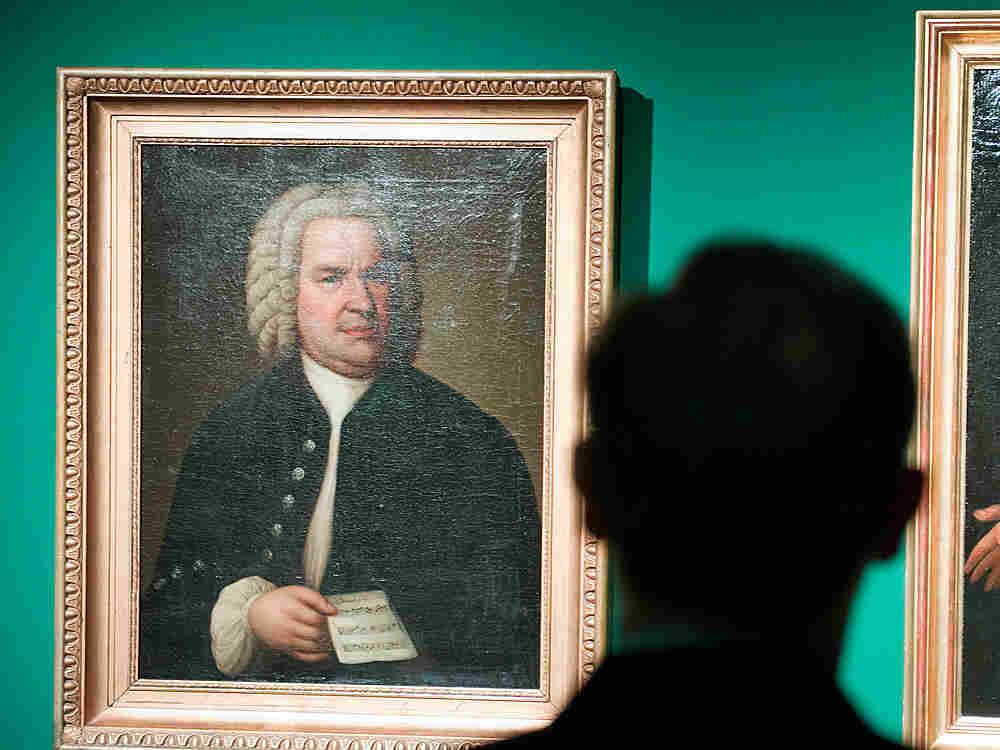 All this week, a look at Bach's Goldberg Variations from many points of view. Guido Bergmann/Getty Images hide caption 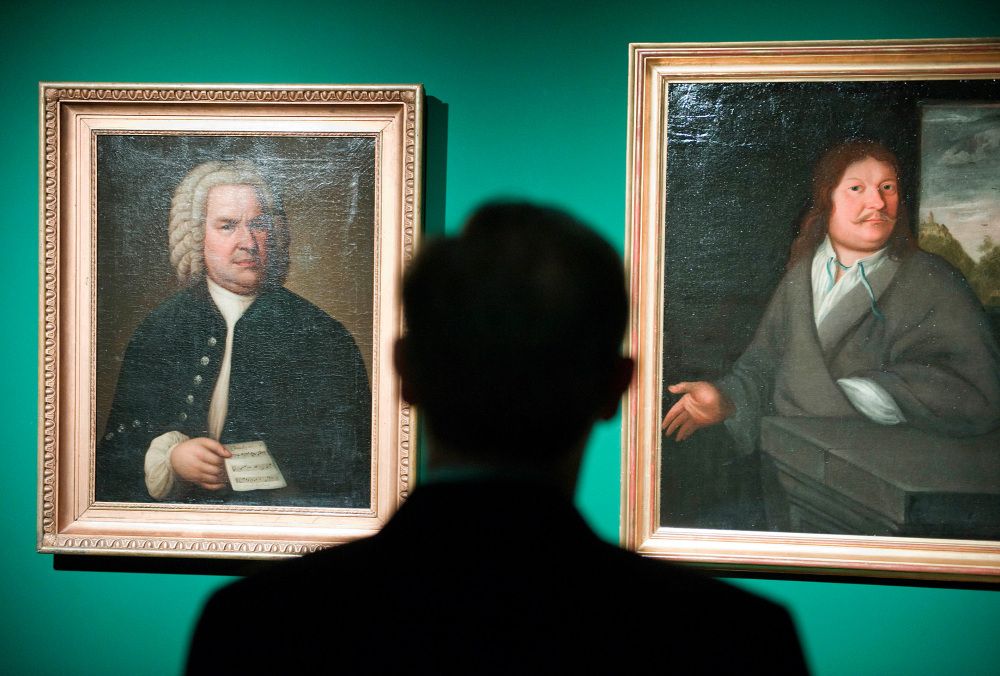 All this week, a look at Bach's Goldberg Variations from many points of view.

Johann Sebastian Bach's Goldberg Variations has become an iconic monument in Western music. On one level, it's simply a beautiful keyboard work, and on another, it's a Rubik's Cube of invention and architecture.

From its apocryphal back story (based on a count's sleepless nights), to its labyrinthine structure, to the breakthrough recording by Glenn Gould, the Goldbergs carry a heavy load of compelling baggage.

Throughout this Bach birthday week — he was born 327 years ago Wednesday — we'll explore the Goldbergs with guests like Harvard professor Christoph Wolff (click the audio link above), the director of the Bach Archive in Leipzig, who helps put the music in context.

Other Goldberg Week guests include pianist Jeremy Denk, whose thoughtful and offbeat sense of humor creeps into his essays, performances and videos; pianist Lara Downes, who looks forward from Bach through the lens of today's composers; Andreas Staier, who takes us on a tour of his high-performance harpsichord; and thoughts from pianist Leif Ove Andsnes. Also look for our official interactive "Goldberg Puzzler" and lists of great Goldbergs, and Goldbergs in costume.

Do you have stories, opinions or questions about the Goldberg Variations? Join the conversation this week in the comments sections of our stories, also on Facebook and Twitter @ #NPRGoldberg. And join us this Friday, Mar. 23rd at 12 noon, ET for a live online listening party. We'll play and discuss Glenn Gould's 1955 recording of the Goldberg Variations with Pulitzer Prize-winning author Tim Page (a friend of Gould's) and Washington Post classical music critic Anne Midgette.

New to Bach's delightfully intricate and huge keyboard piece? Read on for a brief Goldberg Variations FAQ, with comments from Professor Wolff.

What are the Goldberg Variations?

Around 1741, Bach published a long and complicated keyboard piece, calling it Aria with diverse variations for a harpsichord with two manuals (keyboards). Wolff says it was the final work in a much larger endeavor: "This is the capstone of a publication project which is called in German Clavier-Übung — in English perhaps best translated as Keyboard Practice — where he wanted to show what was possible at the keyboard in terms of technical development, technical, virtuosic finesse and compositional sophistication."

The music is constructed symmetrically, beginning with a beautifully tranquil and highly ornamented Aria, the bass line of which fuels the 30 variations that follow. There is something of a dividing line after variation 15, and the piece ends as it begins, with the return of the Aria. Every third variation is a canon — the melody of each is laid over itself, as in "Row, Row, Row Your Boat" — with the additional complication that the pitch difference between the melodies rises from a canon in unison up to the canon in ninths.

Why The Name Goldberg?

Legend has it that Bach wrote the music to soothe the sleepless nights of one Count Kaiserling, who asked his private harpsichordist, Johann Gottlieb Goldberg, to perform the variations. Wolff maintains the legend isn't true.

"It is not true, at least not as a story that explains the origin of the work," Wolff says. "It may be related to the history of the work during Bach's time. When Bach wrote the variations, Johann Gottlieb Goldberg was 13 years of age. He apparently was a very gifted kid. He was a student of Bach's son, Wilhelm Friedemann in Dresden, but he also took lessons with J.S. Bach in Leipzig."

What Is The Source Of The Variations?

Although Bach published the Goldberg Variations around 1741, Wolff says he apparently came up with the opening Aria some years earlier.

"We do have a copy of just the Aria in the hand of Anna Magdalena Bach, Johann Sebastian's second wife, who was a singer," Wolff says. "She apparently wanted to play the piece, and it probably wasn't copied by her until the late 1730s."

"But I think the origin goes back to an idea Bach got from Handel. Handel, in 1733, published an aria with 64 variations. The variations are based on the same Aria bass, but it's only eight measures long. And Bach thought that 'This is a wonderful idea to have many variations on such a promising ground bass. But the bass is too short for me, I'll make it longer.' So instead of eight measures, he turned it into 32 measures."

Bach turned his set of 30 variations into a deeper, much more sophisticated showpiece that Handel's. It may have even been Bach's way of saying "I can do much better than you."

What Happened to the Goldbergs after Bach died?

There are many gaps in the story after Bach's death in 1750. "We do not know how widely disseminated the piece was," Wolff says, "but it clearly was printed in at least 100 copies, so it was circulating quite widely. But we have no specific record of any public performances of the work essentially until the late 19th and the 20th centuries."

Who were some of the first Goldberg champions?

Pianist Rudolf Serkin took up the Goldberg Variations in the late 1920s, but Polish harpsichordist Wanda Landowska was the first to record the Goldbergs in the early 1930s. She was a pioneer of the harpsichord revival who went on to teach in Berlin, Paris and the U.S. She made several recordings of the Goldbergs.

"I think they were really, absolutely crucial with respect to making the piece known across Europe, and then also in the United States, as a work for harpsichord, an instrument that was not very well known at the time," Wolff says.

Landowska played an instrument far from what Bach would have recognized. Her late 19th-century harpsichord, Wolff says, was made with Steinway technology. The Pleyel harpsichord had an iron frame, which meant that it held the tuning better but had a much thinner sound than wood-framed models from Bach's time.

What's Up With Glenn Gould?

In 1955, at age 22, Canadian pianist Glenn Gould signed a recording contract with Columbia Records and recorded the Goldberg Variations. At the time, the piece was considered esoteric and a risky choice for a debut recording. But Gould's Goldbergs exceeded all expectations, becoming a runaway bestseller and launching Gould's international career.

"After this Glenn Gould recording," Wolff says, "the Goldberg Variations really had become a household word."

Gould's recording is brilliantly fast, precise and transparent. He ignores Bach's repeat markings in the score, which shrinks the total time of the Goldbergs to less than 39 minutes, neatly fitting on two sides of an LP. Recordings today typically clock in between 60-80 minutes. Gould would record the Goldbergs again in 1981 with a vastly different, less flashy approach.

What Would Bach Think Of Gould's recording?

"He primarily would have enjoyed knowing that more than 200 years after the work originated, it was performed by modern musicians for modern audiences," Wolff says. As far as Gould's recording being on the modern day piano, Wolff believes that it may not have mattered to Bach, as he was interested in new sonorities all his life. Bach was asked to test-drive the latest technologies in keyboard manufacturing.

"I wouldn't want to argue about it," Wolff says. "I think a good harpsichordist on a good instrument would present the piece just as well as a pianist thinking about the stylistic requirements, using very little pedal and so forth, but making the best out of the piano sound and creating the kind of transparency that Bach's polyphonic designs require. I think there is no aesthetic difference between the two."

"But I think for the listener it is a difference," Wolff concludes, "because the listener will hear things on the piano that he may not hear when the piece is performed on the harpsichord and vice versa. So I think it is a good experience to hear it both ways."