Accessibility links
Hannibal Lecter's Guide To The 'Goldberg Variations' : Deceptive Cadence Pianist Jeremy Denk crawls inside the head of the fictional serial killer and finds the principles of Bach.

(Jeremy Denk joins us all week to explore the Goldberg Variations. Read his posts on Monday and Thursday.) 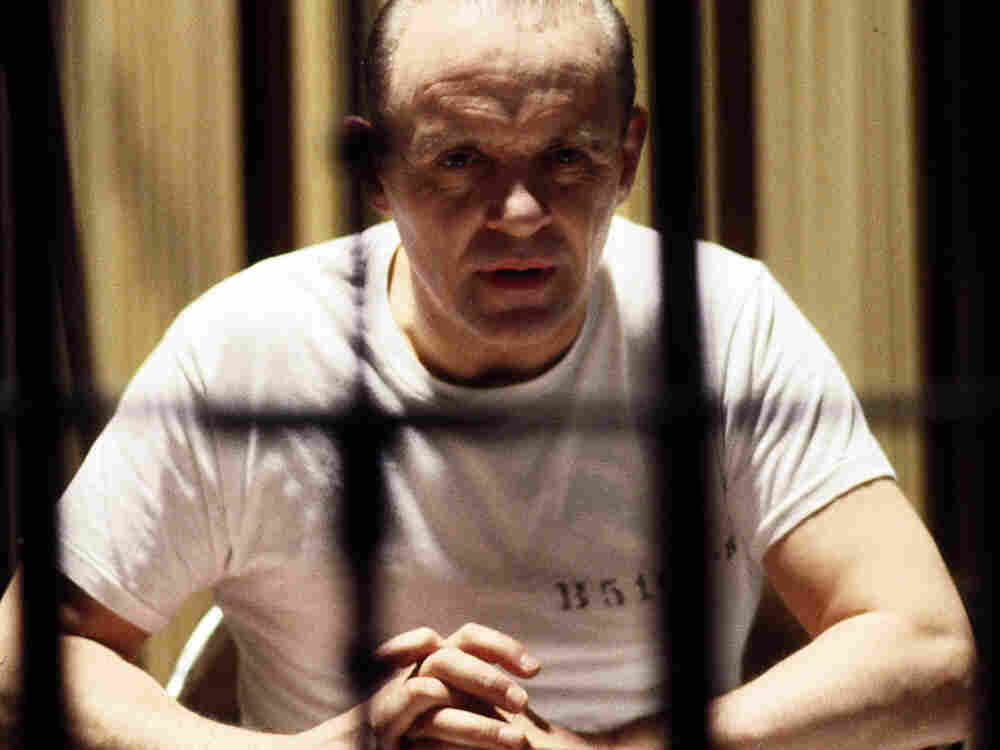 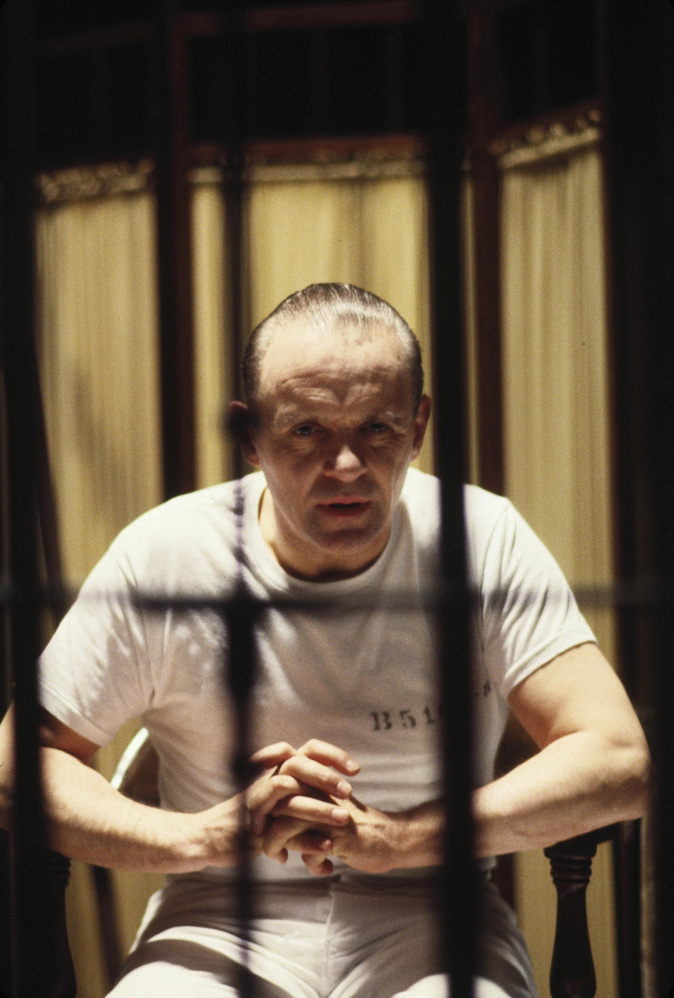 Perhaps the most famous cinematic Goldberg moment is in Silence of the Lambs: Hannibal Lecter, chewing the face off one of his prison guards to the strains of the Aria. This use of Bach is — depending on your point of view — either a stroke of genius or an act of cultural cannibalism. Admittedly, it's vivid, certainly one of the best face-chewing scenes I can think of.

But it's exploitation too. Classical music is rarely used in cinema to express the "actual emotion" implied by the work in question. (The Aria is meditative, elegant, plaintive, tender, and not particularly bloodthirsty.) Cunning, evil directors almost always use classical music as an ironic foil, a tool for dissociation. This perpetuates a stereotype: Classical music is unnatural. It is not the music for normal events; it's for massacres and deceptions of the soul (Apocalypse Now, Clockwork Orange, the end of There Will Be Blood).

Luckily, there is another moment in Silence of the Lambs that seems to call up the Goldbergs more subtly. When Clarice is seeking advice on catching the killer, Hannibal says:

"First principles, Clarice. Simplicity. Read Marcus Aurelius. Of each particular thing, ask what is it in itself? What is its nature? What does he do, this man you seek? ... He covets. That is his nature."

Hannibal Is Such A Bachian

This laser focus on first principles, the nature of things, makes us understand why Hannibal is such a Bachian. Much of the Goldbergs has that virtue of getting back to basics: uncovering the potential of intervals, elucidating possibilities of composition. Bach is teaching the world, in a way; the piece's lessons are still being learned. Since the harmonies are always the same, suddenly texture and rhythm pop with new clarity. And the simplicity of first principles lurks around many of his very complicated canons, as if to say: See, that's all there is to it.

But here's the excellent thing about Lecter as a teacher: He is desperate for Clarice to get the verb right. The key, evocative verb is "covet." The killer covets. From that the whole chain of events follows. Mostly I don't try to teach the piano like a serial killer, but often I have found myself imitating Lecter, and asking students: What is this passage of music doing, what does it seek? And they reply "mysterious," or possibly "this is the second theme" — either an epithet or a piece of learned jargon. No verbs anywhere. It makes me want to eat their livers with some fava beans and a nice Chianti. Instead, I just reiterate "but what does the phrase DO?"

Nothing Sentimental About A Machine

Is it weird to say that a set of musical notes covets something? And yet it seems to me central, this ache of notes for other notes; it's so important to look behind the actions of notes, uncover motivations, objectives. I would connect this idea to a favorite quote of mine, from the poet William Carlos Williams:

There's nothing sentimental about a machine, and:

A poem is a small (or large) machine made out of words. When I say there's nothing sentimental about a poem, I mean that there can be no part that is redundant.

Williams is not saying he does not want to move you. He wants every word in the poem to work, to function. A machine produces something; it has a plan, a desired effect.

The 13th Goldberg variation is a great example of a soulful machine made out of notes. Bach begins with a simple idea.

The melody executes a little turn, then stops, then rises and falls at the end of the bar. The second bar is more or less the same.

Turning around on itself, stopping, then rising and falling. Bach repeats this idea, with its curious mix of stasis and motion, eight times (more or less)! He really wants us to get it, to contemplate it, like a koan.

The repetition invites questions: What is Bach doing? Why is he doing it? The idea is beautiful; but after eight times (and this is how the machine functions) it becomes a cage, with its monotonous pause on the second beat; it builds up a desire for escape. (Which is what Bach wants, for you to feel this desire.)

In the seventh and eighth repetitions, Bach elaborates it a bit, gives it a few more notes, and at last, swinging into the ninth bar something new happens, a flurry of notes leads to a sort of scale ...

... a beautiful, partial escape, combining stasis and motion. Bach writes a continuous scale but this scale is continuously interrupted, a limping rhythm. With this broken flow, Bach creates the sense that the melody "desires" to be continuous, seamless, but (due to some obstacle) cannot quite achieve it yet. But the process is inexorable; the melody becomes more continuous, more and more elaborate, filling itself out. The last three bars or so are a uninterrupted stream of 32nd notes (the stoppages from the opening bars completely gone), gradually the melody rises and reaches up ...

... and at that very moment it falls, glides back to earth. The coincidence of the moment of attainment and the moment of relinquishing is a key gesture of the Goldbergs, and here Bach marks it with a beautiful, bittersweet B-flat.

So, if Hannibal asked me, What does this melody seek? I would reply, This is a melody that wants to take flight. But at the moment it takes flight, its existence ceases. There is a life lesson.

The Cosmos Comes Around

Let's apply Hannibal's question to a crucial moment in the Goldbergs, perhaps the crucial moment — when the Aria returns, and the world ends as it begins, and the cosmos comes around. What is the function of this recurrence, what does it DO, what is it supposed to make happen in the listener?

The Aria returns in its original shape, with a strangely new and yet familiar effect. Its numberless trills and graces no longer seem curious and posing, and its harmonies are now revealed as what they really are, the support of the whole mighty design, not merely the bass of a delicately-ornamented sarabande. As the Aria gathers up its rhythms into the broad passage ... with which it ends, we realize that beneath its slight exterior the great qualities of the variations lie concealed, but living and awake; and in the moment that we realize this the work is over.

I love this passage, though I disagree with the details. It's totally right, though everything is wrong.

I would focus on Tovey's final words: "in the moment that we realize this the work is over." There is something beautiful in that "in the moment" ... it captures the long rhythm of the piece, its patterns of disclosure. The Aria in its return feels like a frozen moment, a held breath, possessed of a stillness at the end of a long bustle. A kind of Miller Time of the soul?

We have been pursuing abstract re-thinkings of a harmonic ground for an hour or more, we have been allowing Bach to elaborate a bass line. But against these more "universal" abstract manifestations, we have a "personal" return of a theme, of a musical texture entire; in a sense we have been looking at DNA for an hour and finally we get to see a familiar human face. It's a (last) moment given to you, a gift, in which, inevitably, something occurs to you. And so to answer Hannibal's question, the job of the return is to make you realize something. And actually, it doesn't matter what it is.

If I may evoke another, quite different, famous moment in film, I'd refer to the moment when Bill Murray whispers inaudibly in Scarlett Johansson's ear at the end of Lost in Translation. 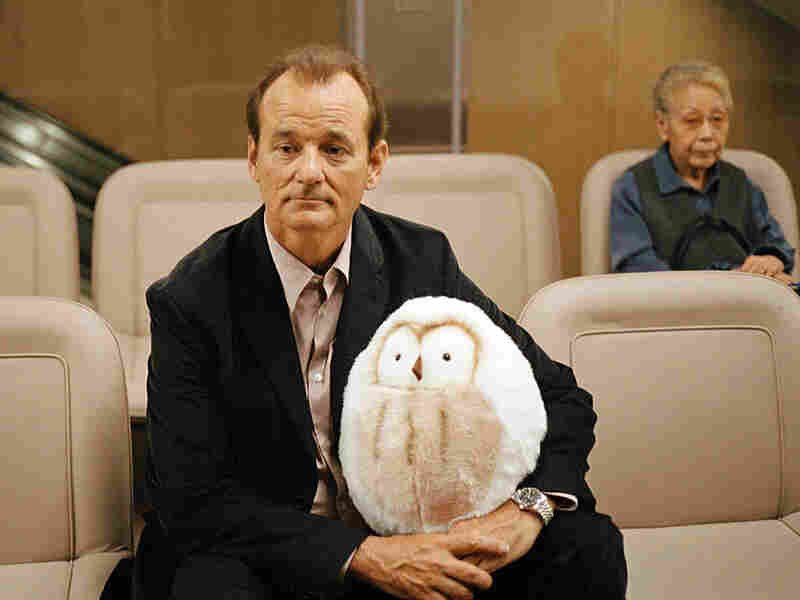 What does Bill Murray learn when Lost in Translation ends? The Kobal Collection/Focus Features hide caption 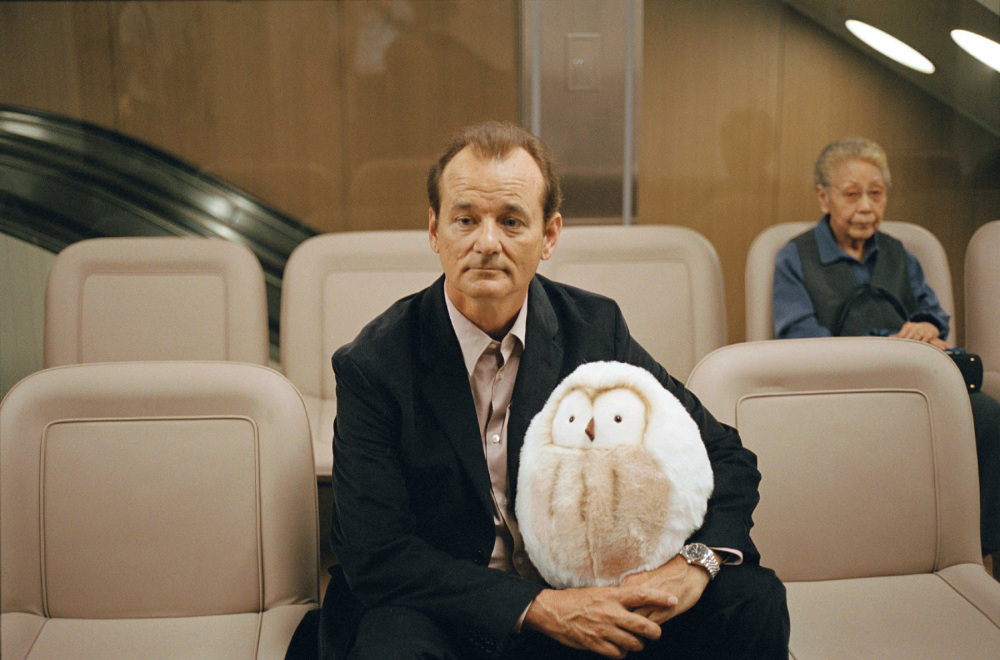 What does Bill Murray learn when Lost in Translation ends?

Now some of you might carp that this is a cheesy moment in the film, the laziness of a scriptwriter out of words. Who knows, perhaps you are right. We are left to speculate: what has Bill Murray learned? What was so important to say? What advice is he sharing? Is he declaring his love for her, leaving his wife, or realizing maturely that this weird moment is over and unrepeatable? Whatever it is, it must be the perfect thing. I like to imagine that Bill is explaining Scarlett's greatness to her, in a way she will cherish the rest of her life.

There you are, listening to the Goldbergs. The Aria comes back. You are much older now than you were when you first heard it. Perhaps you're Bill Murray now and you were Scarlett Johansson then. Yes, that's what the Aria does when it comes back, it whispers in your ear, the thing you needed to hear, the thing you needed to know. Though this realization is coming to you through Bach, whatever Bach brings out in you here is yours, it comes from you, belongs to you; the other function of the Goldbergs is to give you back your best self.