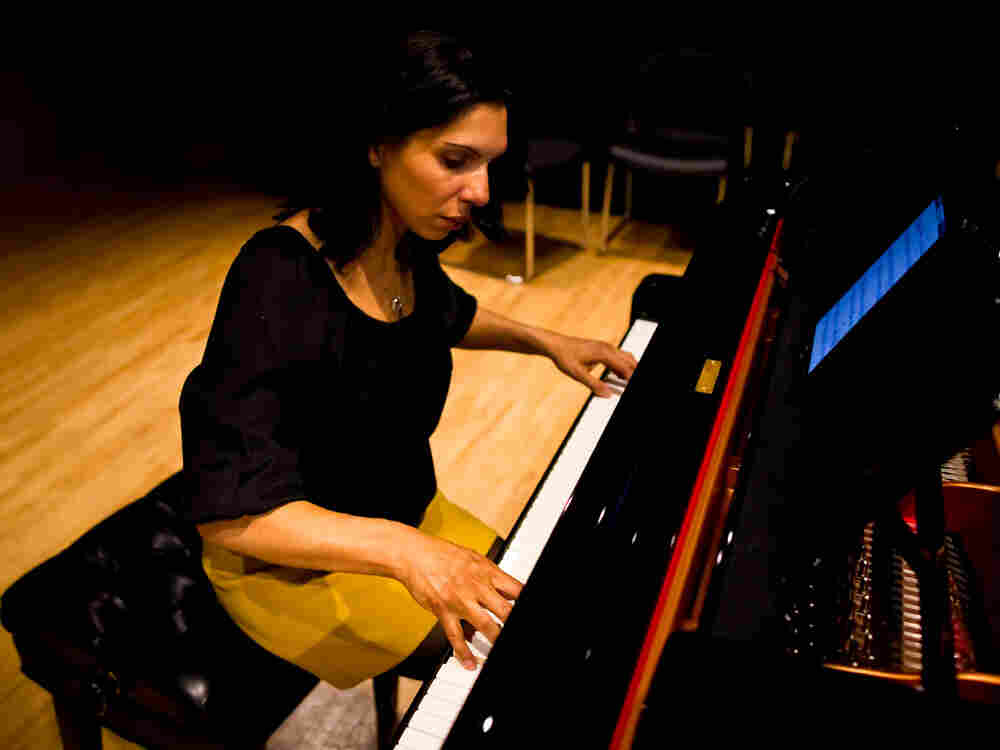 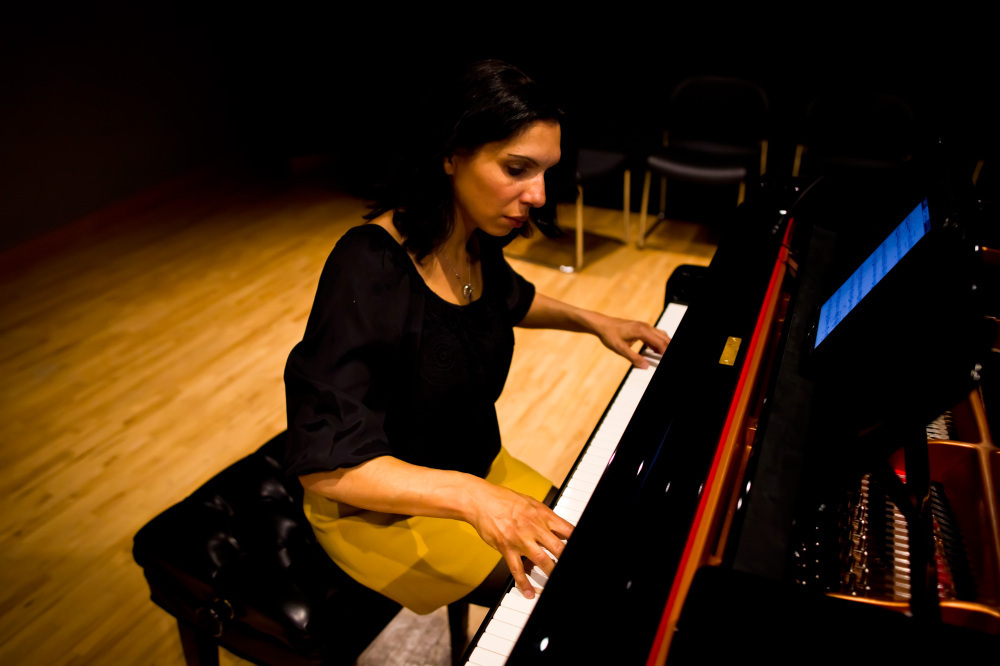 Pianist Lara Downes has had Bach's Goldberg Variations on her mind for quite some time. The music soothed her to sleep as a kid, it fascinated her as a young pianist and it's a subject of conversation on her new blog.

Downes' recent album is also Goldberg-centric. It's called 13 Ways of Looking at the Goldberg. I reserved a seat for her at our Studio 4-A piano to play a little and tell us about the music.

"The project is 13 new variations on Bach's Goldberg theme," Downes says. "I actually call them re-imaginings more than variations because rather than taking the material and embellishing it ... they really are new interpretations of the essential core of Bach's music." The interpreters, she says, were "13 composers, from very different places and backgrounds, who were all commissioned by the Gilmore Festival in 2004 to respond in real time to the Goldbergs."

Composers as diverse as Jennifer Higdon, Derek Bermel and Fred Hersch contributed new Goldberg variations to the commission. But before Downes played those in the studio, I asked her for Bach's Aria so we'd have some of the original music in our ears.

Downes says one of the keys to understanding the new pieces is paying attention to Bach's bass line in the Aria.

"If you want to identify where these composers are touching in with Bach, I think you'll most often find it in that simple descending bass line," she says. "And then they have different ways of referencing the Aria. Some are taking little bits of the theme, which are easy to identify. Some are taking the ornaments from the Aria and working with those. I think it's kind of fun. It's sort of a puzzle to listen and see what you find."