Accessibility links
Leif Ove Andsnes: The Miracle Of Glenn Gould : Deceptive Cadence Renowned pianist Leif Ove Andsnes claims that many of us actually miss the singular essence — what he calls "the miracle" — of Glenn Gould's Bach. 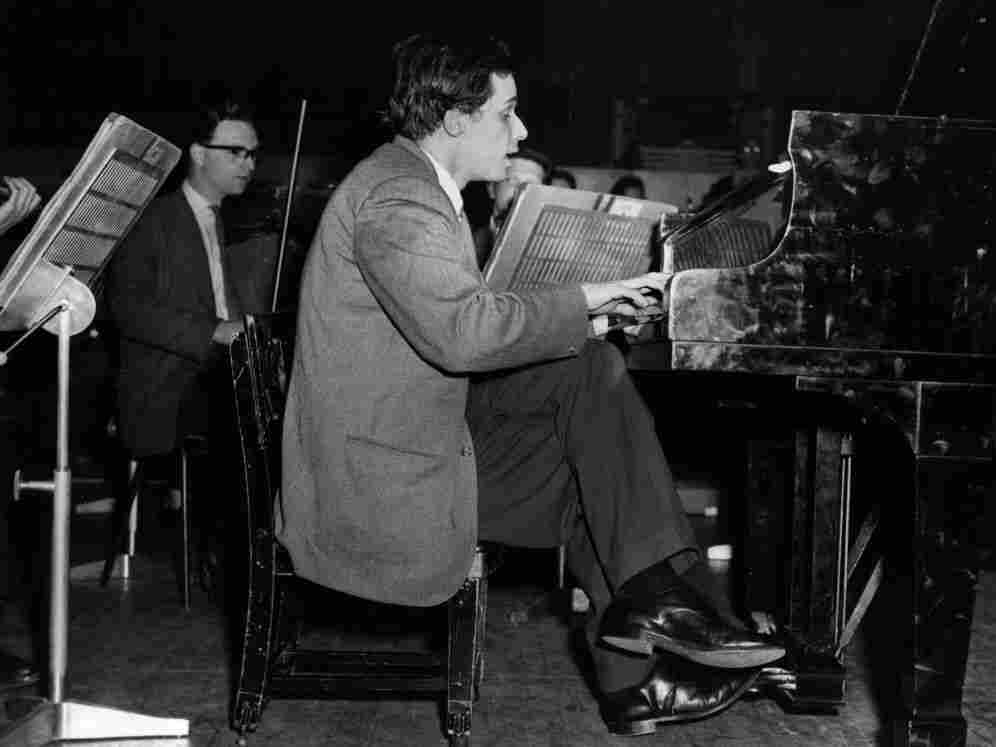 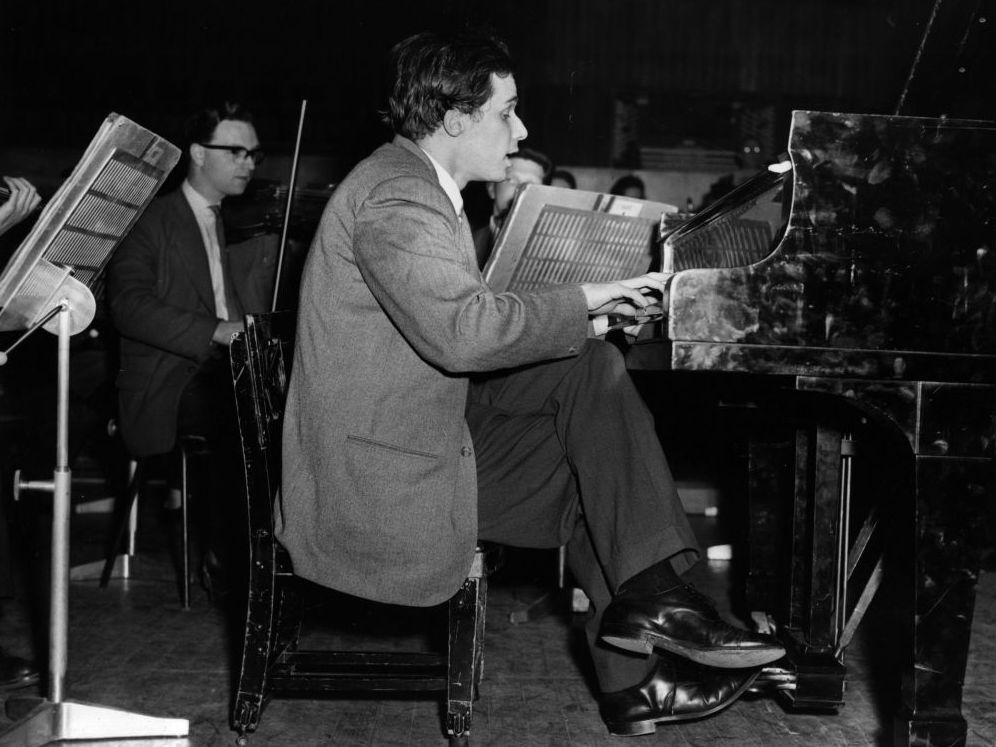 A 1959 picture of Glenn Gould rehearsing at London's Royal Festival Hall. (Yes, he's seated on an abnormally short piano stool, hovering only a few inches above the floor.)

For our ongoing exploration of the Goldberg Variations this week, we wanted to get the point of view of one of Deceptive Cadence's good friends, Leif Ove Andsnes, to ask about his favorite Goldberg traversal. His emailed response was illuminating:

"For me," Andsnes writes, "it is simply impossible to avoid Glenn Gould when discussing the Goldberg Variations. His two recordings (the first in 1955, and then the second in 1981) changed the way one looked at the piece, and it changed the way people thought about playing Bach on a modern piano.

"Glenn Gould was such a unique personality, though, such a phenomenon, that any attempt to try to copy, or to attempt a similar 'style' to his Bach playing, will fall flat. For me, people tend to focus on the wrong things when discussing Gould, like the non-legato playing, using no pedal, or indeed his sometimes very odd statements about music."

"The miracle of Gould," Andsnes continues, "is for me his touch, and the floating quality of his polyphonic playing, where the vertical and horizontal elements in the music are in perfect balance. And the millions of nuances within each voice in a four-part fugue, for instance — it's like four brilliant minds working at the same time. That part of Gould was pure genius, and makes both his early and his late Goldberg Variations desert island recordings."

We'd love to hear from you on this topic. Is Glenn Gould the point at which all discussions of the Goldberg Variations must begin ... or end?

Meanwhile, we hope you'll join us here at Deceptive Cadence Friday, March 23 (that's today) at 12 p.m. EDT for an online Gould/Goldberg listening party. We've invited Pulitzer Prize-winning classical music critic, author and University of Southern California professor Tim Page — a Gould confidante — and Washington Post critic Anne Midgette to take another listen to Gould's 1955 Goldberg recording with us. Join us to listen together and chat about Gould's groundbreaking traversal of this piece with Tim and Anne.