When it comes to reliable lightning rods in classical music, it's hard to top Richard Wagner. The latest controversies center on the Metropolitan Opera's current staging of the composer's gargantuan Ring cycle, the set of four epic and mythical operas first mounted at Bayreuth in 1876, and now seen live at the Met together in a series.

The problem isn't Wagner's glorious music; it's the production — at least according to a wide variety of critics who have weighed in negatively since the operas began to roll out individually in September 2010. But you can decide for yourself, even if you're not near Manhattan. The Ring will be screened as encore HD transmissions in movie theaters across the country starting Wednesday.

As an overture of sorts, you can glimpse a few of the Met's nightmares and triumphs of this Ring in a new documentary screening today only, also in many movie theaters around the U.S. and Canada. Wagner's Dream (watch an excerpt above) is a meticulously unpacked if ultimately unmemorable diary of the company's high-stakes production; it's directed by Susan Froemke, whose other Met-oriented doc, The Audition, is far more compelling.

The brunt of this Ring's criticism falls on Canadian stage director Robert Lepage's set. For all four operas, his concept literally hinges on a single 90,000-pound, dizzyingly high-tech contraption dubbed the "machine." It looks like a giant 24-plank see-saw on which images are projected and characters walk, ride and even dangle.

What's all the fuss? Other than repeated mechanical, technical and safety glitches — including an opening-night gaffe which stranded Wagner's gods on the wrong side of the rainbow bridge — some critics seem to be scrambling for new ways to express their disapproval of the $16 million production.

The most oft-quoted line of late comes from last month's New Yorker, where Alex Ross wrote that "Pound for pound, ton for ton, it is the most witless and wasteful production in modern operatic history." 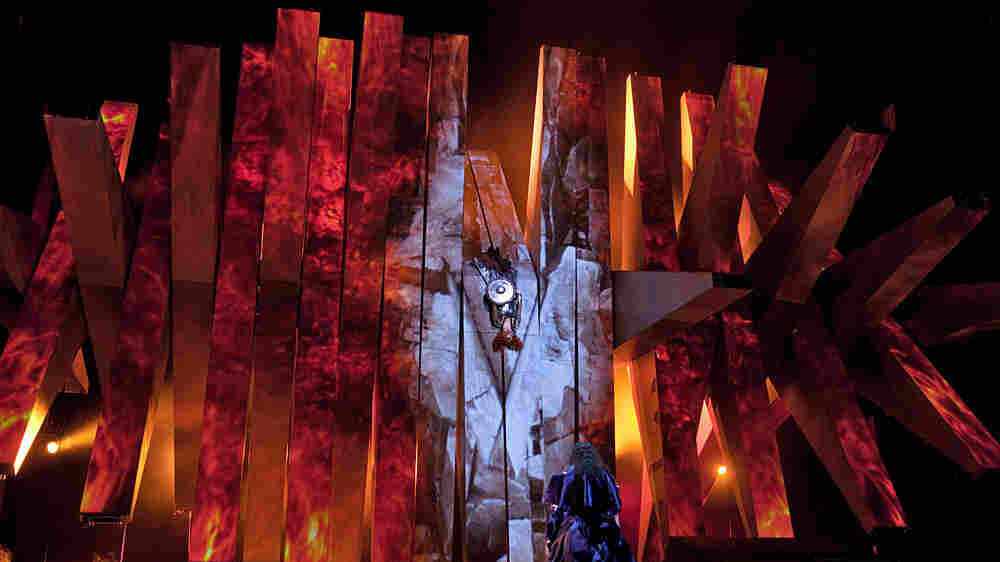 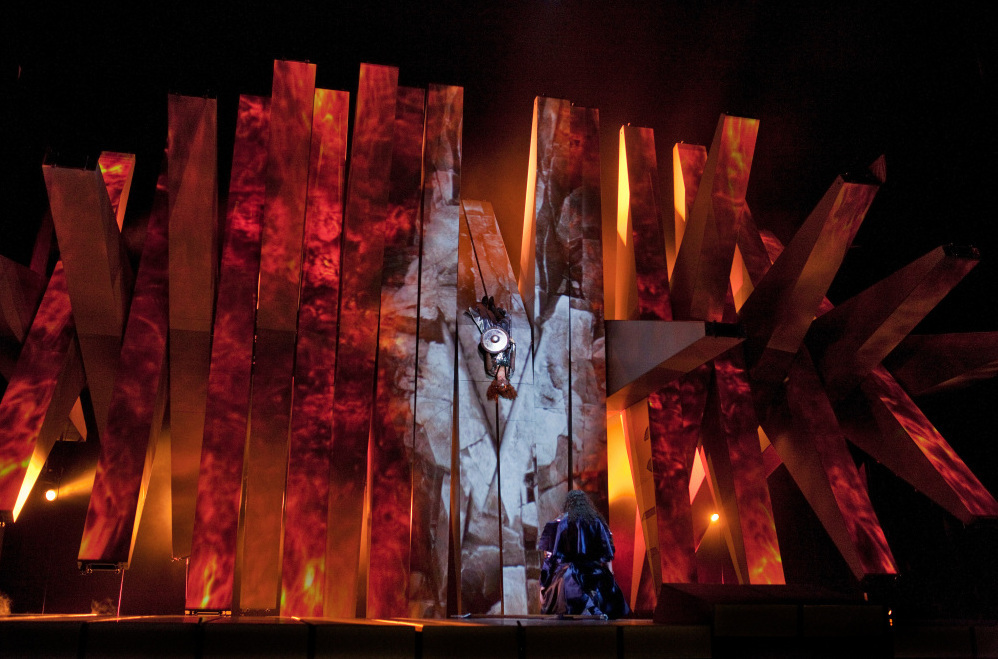 Brünnhilde (center) is surrounded by fire at the end of Wagner's Die Walküre — part of the Met's current Ring cycle, produced by Robert Lepage.

Anthony Tommasini, writing in the New York Times, has been more measured, but complained that "No imagery is worth having to endure the sounds of creaking gears and looks of nervousness on the faces of singers." And in the Washington Post, Anne Midgette, high-tech gadgetry aside, was concerned about the depth of the drama, writing that "The real question is what came across dramatically: and in the house, at least, the answer was stale white bread. Lepage's Ring is utterly traditional: All the characters are taken at face value, with little effort to delve beneath the surface."

The latest dust-up over the Met Ring concerns yet another negative assessment, this time from NPR member station WQXR's Operavore blog. A post by Olivia Giovetti, which outlined strong personal reactions to the Wagner production and to a recent New York Times interview between Met general manager Peter Gelb and Times critic Anthony Tommasini, was removed last month from the station's site after Gelb complained to a top station executive.

We're interested in your critical reactions. Have you seen any of the Lepage Ring? If so, what do you think of it? Are you planning to attend the HD cinema broadcasts?