Accessibility links
Come Sing In A Philip Glass World Premiere — In Times Square! : Deceptive Cadence Download the score of a piece commissioned by NPR Music to honor the composer's 75th birthday, learn the music and then come sing the very first performance with us on June 21 in the heart of Manhattan. 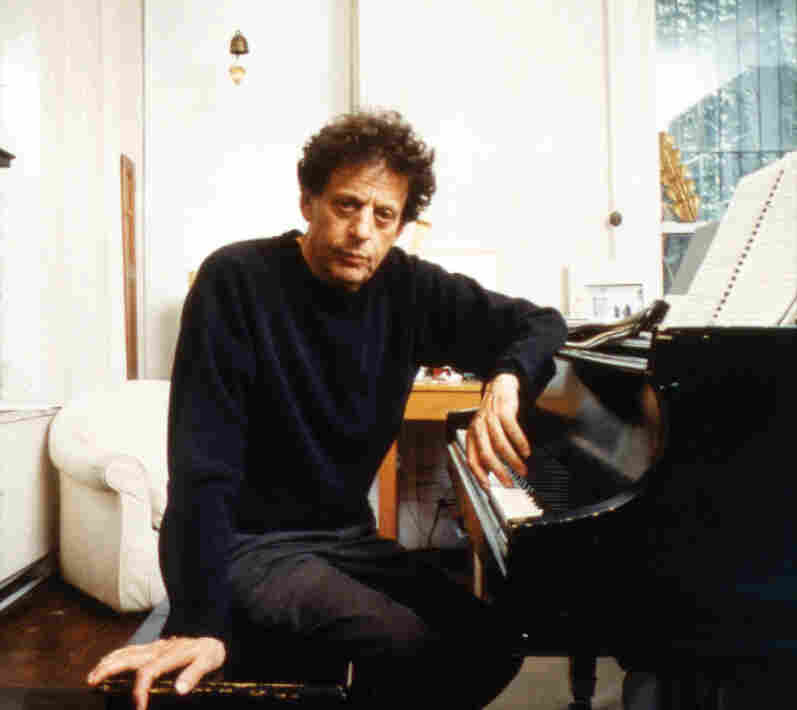 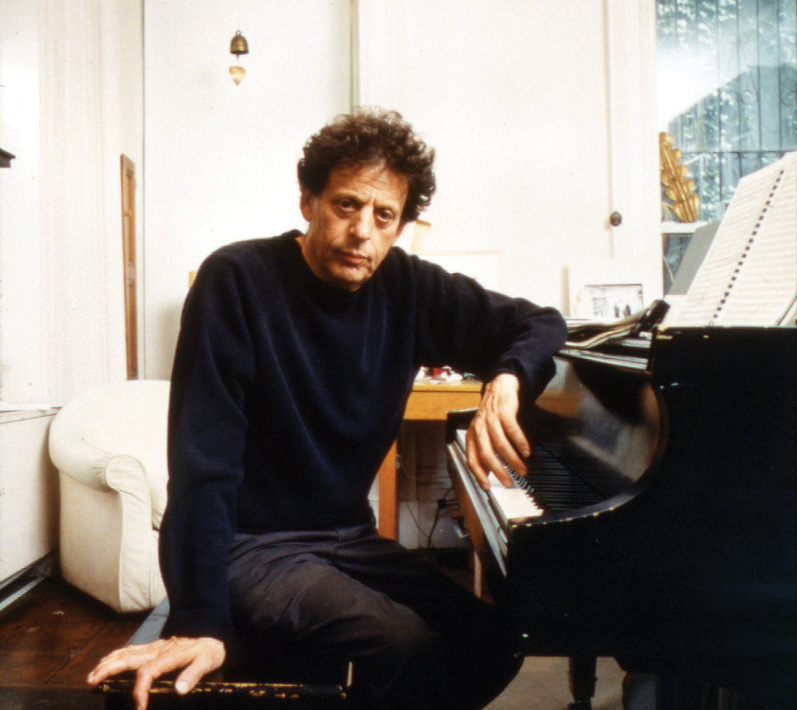 Barron Claiborne/courtesy of the artist

Ever dream of participating in a world premiere of music by one of the world's most widely beloved and celebrated composers? Here's your big chance.

To honor Philip Glass' 75th birthday this year, we here at NPR Music commissioned Glass to create a short work that would be great fun for amateur and professional singers alike. We're inviting the public to take part in this event on June 21, which will take place at one of the world's most iconic locations: Times Square. We'll be videotaping and recording the performance, so even if you can't be in New York that day, you can still experience this premiere.

We're joining forces with a festival that has in short order become a highlight of summer: Make Music New York, which presents hundreds of free, outdoor concerts across the city right on the summer solstice, June 21.

Glass's short piece is called The New Rule and features text by the medieval Sufi poet Rumi translated by Coleman Barks. The work for eight-part mixed chorus is adapted from the composer's 1997 3-D "digital opera" Monsters of Grace. Conductor Kent Tritle, one of America's leading choral conductors, will lead the singers in the Glass and movements from Bach's B Minor Mass; you can access the Bach parts at Make Music New York.

To participate, just download the score of The New Rule.

'The New Rule'--Click the image to access a PDF 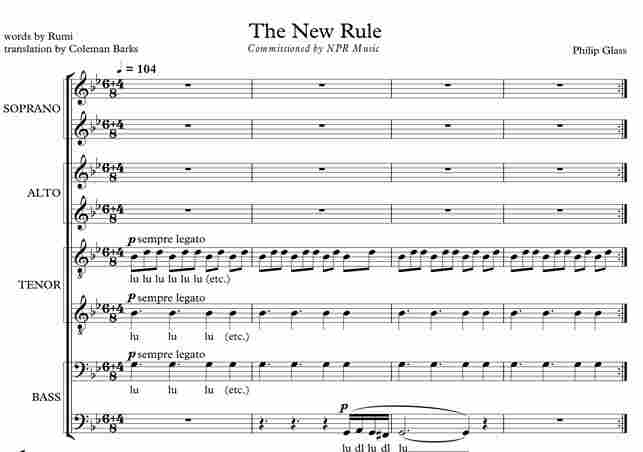 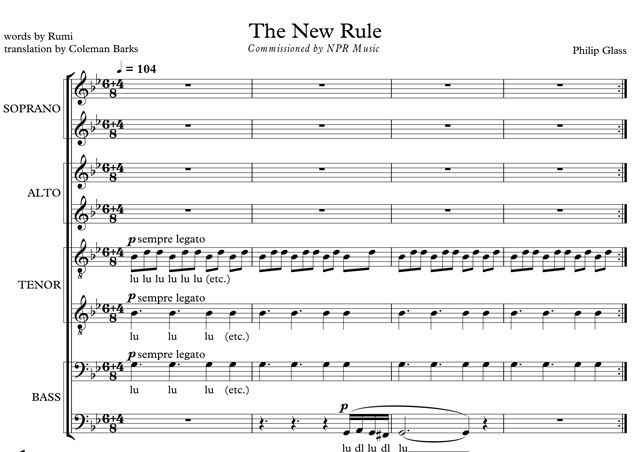 Let us know you're coming (although a reservation is not required to attend) and learn the music in the coming weeks.

On Thursday, June 21 at 6:30 p.m. ET, meet us in Father Duffy Square (the northern triangle of Times Square at Broadway and Seventh Avenue, between West 45th and 47th Streets). Arrive warmed up and ready to sing — and we hope to see and hear you there!