Accessibility links
Remembering 'A Born God' Among Singers: Dietrich Fischer-Dieskau : Deceptive Cadence Widely respected by fellow musicians and audiences as one of the greatest classical singers of the 20th century, the baritone has died at age 86. 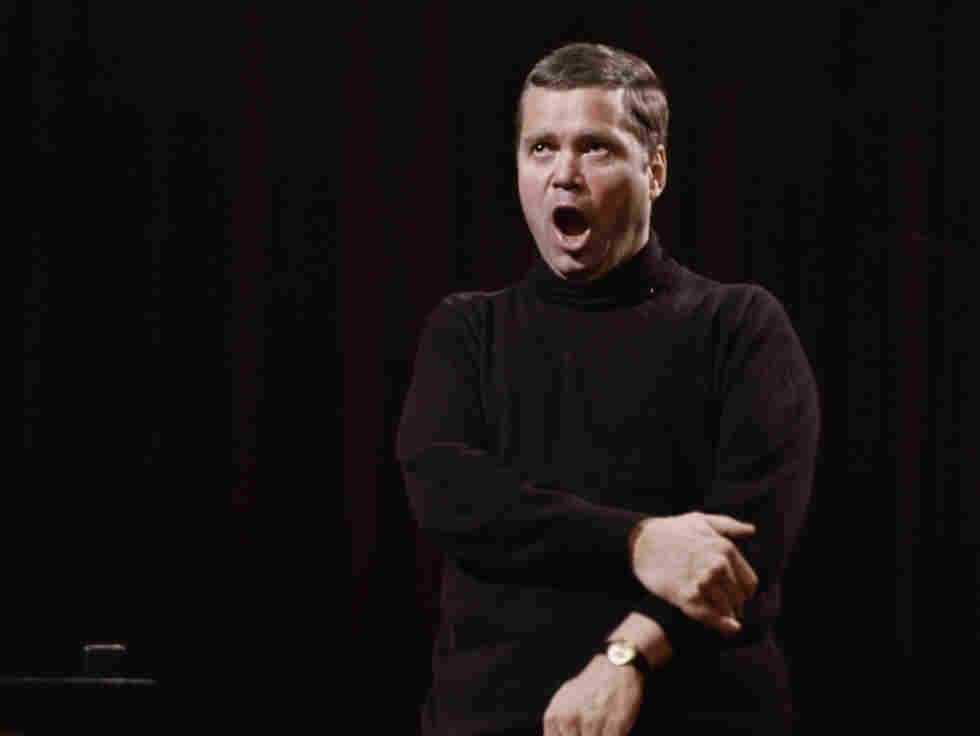 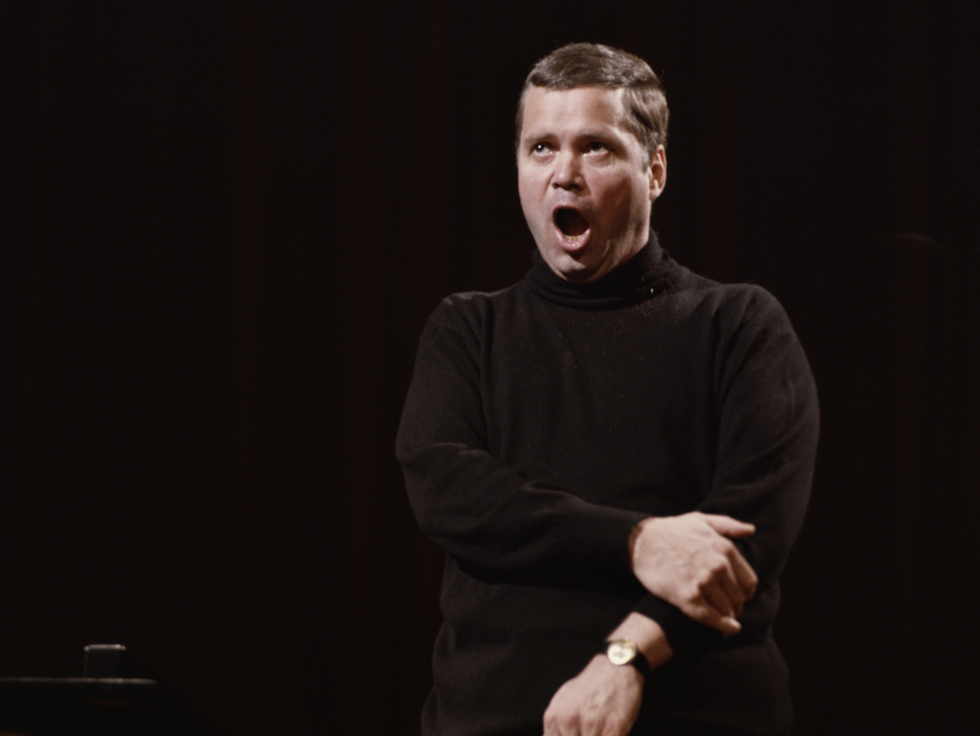 A portrait of Dietrich Fischer-Dieskau taken circa 1965.

Baritone Dietrich Fischer-Dieskau — often cited as one of the greatest and most influential singers of the 20th century — died near Starnberg, Germany this morning at age 86. His wife, soprano Julia Varady, announced his death from undisclosed causes.

Fischer-Dieskau's lyricism and sensitivity to the words he was singing made him unmatched among song interpreters. His repertoire was said to include more than 3,000 songs by composers including Schubert, Brahms, Schumann, Mahler and Wolf, and he made hundreds of recordings over the course of his 50-year career. When he made his American debut in 1955 (singing Schubert's Winterreise), the New York Times cheered, "The performance left no doubt that last night's listeners were in the presence of a singing artist." In Richard Wigmore's 2007 biography Dietrich Fischer-Dieskau: The Baritone of Our Age, soprano Elisabeth Schwarzkopf hailed her frequent colleague as "a born god who has it all."

Reached this morning by phone, Tim Page, professor of music and journalism at USC, said, "What makes Fischer-Dieskau such a significant artist, especially when it comes to lieder, is just the way he throws himself completely into the music. You have the sense that he's examined it from every possible angle and he's chosen this way to go with it. The shading and the sensitivity with which he works with words, not only their meaning but the way he caresses their phonemes, is quite remarkable."

Fischer-Dieskau was also widely respected on the opera stage, with roles that ranged from the Count in Mozart's Nozze di Figaro to the title roles of Verdi's Rigoletto and Paul Hindemith's Cardillac. After his retirement from the stage in 1992, he continued to be a vigorous presence in master classes.

The baritone was born May 28, 1925 in Berlin. By his own figuring, he tried to start singing somewhere around age 2. His mother supported his fascination by taking him to concerts even when he was barely school-aged. By the time he was a teenager, he was already becoming a force to be reckoned with.

He first sang Winterreise in public at age 17, in 1943. He was singing at the town hall of Zehlendorf, a suburb of Berlin. The performance was interrupted by an RAF bombing. In an interview he gave to The Guardian upon turning 80, the singer recalled, "The whole audience of 200 people and myself had to go into the cellar for two-and-a-half hours. Then when the raid was over we came back up and resumed."

One of his most frequent collaborators, the pianist Gerald Moore, wrote in his memoirs: "He had only sung one phrase before I knew I was in the presence of a master." (At the time, Moore was 52 years old, while Fischer-Dieskau was just half the pianist's age.) As time went on, the admiration only increased for this musician's musician: Fischer-Dieskau partnered with such pianistic legends as Sviatoslav Richter, Vladimir Horowitz, Daniel Barenboim and Alfred Brendel.

The baritone's very first recording, of Brahms' Four Serious Songs, was made in 1949. Within two years, he was giving his first concert in London and made his first recording with Gerald Moore — the first of no less than three recorded traversals of Schubert's Die Schoene Muellerin with Moore, along with other recordings of the same cycle with Alfred Brendel and other pianists.

The Second World War defined a large part of the singer's youth. Conscripted into the German army, he was captured in Italy by the Americans in 1945 and spent almost two years as a POW; while there, he gave recitals of Schubert songs. Once the Nazis were defeated, Fischer-Dieskau returned to Berlin and began singing professionally.

In a gesture suffused with symbolism, it was Fischer-Dieskau whom English composer and conductor Benjamin Britten requested to sing in the premiere of Britten's War Requiem in 1962 at the shattered and then rebuilt Coventry Cathedral. Britten's choice of wording speaks volumes about Fischer-Dieskau's immense reputation among fellow artists: "With great temerity," Britten wrote in his letter, "I am asking you whether you would sing the baritone."