Accessibility links
Kept From Playing Piano, Vanessa Perez Pushes Through To Success : Deceptive Cadence A rising Venezuelan pianist explains how she overcame her mother's fears to pursue her destiny. She shares music by Chopin, Villa-Lobos and Albeniz with us live from NPR's Studio 4A.

30:53
Kept From Playing Piano, Vanessa Perez Pushes Through To Success 30:53 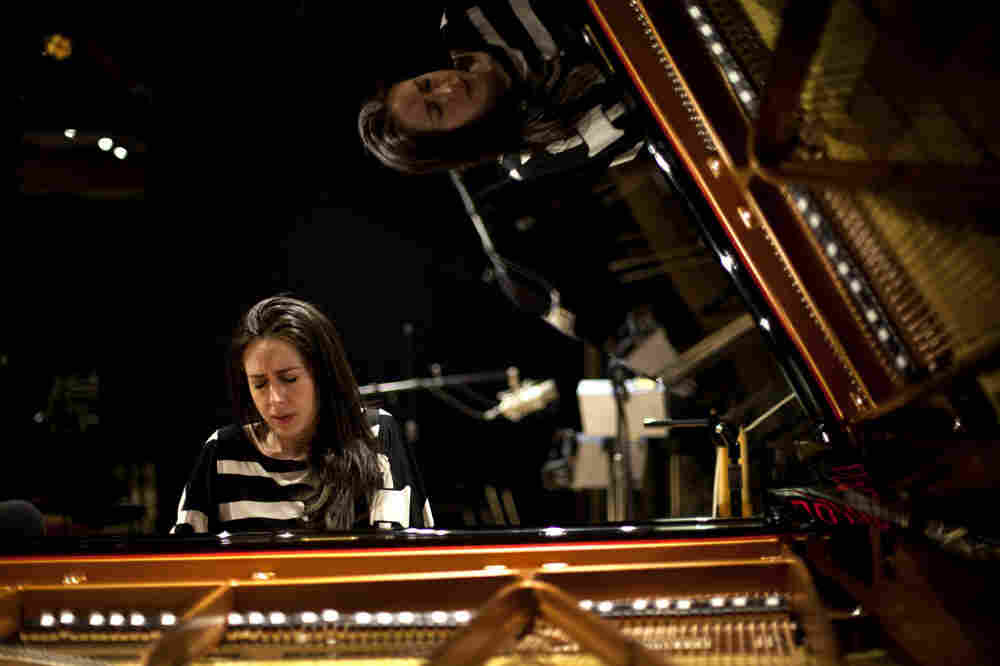 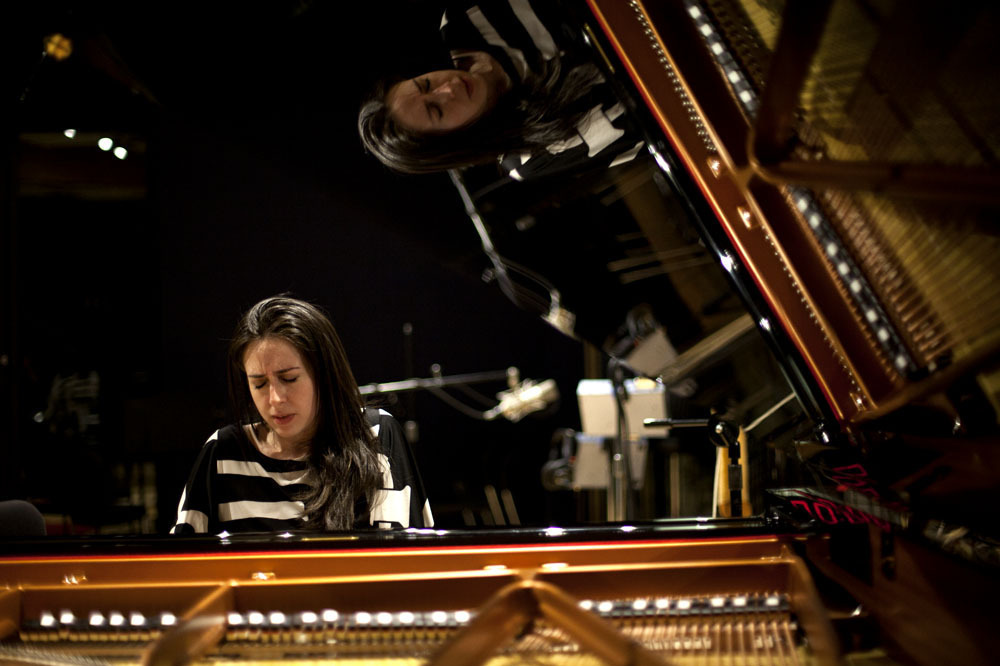 There are stories both famous and infamous of children pushed into performing careers by their parents (Britney Spears, Michael Jackson, Judy Garland ... the list goes on and on). But Vanessa Perez has become a fine young pianist despite her mother's best efforts to keep her away from the performing arts.

Perez is an up-and-coming pianist from Venezuela. Before she was born, her mother aspired to a career as a pianist, but suffered from debilitating stage fright. It was intensely traumatic and painful, so with the best intentions, she vowed that her daughter wouldn't suffer that same torment.

Yet part of the family income came from her work as a piano teacher. So little Vanessa grew up hearing her mother both playing the piano and giving other kids lessons. In our conversation, Perez told me she was transfixed by the sound. "I would listen to her play Beethoven and Chopin all the time at home," she said.

Perez wanted more than anything in this world for her mother to share the magic of playing the piano, but her mother refused. Perez cried and cried — and her mother found herself making her daughter miserable, by trying to save her daughter from misery.

After a two-year battle of wills, her mother gave in when Perez was 7 years old, and began to give her lessons. Vanessa took to it instantly. Four years later, she moved to the U.S. for more advanced training, and then to Europe. She's been touring across the Americas and Europe for several years now. This spring, her first recording for Telarc is out: Chopin's complete preludes.

Perez joined me from NPR's Studio 4A in Washington DC to play a few Chopin preludes for us, as well as a collection of incisive miniatures by Brazilian composer Heitor Villa-Lobos. She began with a sweet, floating rendition of "Granada" from the Suite Espagnole by Spanish composer Isaac Albeniz.