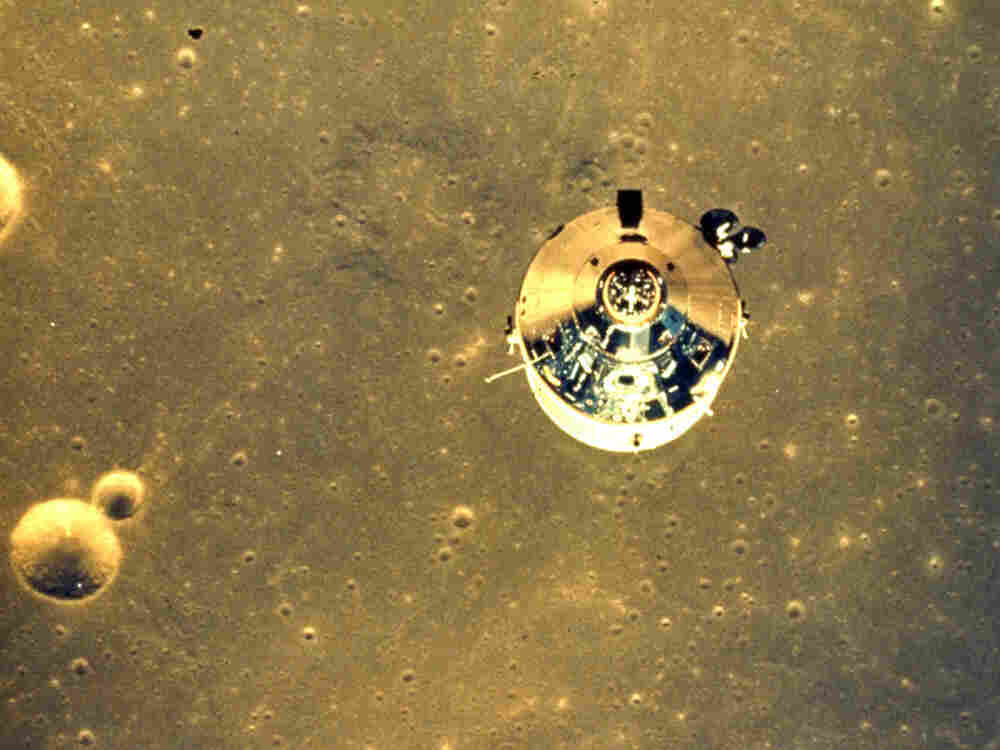 The Apollo 11 space module above the surface of the moon. Hulton Archive/Getty Images hide caption 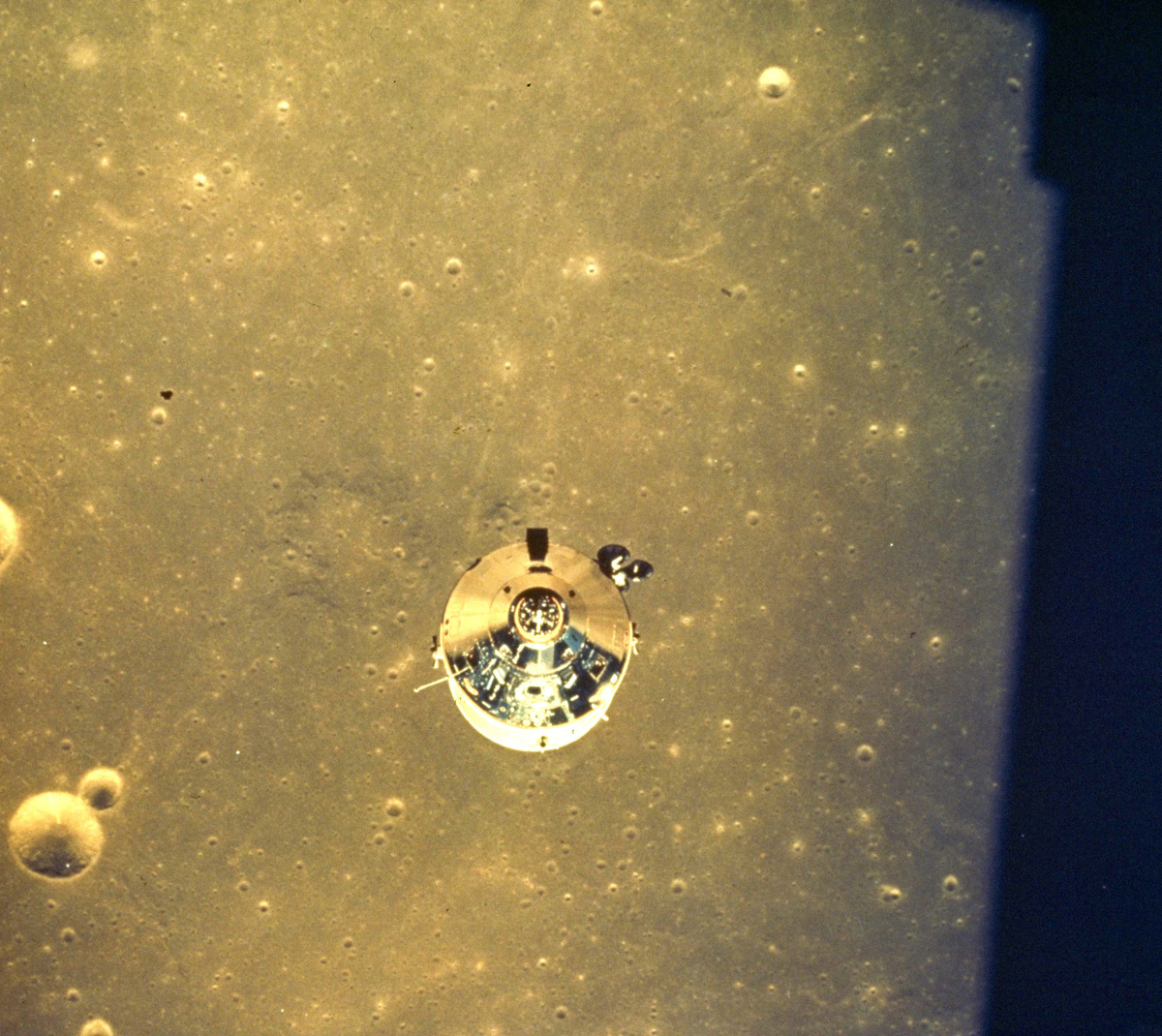 The Apollo 11 space module above the surface of the moon.

When producer, composer and multimedia artist Brian Eno began his series of ambient music projects in the late 1970s, something about those serene, spacious soundscapes resonated deeply with me. I nearly wore out my vinyl copies of Music for Airports, The Plateaux of Mirror and Music for Films.

Apollo: Atmospheres & Soundtracks, from 1983, is another such masterwork of evocative tranquility. Eno, joined by his brother Roger Eno and Daniel Lanois, created a soundtrack for the film For All Mankind, which documented the Apollo space missions.

Now that gently buoyant, primarily synthesizer-based music lives on in an arrangement for more traditional instruments by Woojun Lee. Apollo, released on June 26, is performed by Icebreaker, the 12-member UK ensemble.

The album, recorded live, grew out of a series of performances the group gave accompanying NASA footage at London's Science Museum in 2009, celebrating the 40th anniversary of the lunar landings.

It seems the Apollo astronauts were fond of country music, and on the original album, Lanois' pedal steel guitar rings out on a few tracks. Eno joked that they were making "zero gravity country and western." On the new recording, it's BJ Cole's pedal steel that soars with melody on "Deep Blue Day," and floats like so much crystalline space dust on "Weightless." 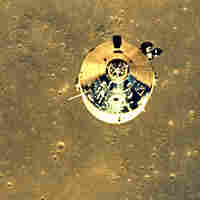 The Apollo 11 space module above the surface of the moon. Hulton Archive/Getty Images hide caption

The Apollo 11 space module above the surface of the moon.

The new album can't quite match Eno's depth of field — the vastness of space on the original is palpable — or his otherworldly intonations, from whizzing gizmos to odd grunting that sounds like some giant space creature's anguished mating call.

But Lee and Icebreaker's new instrument choices are creative. The insistent three-note descending theme in "The Secret Place," originally a reverberant synth tone, is replaced by breathy panpipes. And in the excellent "An Ending (Ascent) II," (heard above) the simple repeated melody, so infused with yearning, is beautifully rendered with a blend of flutes, accordion and Cole's searching pedal steel.

This isn't the first time Eno's electronic ambient music has been beefed up with traditional instruments. The new music collective Bang on a Can (on whose label, Cantaloupe Music, this new album is released) recorded a successful conventional-instruments arrangement of Eno's first ambient record, Music for Airports, in 1998. And similarly, Maxim Moston recently created a gorgeous orchestral arrangement of William Basinski's The Disintegration Loops for the 10th anniversary of Sept. 11.

Eno said his ambient music should be as ignorable as it is listenable. This new version of Apollo leans heavily toward the listenable, with more than enough to delight the ears many times over.