Accessibility links
How Does A Kid Choose The Right Instrument To Play? : Deceptive Cadence Nuns seated young Christopher O'Riley at the piano to keep him out of trouble. The Spokane Symphony's principal trombonist was handed the only remaining instrument in school band. What's the best way to help a child find the right thing to play? 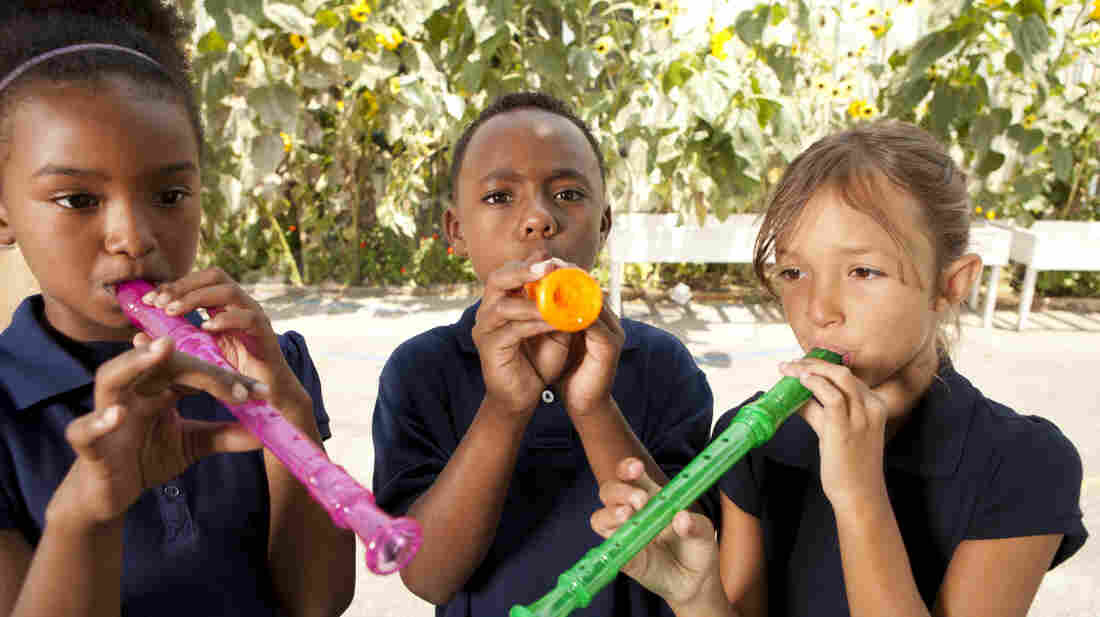 Can you fall in love with the sound of a plastic recorder? iStock hide caption 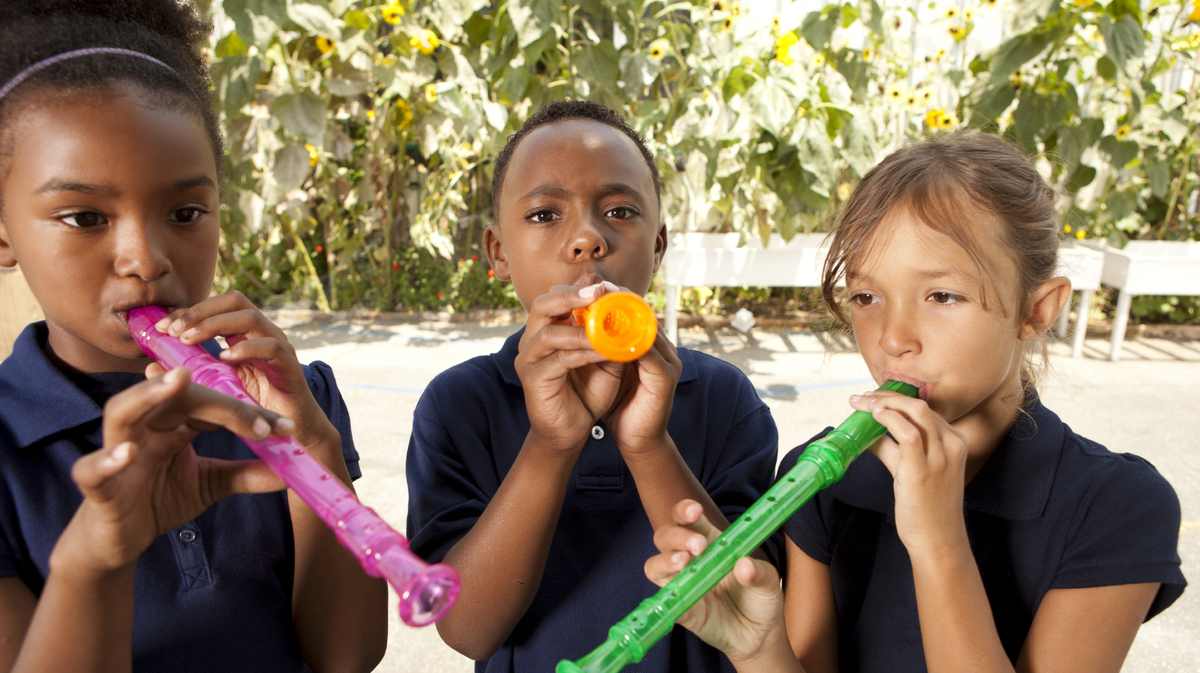 Can you fall in love with the sound of a plastic recorder?

Whether it's learning saxophone in school band, taking Saturday piano lessons, or participating in a top-flight youth orchestra, there are tens of millions of kids in the United States learning to play instruments. Way back in 2003, Gallup pollsters figured that at least 84 million Americans play an instrument — and at least a third of those players were then between the ages of 5 and 17.

But for many families, there's still not a whole lot of infrastructure or easily tapped collective wisdom surrounding learning music, especially considering the state of music education in American public schools these days.

With that in mind, we thought it would be great to team up with our friends at the NPR-distributed program From The Top — a really terrific program that showcases talented young musicians across the country — to share what their participants, and their families, have learned along the way. So all this week, we'll be exploring this in a series we're calling "A Young Person's Guide To Making Music": from choosing the right instrument to tackling practice to dealing with auditions.

We also know that the Deceptive Cadence community has wonderful experience and wisdom to share, so each day this week, we'll be asking you to contribute your own knowledge and thoughts to broaden the conversation.

We're kicking off the week with a fundamental question: How do you figure out which instrument is the right fit?

Sometimes, simple logistics seem to lead the way to true love of a particular instrument — whether a kid can reach a piano's pedals, for example, or if, in the case of an aspiring brass player, her or his adult teeth have come in. Ross Holcombe, a From the Top alum who is now the principal trombonist in the Spokane Symphony Orchestra, says that by the time his school band teacher got around to assigning him an instrument, the only option left was trombone. Marvin Brown, who appeared on From the Top at age 18, had his heart set on playing the double bass — but his desire was thwarted when he learned he wouldn't be allowed to take a bass on his school bus. He switched to the cello.

And you can't discount the influence of burgeoning hormones. Violist Matthew Lipman, now an undergrad at Juilliard, says that having crushes on two girls led him first to the trumpet, and then to the viola:

Occasionally, the sheer oddity of an instrument proves beguiling. Bassoonist Sarah Abraham, who's now 20, had never heard or seen her instrument until she was 13 — just three years before she appeared on From the Top. "I found it weird and complex," she recalls. "I remember it was about my height. It was totally foreign to me and therefore totally interesting."

From The Top host Christopher O'Riley says that it wasn't exactly choice that led him to the piano. "My mother taught me to read before kindergarten," he recalls, "and when the nuns at St. Athanasius in Evanston, Illinois, found out I knew how to read, they told my mother I'd be bored in kindergarten — and when kids are bored they cause trouble, and they didn't want any troublemakers." So, he continues, "they gave my mother an ultimatum: For $15 a week I could either take private French lessons or private piano lessons. My mother thought I had some sort of musical talent because I could read the album jacket of Tchaikovsky's Piano Concerto in B-Flat Minor. She assumed I had perfect pitch, but I was really just reading."

Sometimes the match is simply kismet. Singer Nadine Sierra, who appeared on From the Top at age 15 and is now 24 years old, says she fell hard for opera as a very little kid. "I remember my mom brought home a VHS tape of La Boheme from the Met," Nadine says. "I kept watching it every single day and was so emotional about it. I thought, 'I have to do this, I just have to be like them.'" And she's done just that: four years ago, Nadine became the youngest soprano ever to win the prestigious Metropolitan Opera National Council auditions.

Taking part in "petting zoos" can be a fantastic and low-key introduction to many instruments as well: I probably would have never began playing the violin myself if the Boston Symphony Orchestra hadn't been letting kids try out fiddles in the Public Garden on one warm summer day. A little bit of sawing back and forth on open strings, and I was sold.

However, it can also take a little musical meandering for a kid to find his or her niche. Listen to how oboist Yuga Cohler, who was 14 years old when he appeared on From The Top, drove his parents slightly batty before what he thought was his double-reeded destiny:

(However, Cohler wound up making yet one more major switch before finding his true calling. At the ripened age of 21, he's now a conductor.)

And that's the most important aspect of picking the right instrument: not trying to anticipate which one would garner the best chance of a college scholarship, or trying to discern which is the most popular choice among schoolmates and friends. If it's a "love match," the kid is more likely to stick with it. That's not to say that every day will be easy, of course — but if the child enjoys the sound and feeling of playing the instrument, all the better.

What's your story? Did your daughter (or you) know at first sound that it was love? Or did it take a while to find an instrument your son clicked with? Tell us your stories.