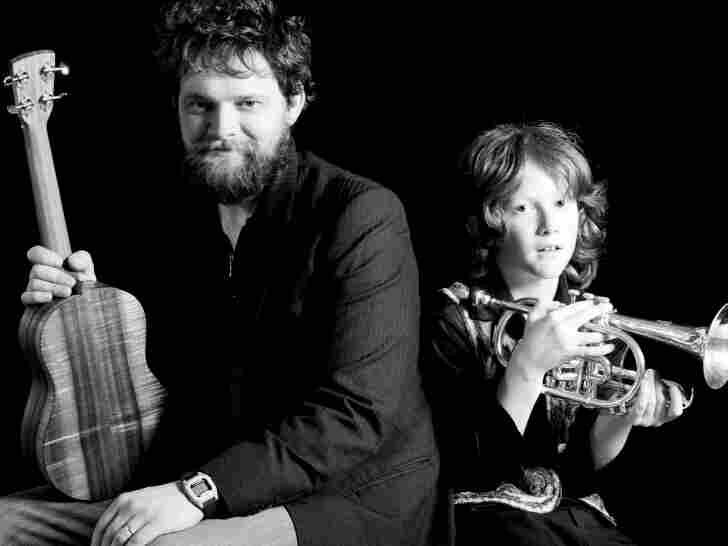 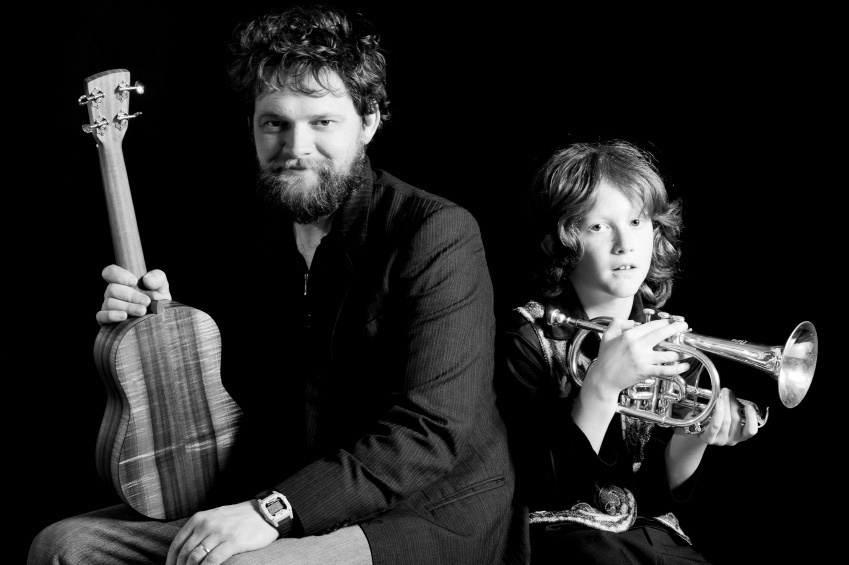 Fathers have played an important role in shaping musical history.

With Father's Day coming up this weekend, Morning Edition music commentator Miles Hoffman has been thinking about a few musical dads and their children.

"Leopold Mozart is always a good place to start," Hoffman says, "because we have so many letters from Wolfgang Amadeus Mozart to his father. And we know it was a fraught relationship."

Leopold trained his son, recognizing his genius and touring him all over Europe when the younger Mozart was a child prodigy. Mozart did owe his career to his father. But later, when Leopold tried to give him advice, Hoffman says, Mozart resisted.

"There was some resentment, but always respectful," Hoffman says. "It's a famous relationship and a complex relationship, but a very important one."

The Legacy Of 'Papa' Haydn

Sidestepping biological fathers for a moment, Hoffman says there's one important musical father who never had any children.

"Joseph Haydn, who was known during his lifetime as 'Papa' Haydn, was the father of three forms that remain central to the classical music repertoire: the symphony, string quartet and piano trio."

Although Haydn didn't invent the forms alone, Hoffman says he was the first genius who worked in those forms, creating the standard that influenced and inspired Mozart, Beethoven and everybody who came later.

"And afterward," Hoffman says, "there was no such thing as a great composer who could ignore these forms."

Another father who had a turbulent relationship with his musical child was Friedrich Wieck. He was the father of Clara Schumann, one of the great pianists of the 19th century and a very good composer, as well. Before his daughter was born, Wieck decided she would become a piano virtuoso. He began teaching her at age 5. It turned out that Clara became far more talented than her father could ever have foreseen. The trouble, Hoffman says, came when Clara fell in love with Robert Schumann.

"Wieck basically went berserk," Hoffman says. "He couldn't take it; he even threatened to shoot Schumann. He did everything he could to prevent their marriage. He was afraid that Robert Schumann would get in the way of his daughter's career. But she was also Wieck's meal ticket, so that was complicated, too. You know, with fathers and children, nothing is ever entirely black and white."

Richard Strauss, the composer of tone poems like Don Juan and operas like Salome and Der Rosenkavalier, also had a musical dad.

"These days, I don't think most people know that his father, Franz, was also a great musician, a world-famous French-horn player," Hoffman says. "He was Richard's first music teacher, and an inspirational one, but he was a musical arch-conservative who wouldn't let his son study the music of Wagner."

Wagner himself once said that Franz Strauss was a "detestable fellow, but when he plays the horn you can't be angry with him." Richard Strauss once described his father as "vehement, irascible and tyrannical."

Then there are those non-musical fathers, Hoffman says, who were unhappy that their children chose music.

And what about Hoffman's own dad?

"My father was not a musician; he was a doctor," Hoffman says. "I was actually pre-med in college. My father was disappointed when I didn't go into medicine, but he always supported my choices, and it was he who introduced me to music. He found me a violin teacher for me when I asked for lessons, and he bought me my first records — the Bach Double Violin Concerto and Jascha Heifetz playing the Mendelssohn Concerto. When I was a little boy, I used to fall asleep to that Heifetz recording every night."

Have any musical stories about your father? Tell us about them in the comments section.