Accessibility links
How Do You Encourage Your Kid Without Being A Crazy Stage Parent? : Deceptive Cadence How do you avoid morphing into an evil taskmaster when encouraging your child to practice? Try applying positive peer pressure or stepping back gracefully, successful parents say. 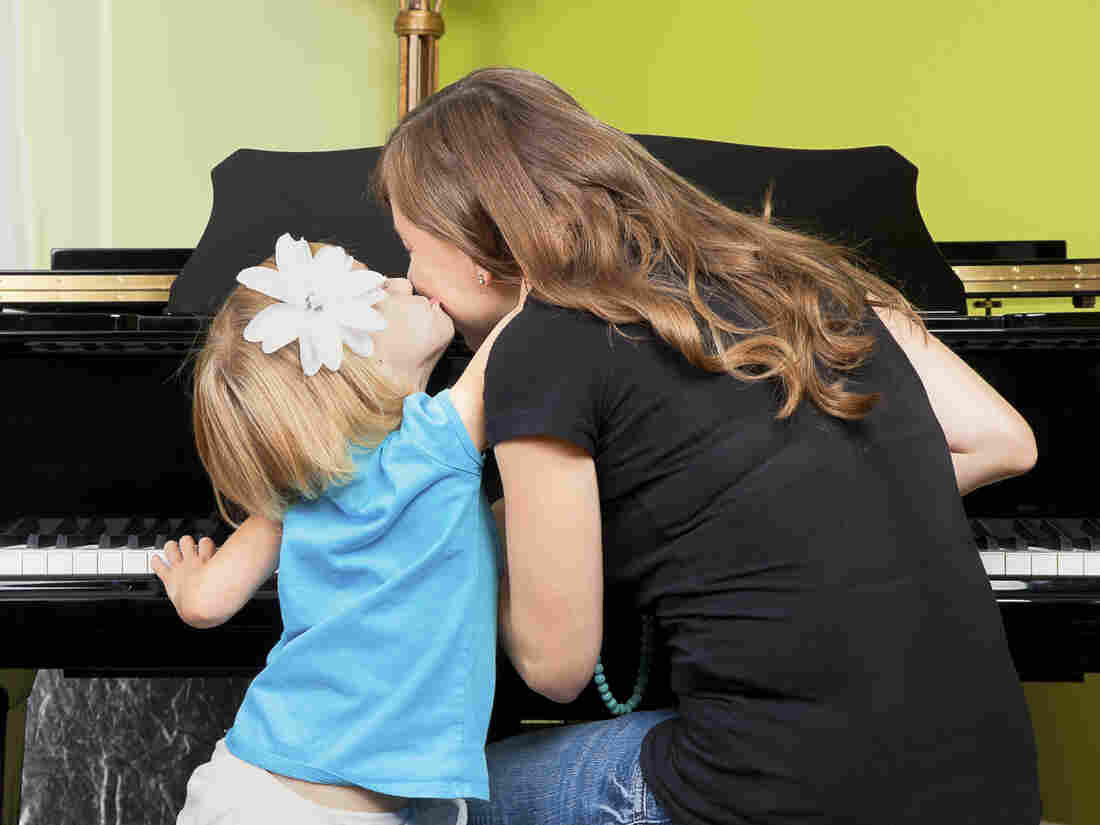 If your child's happy and she knows it, then her practice time will surely show it. iStock hide caption 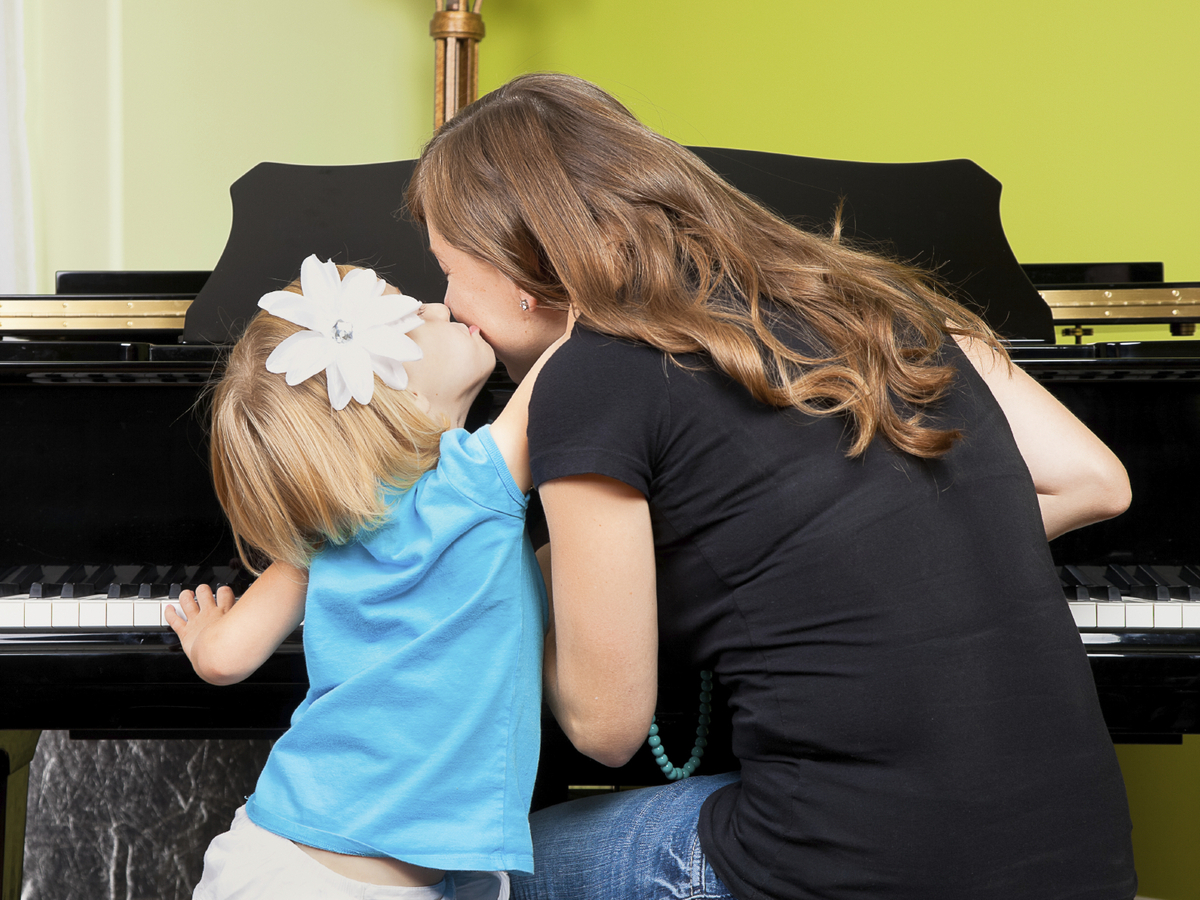 If your child's happy and she knows it, then her practice time will surely show it.

All this week, we've been exploring ways to encourage kids' enthusiasm in learning music, from picking an instrument to finding a teacher to practicing effectively.

Today we're asking a delicate question: What's the line between nurturing a kid's innate love of music and morphing into the classical music version of a mom on Toddlers and Tiaras?

The potential for parental overdrive lurks in every extracurricular activity. You don't need to go any further than your local T-ball or soccer field on any given Saturday morning to see that. But when it comes to making music, and maybe even classical music in particular, it feels like the level of competitiveness can rise even higher. (Thanks again, Amy Chua!)

Some From the Top families have lived in those trenches — and emerged with good advice. 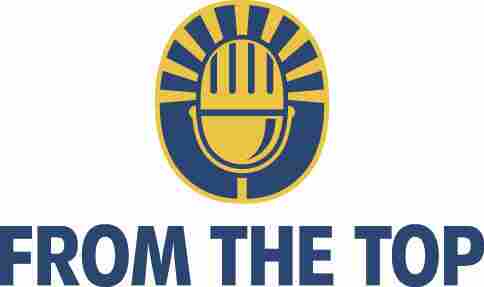 Flutist Barbara Nakazawa, the mother of a From the Top alumnus cellist named Joshua Nakazawa, suggests an alternative to nagging. She recommends applying doses of positive peer pressure. "Have your child enroll in a chamber music class," she says. "It's true that band and orchestra are fun and social, but with chamber music, you have to really know your individual part and listen to the other players."

It's important not just to tell your child to practice but also to nurture and monitor learning and growing. "With chamber music," Nakazawa says, "they will not want to let the group down — and they will prepare their part. It is most important to let them find pleasure and magic in music. Chamber music is that magic."

16-year-old From the Top pianist Hilda Huang says that some of the best kind of familial support isn't necessarily the obvious kind, like helping to finance lessons and instruments or shuttling kids to rehearsals. "Parents are best as cheerleaders and, of course, as loving parents," Huang says. "But some support, like the not-so-obvious things like providing quiet during practice, is always nice and comforting."

However, Hilda offers a note of caution as well. "Often, parents who are musicians themselves can get too caught up in their child's musical development," she says. "Living vicariously never did people too much good."

The other side of the coin is when parents don't play an instrument or sing themselves, but still want to be an active presence. Maybe then it's about sharing recorded music you love (in any genre), or going to concerts to learn more together; in the Suzuki model, parents are actually encouraged to learn the instrument along with the child.

In either case, it's important to focus attention on the kid's experience, and their perceptions about playing music. "What my children did with their musical talent and abilities was not about me," stresses Judy Merritt, mother of bassist and From the Top alum Edward Merritt. "It was about me understanding them, accepting them and providing support for them and their own musical journeys. No musical talent is ever wasted — it may just not take the form we want it to take for the child. And I as a parent had to be okay with that."

So how do you help the child see making music as a great creative outlet rather than as fuel in an (imaginary) ascent to the top? Judy Merritt has some wisdom that elevates performance from feats of rote muscle memory to a higher plane.

"My two very different musically gifted children have taught me that if the child feels the emotional expression, then playing and practicing will be about learning and perfecting the language of the heart. Playing will have more meaning," Merritt says. "The best musicians, whether children or adults, are the ones whose heads, hearts and bodies are all connected in musical expression."

But what do you do when one of your children decides to step back from pursuing music as intensively as he or she once did? How do you handle the transition gracefully, particularly if your child's sense of self has largely revolved around being a musician?

When one of her children decided to scale back from playing so much, Sarah Odhner (mother of From the Top alum violinist Ben Odhner) figured out a way of letting things wind down that reduced stress for everyone. "When one of our sons was 16," she explains, "he gravitated to non-musical activities and really did not to practice viola. Nagging teens quickly turns toxic, so my husband and I decided to put him on a six-week plan.

"We outlined a minimal amount of practicing that we expected and told him that we wouldn't be giving him any reminders to practice. At the end of the six weeks, he had not fulfilled the minimum requirement, and he dropped the instrument." She notes that he still loves music, but wound up with a doctorate in chemistry.

So how do you walk that line between being supportive and being overbearing? Tell us in the comments section.