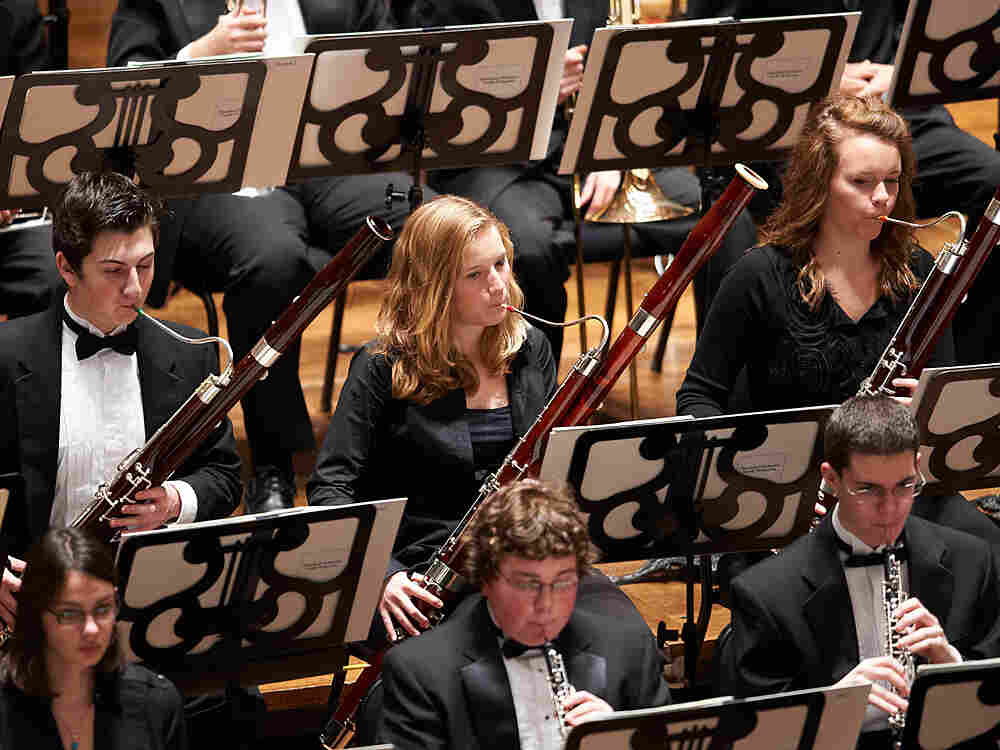 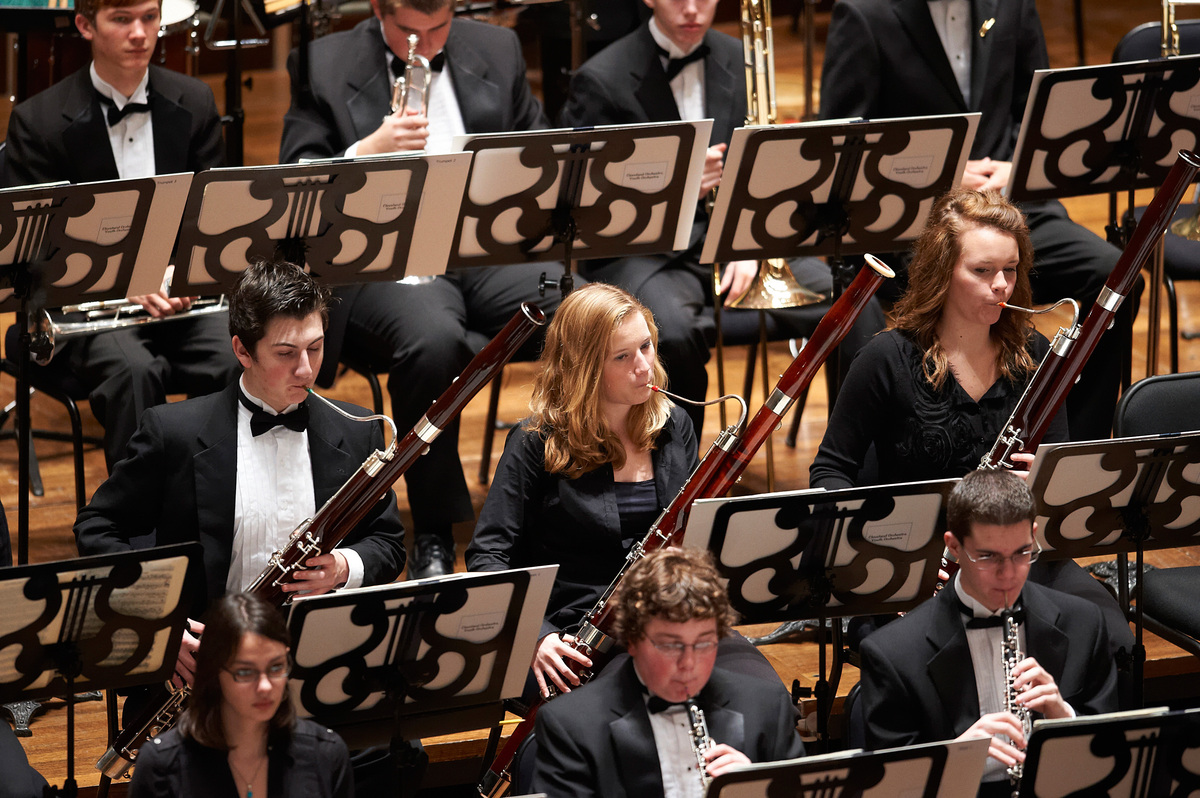 Nurturing young talent is a long tradition in the classical music world, and many professional orchestras have their own youth orchestras. But it stands to reason that an organization with the kind of international stature the Cleveland Orchestra enjoys would have a top-notch youth ensemble. It does. And it's called, not surprisingly, the Cleveland Orchestra Youth Orchestra — COYO for short. The young musicians have just embarked on a European tour.

I caught up with the orchestra at rehearsal in the Cleveland Orchestra's beautiful Severance Hall, just before its members left. Kevin Ritenour, an 18-year-old percussionist, has been studying music since the fifth grade. He says it's his third year with COYO.

"I enjoy most getting to play in Severance Hall every weekend," he says. "It's truly an honor to be able to play in one of the greatest halls in the world, every weekend, and to be surrounded by such young talent. It's just a humbling experience."

Henry and Serena Shepherd, 13-year-old twins who play cello and violin, respectively, are remarkably sophisticated about going to Europe on the ensemble's first international tour in its 26-year history.

"I'm looking forward to experiencing new halls," Henry says. "We're really spoiled here with Severance Hall, but I'll be interested to see sort of the European standard of a concert hall, and how our orchestra's going to adapt to that."

Serena, like many COYO kids, says she hopes to one day play in a professional orchestra. The coaching she gets from Cleveland Orchestra pros really helps.

"It's a really good experience to hear the input of the players," she says. "They've played all the pieces that we've played, so they know the behind-the-scenes information, which is really great to get a sense of, and it really helps when it comes to our concerts."

Many COYO alumni, like 18-year-old Chad Hoopes, have gone on to play with big American orchestras.

Hoopes is still in high school, studying with former Juilliard Quartet violinist Joel Smirnoff at the Cleveland Institute of Music. But he also has a budding professional career — thanks mainly, he says, to his experience in COYO. Hoopes has performed with the San Diego, San Francisco, Pittsburgh and Houston symphonies.

"Being able to be in the youth orchestra sets you up to not only play in the orchestra, but it sets you up as an artist, overall artist, and a musician that knows how to work well with other people, and collaborate, and be able to experiment and give and take," Hoopes says. "Those are some of the lessons I learned and the growth experience that I had when I participated in the youth orchestra."

The members of COYO are getting a chance to show Europe what they can do. They finish their tour Wednesday night in the grand Hall of the Mozarteum in Salzburg.

The audio of this story, as did a previous Web version, says that Mozart's grave is in Salzburg. Mozart is actually buried in Vienna.