Accessibility links
Avi Avital: A Mandolinist's Unlikely Education : Deceptive Cadence The Israeli musician discovered his instrument through a set of childhood coincidences. He tells the unlikely story and discusses Bach, his new album. 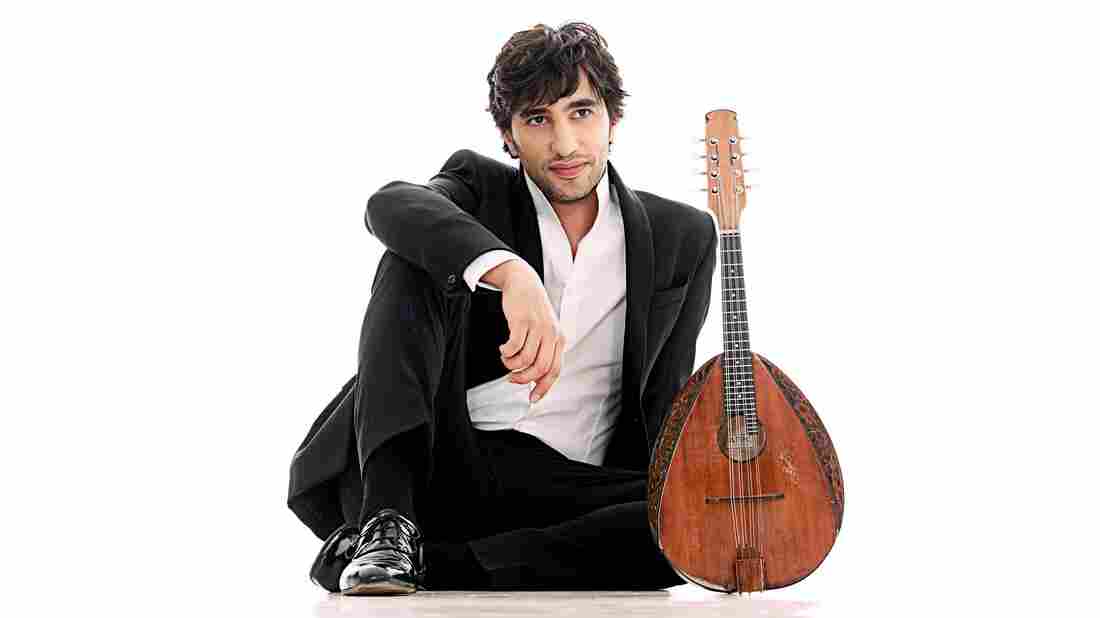 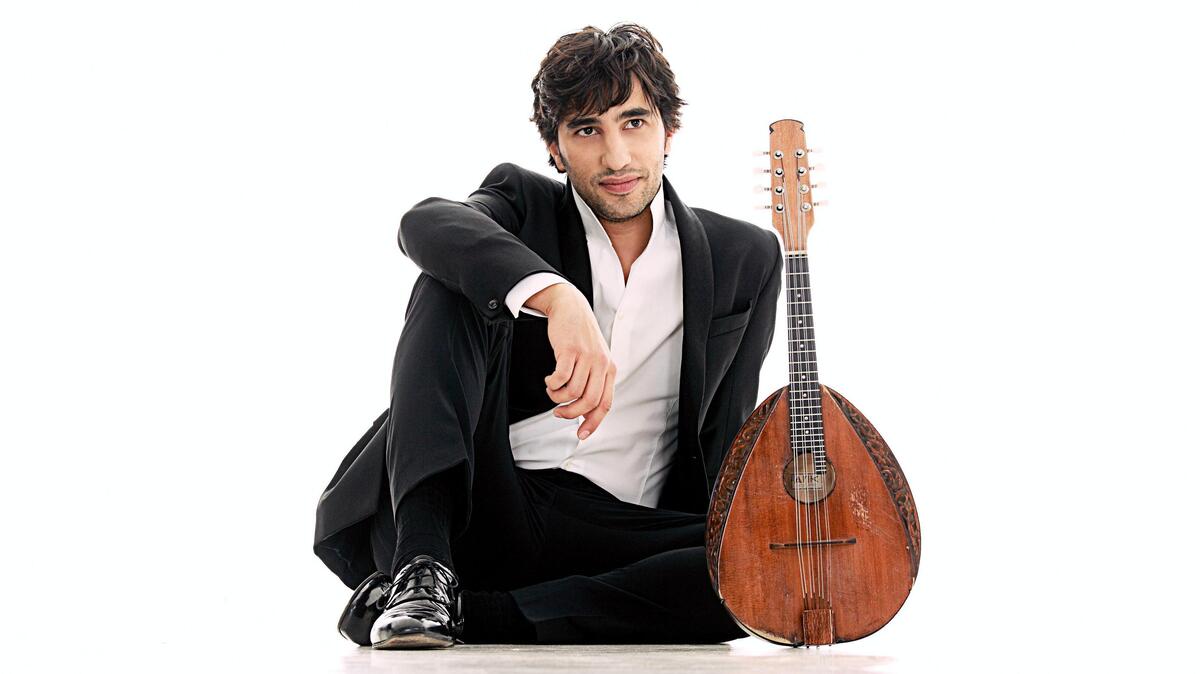 Avi Avital is one of the world's leading classical mandolinists, gracing concert halls from Tel Aviv to Munich to New York. But the young Israeli says he discovered the mandolin only by coincidence.

"When I was a kid, I had a neighbor who played the mandolin — the neighbor from upstairs," Avital tells NPR's Guy Raz. "It was one of those buildings where all the doors are open and all the neighbors are friends and more close than relatives. It was like one big family.

"I arrived to the age where I wanted to do something after school, and I liked music very much, so when my mother asked me, 'What would you like to play?' I said, 'Mandolin, like my neighbor.'"

Avital says it was also a coincidence that he was able to learn to play classical mandolin in his hometown of Beersheba, a small city in the desert of southern Israel.

"Funny enough, there is a mandolin orchestra there in Beersheba and that's where I grew up musically," he says. "We had a mandolin teacher, Simcha Nathanson. He himself was a violin professor back in Russia and he came to apply for a job in the local conservatory as a violin teacher. But they told him, 'We're sorry, we have a violin professor already, but, if you want, we have like 30 mandolins in the basement — we got some kind of donation. You can teach those.'"

Avital credits his musical dexterity to this unorthodox education — learning the mandolin from violinists.

"Because [Nathanson] was a violin teacher — and afterwards when I went to grad school, to the music academy in Jerusalem, I also had a violin professor because there was no mandolin teacher — I ended up playing all the violin repertoire on the mandolin," Avital says. "I think, looking back, it was actually an advantage for me because I got to learn pieces that require expertise and technique from the mandolin that you can't find in Vivaldi's mandolin concerto as it is. So it kind of forced me to squeeze out of this tiny instrument much more than usually one would be used to hearing." 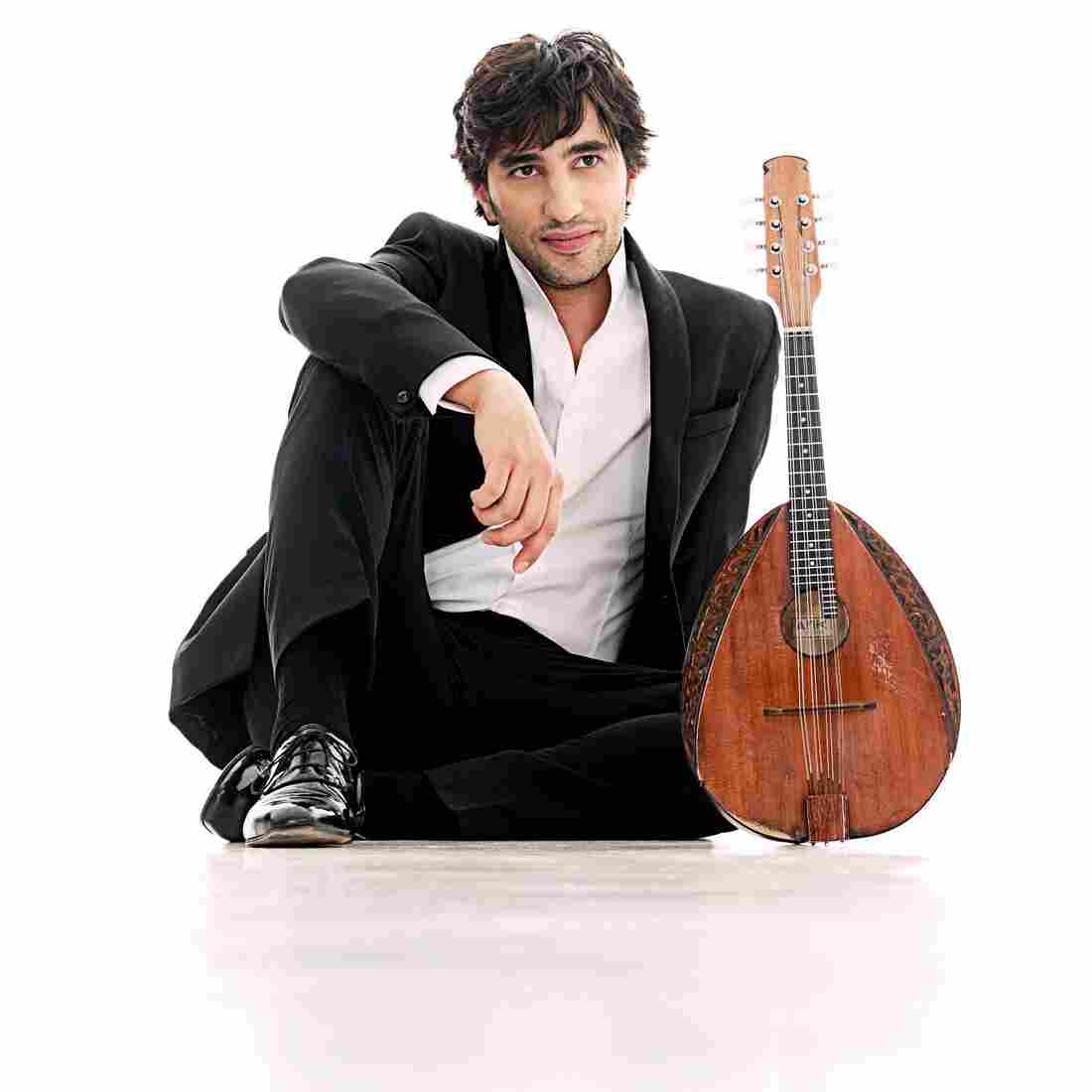 Prelude to Bach's Cello Suite No. 1

Avital says his latest project — a new disc called Bach, which adapts music J.S. Bach wrote for other instruments, like the violin, oboe or harpsichord, to the mandolin — is in that same creative spirit.

"Obviously when you take a piece written for harpsichord originally, it's more about adaptations," he says. "The challenge, for example, in these concertos was to find the essence of the music because, obviously, the harpsichord plays with both hands — he has the left hand — and just to find the essence of the music, of the melody, what's the most important part in the concerto, and that's how I went with the transcriptions."

But Avital says Bach's artistry made that an easy task.

"There is something about the music of Bach which sets him apart from any other composer that I know," he says. "It is so absolute and so divine and so universal, that the instrument you play on ... is not really the main thing that matters. In other words, if you hear Bach's music on any instrument, it's probably one of the few composers that you immediately recognize — It's Bach! — and it's as powerful as for whatever instrument it's written originally."

And it's not just Bach that Avital is reinterpreting. He says he follows his imagination wherever it takes him, from Israeli jazz to Balkan klezmer.

"That's the most the most exciting thing about being a mandolin player, or, at least the way that I see it," Avital says. "Practically it's like I'm walking on a path that I'm inventing every day. I'm just working on a project with three wonderful Israeli jazz musicians — Omer Avital, bass and oud, and Omer Klein, pianist and percussionist Itamar Doari — that's going to debut in September at Musikfest Bremen. And I have another trio playing more klezmer and Balkan music, so I'm really trying to be very wide about the kind of repertoire and music genres that I'm playing and always rediscovering the mandolin I'm holding, redefining it all over, again and again."