Accessibility links
A Musician And The Audition Of His Life : Deceptive Cadence Meet Mike Tetreault, a professional percussionist who spent a year working about 20 hours a day toward his dream job — and how his fate was decided in just a few minutes. 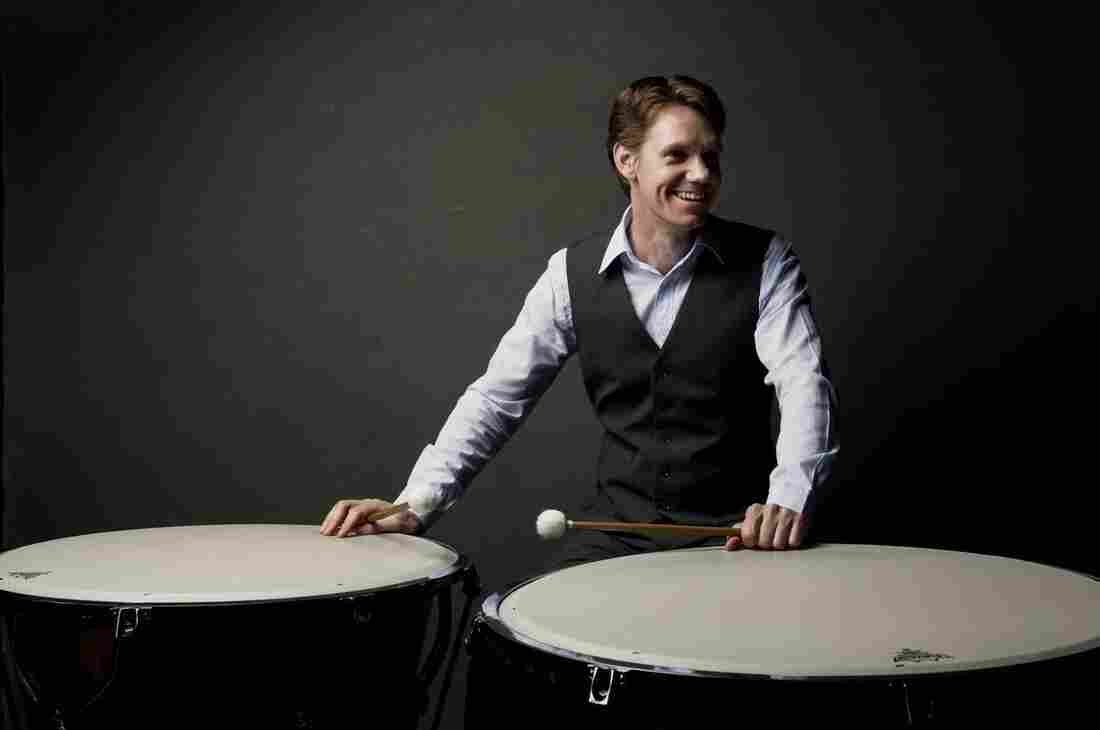 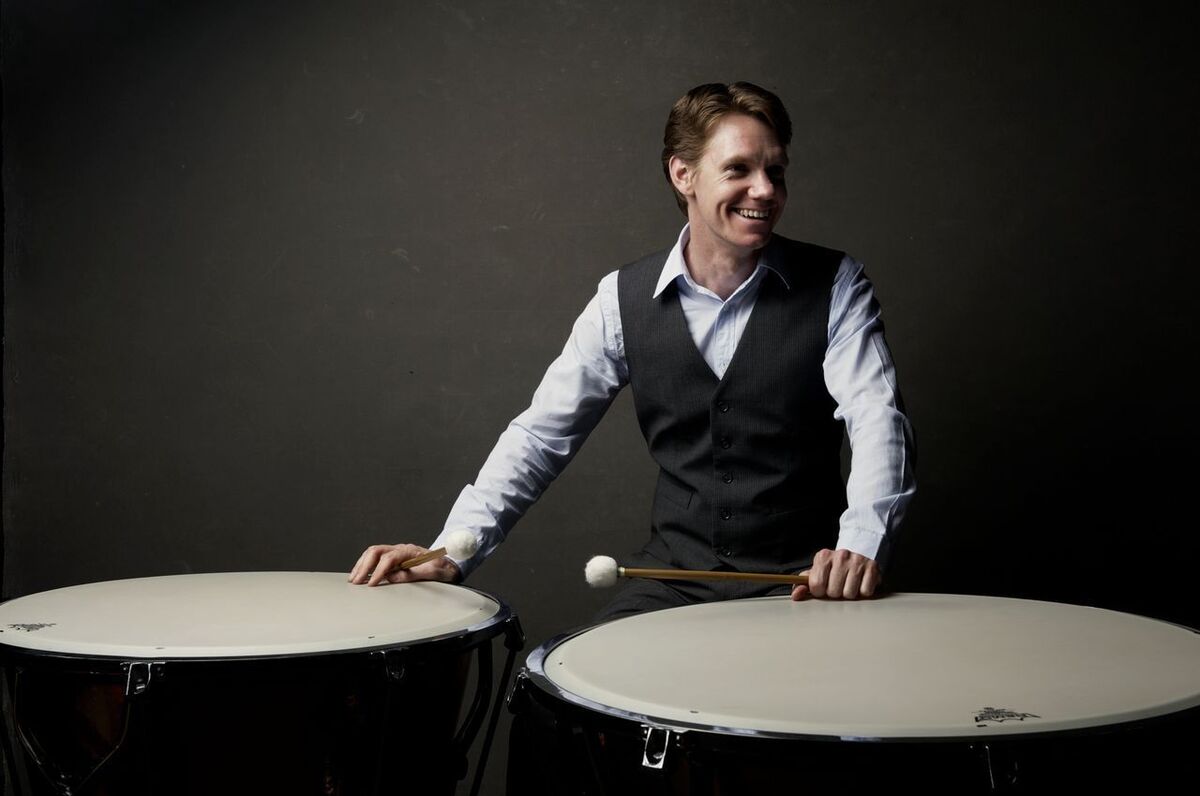 To audition for the BSO, percussionist Mike Tetreault was required to prepare musical excerpts from 50 pieces on nine different instruments, including timpani.

Earlier this year, classical percussionist Mike Tetreault walked onstage at Symphony Hall in Boston for the audition of a lifetime: The Boston Symphony Orchestra was looking for not just one but two new percussionists.

Tetreault spent almost a year preparing for the audition. At the time, Tetreault worked for several orchestras in Colorado, but this was different. This was the Boston Symphony Orchestra, one of the most coveted jobs in the classical music world.

And the BSO had been a force in Tetreault's consciousness since he was just a kid. "The BSO, along with the London Symphony Orchestra, played the soundtrack to my childhood," he says. "Growing up around the house, we always had Arthur Fiedler and the Boston Pops playing. The moment I knew I wanted to do music was listening to the soundtrack of Star Wars [played by the London Symphony Orchestra] for the first time. The beginning of my awareness of classical music was through Boston Symphony." Star Wars composer John Williams is a laureate conductor of the Boston Pops.

After growing up in Boston, Tetreault went off to study classical percussion at the Eastman School of Music in Rochester, N.Y., and at the Royal Academy of Music in London. And he made quite a career for himself. By last year, he was in his early 30s, living in Colorado and working as a professional musician. His income in 2011 was around $60,000; the year before, he made a little bit more. "I'm putting in a lot of hours, but I'm one of the fortunate ones," he says. "I get to do what I love for a living."

He and his wife were living in a one-bedroom apartment in Denver when one day, he got word: The Boston Symphony was hiring. And not just one percussionist but two. "As long as I've been in the classical music business, I can't remember one audition for two positions," he says. "This was lightning in a bottle. I would say at the moment there are somewhere between 200 and 300 people in the United States who are willing to put in the hours and sacrifice everything for the opportunity at least to land one of these positions."

Mike was one of those people. After all, the BSO is one of the best orchestras in the country, and the best funded. You can make six figures playing there. Benefits. Vacation. It would mean a real working life for Mike, doing what he loves, in the city he loves.

Tetreault says he spent almost a year preparing for the audition. This was his life during that period: After working a full day of patchwork gigs scattered across Colorado, he'd go to his practice space until about 1 a.m., then drive home and be asleep by 2 a.m. And then at 6 o'clock, he'd get up and start all over again.

He passed the first-round audition, which the orchestra asks applicants to send by video: 10 minutes of each musician playing excerpts from 14 different pieces. And because Tetreault is a percussionist, he knew his audition had to be flawless if he wanted to advance to the next round. Flawless on snare drum, flawless on cymbals, flawless on xylophone, flawless on triangle, flawless on tambourine and flawless on a Bach cello sonata — played on marimba. Only about 30 musicians advanced past that first round.

But once he nailed the video round, Tetreault says no amount of practice could have prepared him for what happened in his live audition, where the percussionists were asked to play about 50 excerpts on nine different instruments. It's a blind audition, so the players are hidden from the judges' sight by a screen. Mike sailed through his first three pieces. But then things changed.

"I felt as though everything was a step away from me," he says. "I didn't feel as though my reaction time, my instincts and my ability to execute things was really close to the surface. I got to the marimba to play [Akira Miyoshi's very technically challenging piece for marimba called] Torse III, and remember thinking to myself, 'I just don't feel good about this today, but I'd rather go for it and fall flat than try to be safe,' " he says. "So I went for it, and in the middle of going for it — which sometimes can happen on marimba; we're holding two sticks in each hand — one of the sticks got caught underneath the row of accidental keys. And I thought, 'Oh boy.' "

"I had mentally practiced something going wrong in that piece," he continues, "but what I hadn't prepared for was literally the stick getting stuck in the instrument. I had to pull it out."

Tetreault says he couldn't recover from the mistake: "In the process, that threw things off. I missed a few notes that made the rest of it come out uneven, and a little bit hurried, and sort of scattered. And so at that point, I thought, 'Ugh. This isn't how I drew up the plans.' "

Later that night, Mike got the call. "I believe I was out at dinner," he says, "and I saw the phone ring and I thought, 'There's no need to answer.' I knew my day was finished."

We first read about Mike Tetreault in a story by Jennie Dorris in the latest issue of Boston Magazine. That article has fueled a lot of discussion in the classical music world about the nature of professional auditions: whether the pressure is too high or the expectations too unrealistic. 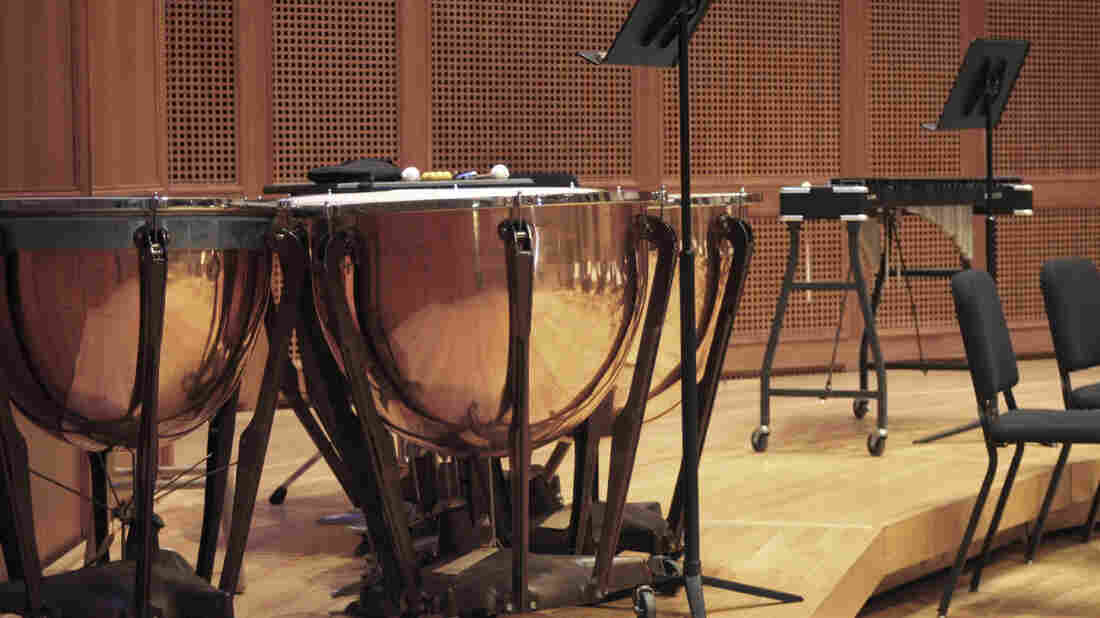 As for Tetreault: He's still living in Denver and is currently ramping up for another round of auditions early next year — but not with the Boston Symphony Orchestra.