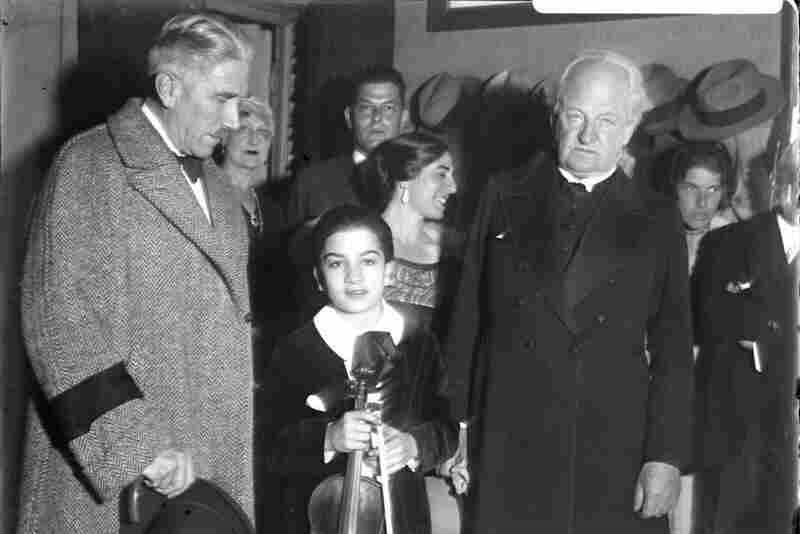 Ruggiero Ricci at age 11, playing at the Berlin Philharmonie in Germany. courtesy of the Deutsches Bundesarchiv hide caption 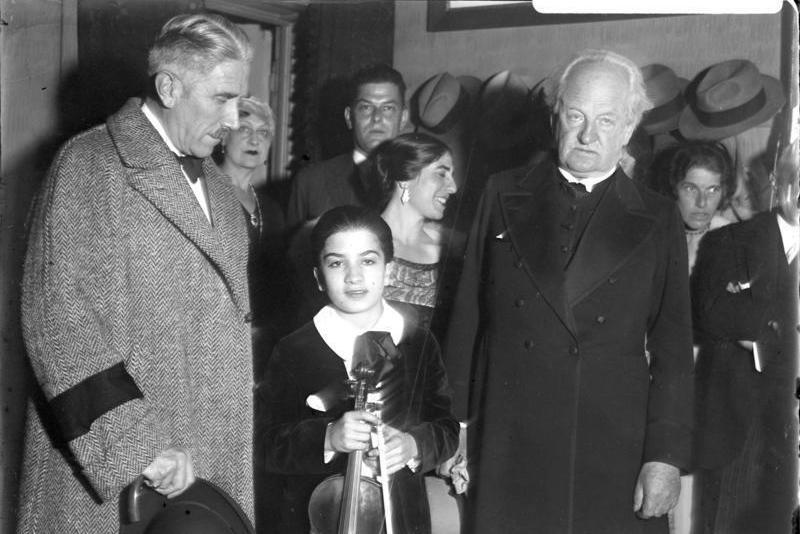 Ruggiero Ricci at age 11, playing at the Berlin Philharmonie in Germany.

courtesy of the Deutsches Bundesarchiv

Ruggiero Ricci, a former child prodigy turned one of the world's greatest violin virtuosos, died today at age 94. A report of the American violinist's death from heart failure came from Ariane Todes, editor of the London-based music magazine The Strad, who received an email this morning from Ricci's son Gian-Franco.

Born in California in 1918 to Italian immigrants, Ricci was in his youth at the center of an odd custody battle between his parents and his onetime guardian, Beth Lackey, who had taken Ruggiero and his younger brother Giorgio (who later became a noted cellist) on as her charges in 1925. Lackey was at the time the assistant to the Riccis' teacher, Louis Persinger, who had also taught Yehudi Menuhin. The two Riccis were eventually returned by court order to their parents in 1930.

At age 10, Ricci made his recital debut in San Francisco. As a marker of just how famous he once was in pop culture, he was named in a 1932 magazine article as one of "the world's most famous children" — alongside 7-year-old "Princess Lilybet, the daughter of the Duke and Duchess of York ... and in direct line of accession to the throne of England."

Ricci began touring the world as a teenager in 1932, and continued his international career until the outbreak of World War II. Curiously, it was the war — and his enlistment in the Army Air Force as "Entertainment Specialist Ricci" — that led to his specialization in the solo violin repertoire.

During the war, he often played and broadcasted alone, without the benefit of piano or orchestra accompaniment. By necessity, he turned his attention away from the standard concerto repertoire to solo violin works by Bach, Paganini, Kreisler, Wieniawski and Bartok, among other composers. And it was this spectacular music for solo violin — and particularly showstoppers by Paganini — for which Ricci became best known. In 1947, he became the first violinist ever to record all 24 of Paganini's fiendishly difficult Caprices.

In later life, Ricci was a celebrated violin pedagogue who taught at Indiana University, the Juilliard School, the University of Michigan, the North Carolina School of the Arts and the Mozarteum in Salzburg. He published two volumes on left-hand technique. His complete discography includes more than 500 recordings, and he gave the world premieres of several violin concertos, including those by Alberto Ginastera and Gottfried von Einem. He gave his final U.S. performance in 2003 at the Smithsonian Institution.

Ricci leaves behind his wife Julia and children Riana, Roger, Paola and Gian-Franco. 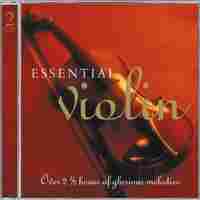 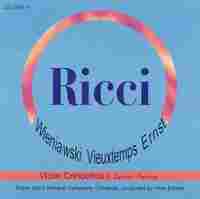 A scrap of film: a young Ricci playing Vieuxtemps in Hollywood, 1932. The same year, he played for Albert Einstein at the California Institute of Technology. 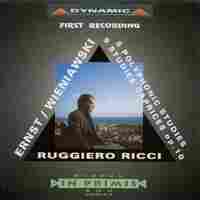 Ernst, "The Last Rose Of Summer"

A performance recorded live in South Korea in 1984. 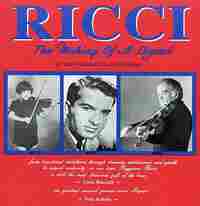 A 2007 Ricci interview with the website Violinist.com: "With the left hand, you're a surveyor — you're measuring from one point to the next. With the right hand, you're a tennis player."