Accessibility links
To The Opera House — And Beyond! : Deceptive Cadence There's music by Karlheinz Stockhausen and a few others, but why isn't science fiction a more popular point of departure for modern composers?

To The Opera House — And Beyond!

To The Opera House — And Beyond! 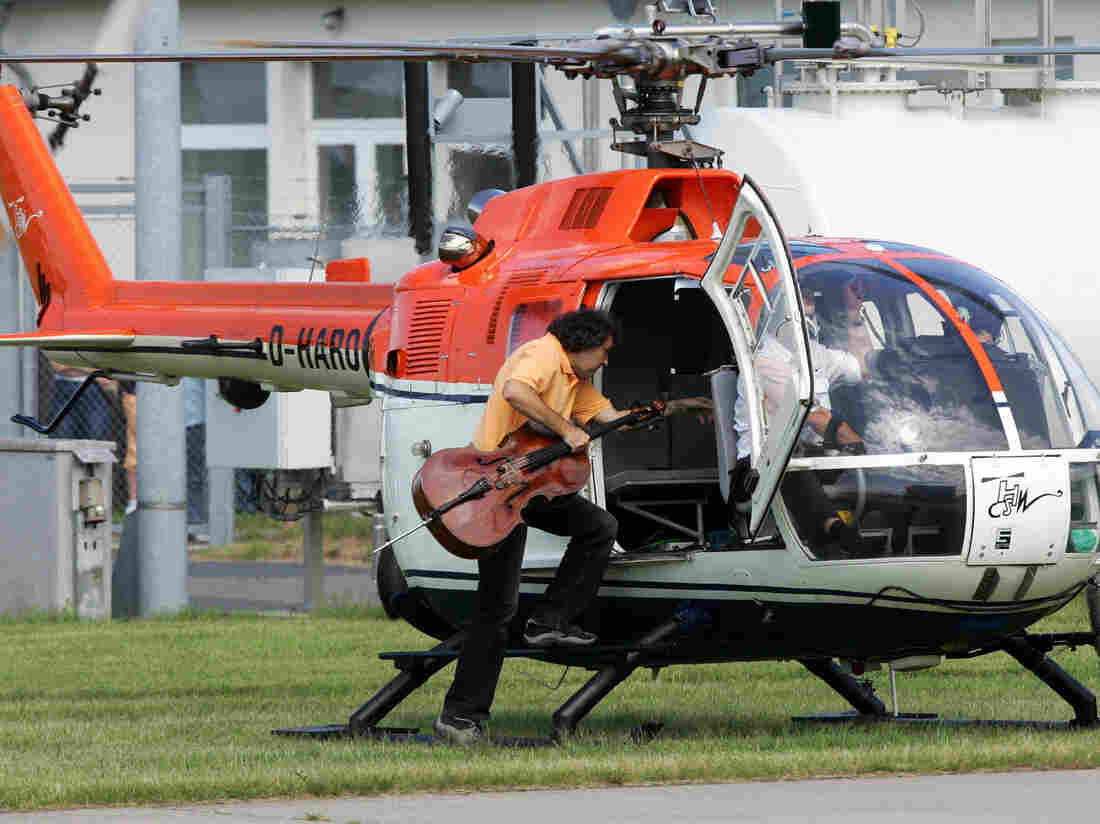 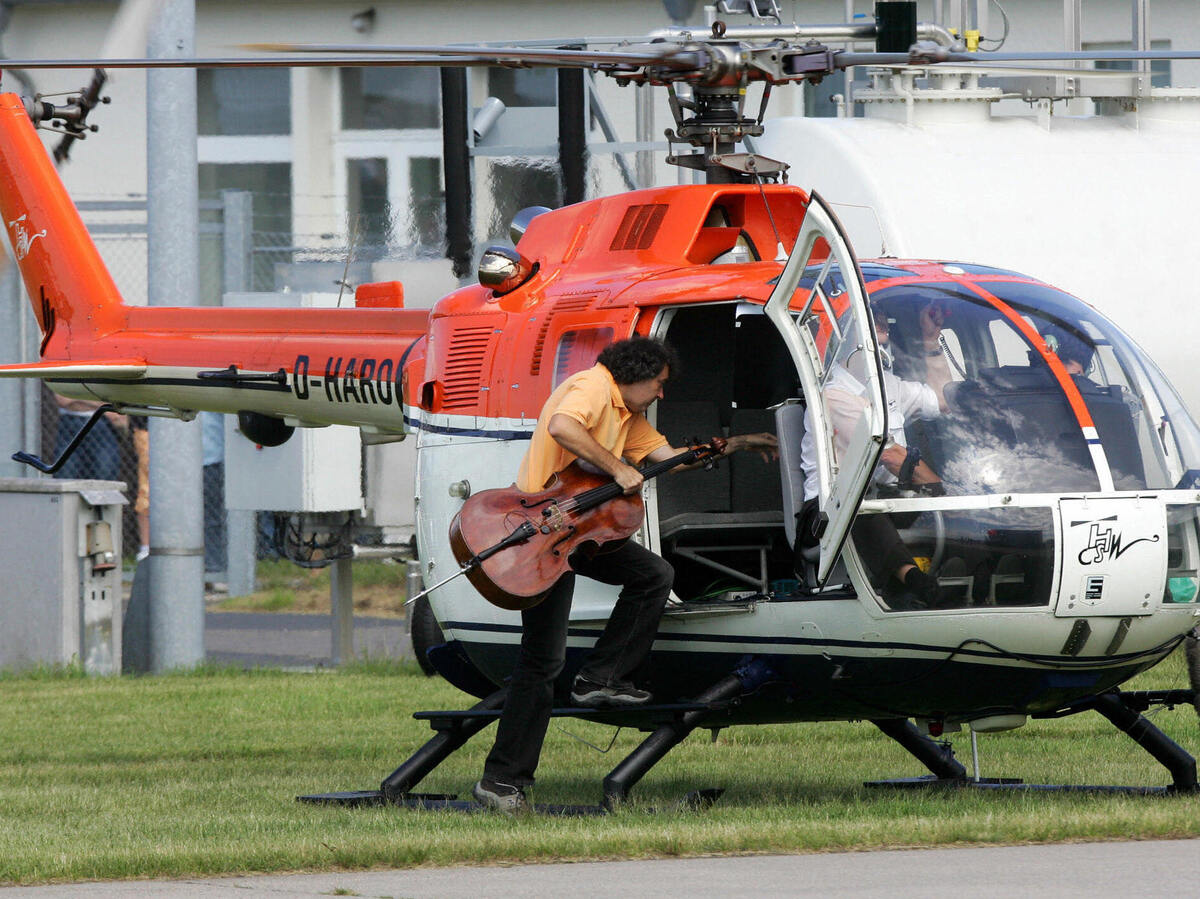 Cellist Karl Huros alights a helicopter for his 2007 performance in Stockhausen's Helicopter Quartet, taken from his opera cycle Light.

I don't typically expect to read stories about classical music on iO9, the Gawker-owned website dedicated to science and science fiction. After all, their tagline is WE COME FROM THE FUTURE. But I found an intriguing post by Joe Drew that posits the German-born 20th-century composer Karlheinz Stockhausen as the "one truly great composer" who managed to marry science fiction and classical music.

Stockhausen was one of the grandfathers of electronic music, and an artist who directly influenced everyone from The Beatles (his face is in the Sgt. Pepper's cover menagerie) to Frank Zappa to Kraftwerk. Stockhausen's interest in math and physics and works like his 1975 "science-fiction opera" Sirius are well known, as are the increasingly bizarre public statements he made prior to his death in 2007; these included a widely condemned description of the Sept. 11th attacks as "the greatest work of art that is possible in the whole cosmos."

But what Drew makes clear is Stockhausen's preoccupation with The Urantia Book, which was first published in 1955 and, as Drew writes, "reads as though someone with a mind like David Foster Wallace and a grasp of scientific knowledge that ended in the 1930's (when the book was supposedly communicated through mediums) came along and wrote a 2,000-page, sci-fi riff on the Bible."

As the story goes, a mysterious concertgoer sold The Urantia Book to the composer in New York in 1971. From that point, the tome became a major part of Stockhausen's personal cosmology. Many of the scenes and names in Stockhausen's seven-opera cycle Light refer explicitly to The Urantia Book. The opera Mittwoch aus Light (the "Wednesday" portion of Light, and long thought to be unperformable in its entirety) was fully staged for the first time just last week in Birmingham, England by the Birmingham Opera Company — including its infamous section for string quartet, four helicopters, four pilots, four sound engineers and a moderator.

As far as I'm aware, there haven't been all that many composers who have waxed scientific or have traveled to sci-fi utopias and dystopias for their plot lines. On the scientific side, there's John Adams' Doctor Atomic and Osvaldo Golijov's Sidereus, inspired by the work of Galileo Galilei (though the piece became embroiled in controversy over borrowed music). On the sci-fi side, there's a few more: Lorin Maazel's operatic take on 1984, Gavin Bryars' Doctor Ox's Experiment, Howard Shore's The Fly and Tod Machover's Valis and Death and the Powers, not to mention a handful of Philip Glass works like The Voyage, The Marriages Between Zones Three, Four and Five and The Making of the Representative for Planet 8.

I will confess: I'm not much of a sci-fi reader myself, so maybe there's a whole world of cross-fertilization I'm missing. But why don't science fiction, fantasy, futurism and science provide more points of departure for today's composers? After all, stories from classical mythology — whether Norse, German, Greek or Roman — have provided an incredibly wealthy treasure trove of material for composers, from the Baroque era until the present. So what gives?

What stories or authors deserve the operatic treatment? Let us know in the comments section.