Accessibility links
Violinist Hahn-Bin: A New Name — And A Very Old Sound : Deceptive Cadence Exploring the work of an artist who pushes all kinds of buttons except one: repertoire as modern as his makeup.

Violinist Hahn-Bin: A New Name, A Modern Look — And A Very Old Sound

Violinist Hahn-Bin: A New Name, A Modern Look — And A Very Old Sound 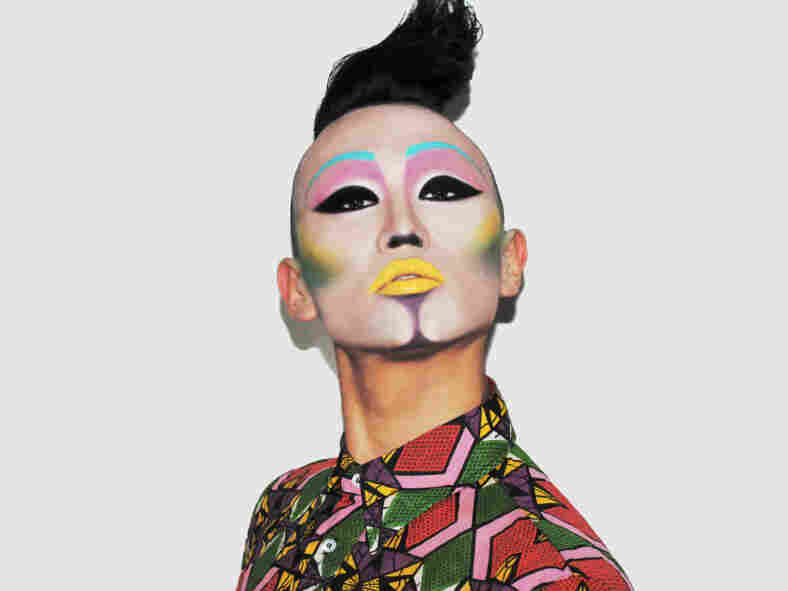 The violinist now known as "Amadeus Leopold." courtesy of the artist hide caption 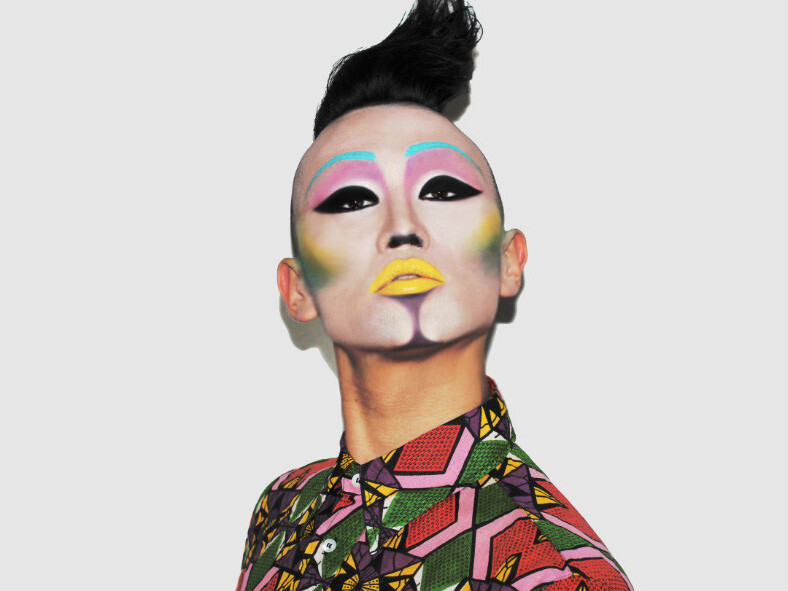 Recently, the audaciously dressed violinist Hanh-Bin — whose look crosses Lady Gaga with "Ziggy Stardust"-era Bowie — announced he was changing his name to Amadeus Leopold, in tribute to the Mozarts and a famed 19th-century master fiddler, Leopold Auer. Close your eyes, though, and Hanh-Bin could easily be a violinist from the 1930s, in both his very conservative repertoire and style.

What's particularly fascinating to me is not so much the violinist's change of name — though there's been plenty of hand-wringing over that already — or his even over-the-top self-descriptions (as "the most critically acclaimed classical artist of his generation") and pronouncements, like how his new moniker is an indication of what he terms his role in the world: "to embody the renaissance of classical music itself."

I'm more interested in how this newly minted modern Mozart's look is so different from his sound. A longtime student of Itzhak Perlman, the young violinist's projects are centered mainly on amber-trapped repertoire like Saint-Saens' "Danse Macabre," Sarasate's "Gypsy Airs" and Khachaturian's "Sabre Dance," with occasional dips into film scores like The Wizard of Oz. He plays with phrasing and style that would be at home in a fin-de-siecle Viennese salon. Aside from occasional outings into new music, such as his collaboration with composer Christopher Cerrone for the project "Still Life," his staple diet is 19th- and early 20th-century repertoire — but revisited through the prism of performance art. This spring, for example, he appeared as the soloist for the Tchaikovsky Violin Concerto with the Orchestra of St. Luke's in a staging — and there's no other word for it — that commented on both the current political debate over gay marriage in America and Tchaikovsky's homosexuality.

Born Yoo Hahnbin in Seoul in 1987, Hahn-Bin/Amadeus Leopold made his solo debut with the Seoul Philharmonic Orchestra at age 10. Two years later, he had moved to the States to study at Colburn School in Los Angeles before becoming a Perlman student and moving to Juilliard. It was just three years ago that he took first prize at the prestigious Young Concert Artists International Auditions, a program that has provided professional entree to generations of artists posed along more traditional career paths; former winners have included violinist Pinchas Zukerman, pianists Murray Perahia and Emanuel Ax and soprano Dawn Upshaw.

But as Leopold's career has developed, so has his personal and artistic identity evolved into a character who both onstage and off splices and dices assumptions about gender and identity. (In an engaging conversation with Interview, he says, "It's interesting how many people don't grasp the concept that fashion can be an internal experience.")

For the projects that seem most likely to attract the art, design and fashion crowd, though — the ones whose inspiration this violinist most visibly plugs into and whose language he channels onstage and off — he chooses music of most decidedly not now. For his "musical installation" at New York's Museum of Modern Art called "Soliloquy for Andy Warhol," he played the Allemande from Bach's Violin Partita No. 2 in D minor, music written near the beginning of the 18th century. (Would MoMA hang a painting by Delacroix?)

Would it be more fitting for Amadeus Leopold/Hahn-Bin to choose music that more closely aligns with his visuals? Or are his performances cousins of the deconstructed productions of standard operas that have become routine? But on the other hand, this 25-year-old has already had quite enough of other people's notions of whom he should be.

What do you think of his style? Let us know your thoughts in the comments.