Accessibility links
Trouble In The Twin Cities: Two Orchestras In Labor Disputes : Deceptive Cadence Both the Minnesota Orchestra and the St. Paul Chamber Orchestra may be headed for a strike. 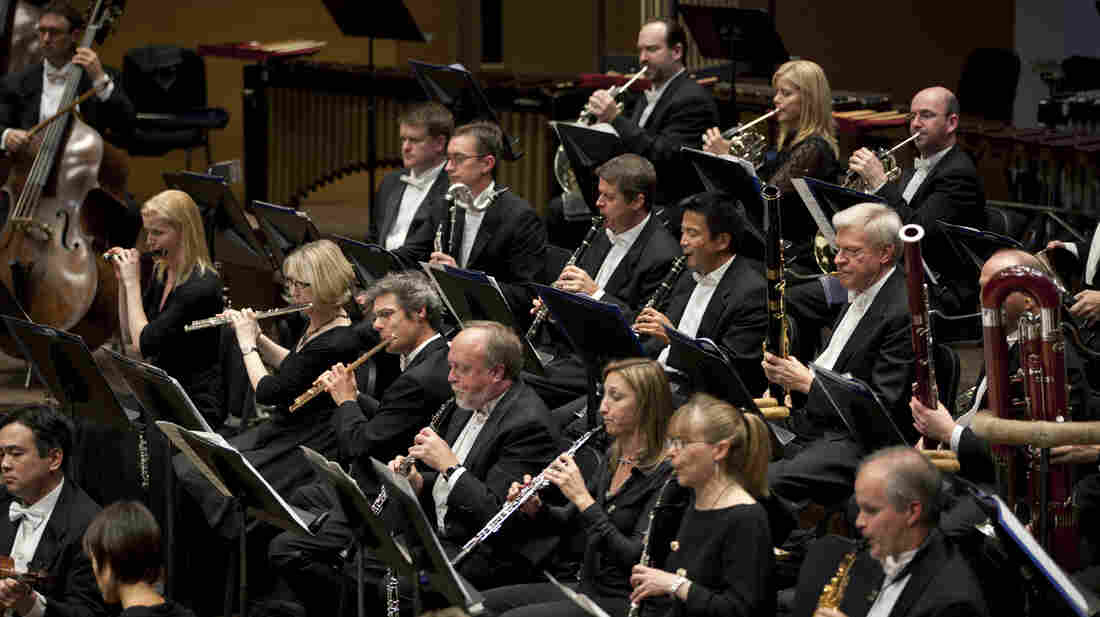 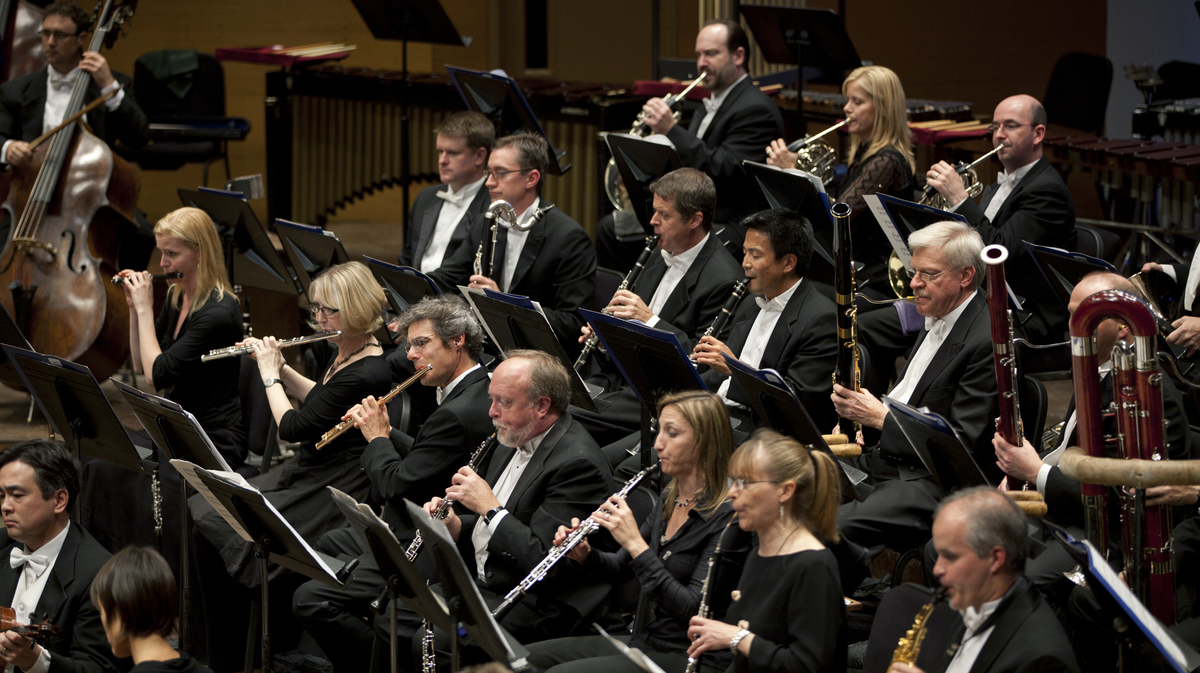 The Minnesota Orchestra may go on strike after management proposed to cut musicians' salaries by 28 percent.

Courtesy of the Minnesota Orchestra

For a metro area of only about 3.5 million people, the Twin Cities region is unusual in the way it supports not one, but two world-class orchestras. Now, with looming deficits on the horizon and musicians' contracts at both the Minnesota Orchestra and the Saint Paul Chamber Orchestra expiring Sept. 30, the Twin Cities may have two orchestras on strike.

Even in these days of famous violinists busking in subway stations, it was a little unusual to see musicians from the Saint Paul Chamber Orchestra playing at the AFL-CIO booth at the Minnesota State Fair recently.

As labor rallies go, it was quite sedate. Musicians' supporters handed out leaflets in lieu of delivering soapbox speeches. But spend a few moments with Carole Mason Smith, chairwoman of the SPCO musicians' negotiating committee, and her concern becomes clear.

"You cannot make changes which will destroy the product," Smith says.

Her orchestra's management is proposing to cut musicians' guaranteed pay by 15 percent and trim the only professional chamber orchestra in the U.S. by six players.

Across the river in Minneapolis, Minnesota Orchestra management is proposing to cut musicians' salaries by 28 percent. Principal trombone and musician negotiator Doug Wright echoes Smith's concerns about what will happen if the Twin Cities' orchestras pay markedly less than their competitors.

"Our biggest fear is that our top talent will leave this orchestra to go to the 15, 16 others that would be in front of us," Smith says.

'We Are Looking At A Reset'

Both organizations face big deficits this year: $1 million in St Paul, more than $3 million at the Minnesota Orchestra. Musicians' salaries are their biggest expense.

Stanford economist Robert J. Flanagan has become a kind of guru for orchestra managers. His book The Perils of Symphony Orchestras is based on studies of the finances of 63 ensembles over the years. He draws an analogy to industrial economics.

"The performing arts is an area where there are few opportunities for productivity gains," Flanagan says. "Most symphonies require the same number of people today that they required when they were composed."

In other words, it takes the same number of musicians to play Beethoven's Fifth as it did when it was written. That violates a cardinal rule of today's economics: efficiency. How can you get the same product out of fewer people?

The musicians say you can't compare what they do to manufacturing. They say management needs to find more creative ways of raising money.

But traditional ticket subscriptions are down across the country, and philanthropic and endowment support has been hit by the poor economy. Management in Atlanta locked out its musicians, while the Indianapolis Symphony canceled the first two weeks of its season.

Saint Paul Chamber Orchestra interim president Dobson West says that, like everyone else, he struggles to find a model to maintain artistic quality while remaining financially sustainable.

"If it were easy to find one, people would have found it before we did, so it's going to be difficult," West says.

Negotiating sessions for both the Saint Paul Chamber Orchestra and the Minnesota Orchestra are scheduled in the coming days. It's a quirk of fate that both organizations' contracts are up Sept. 30.