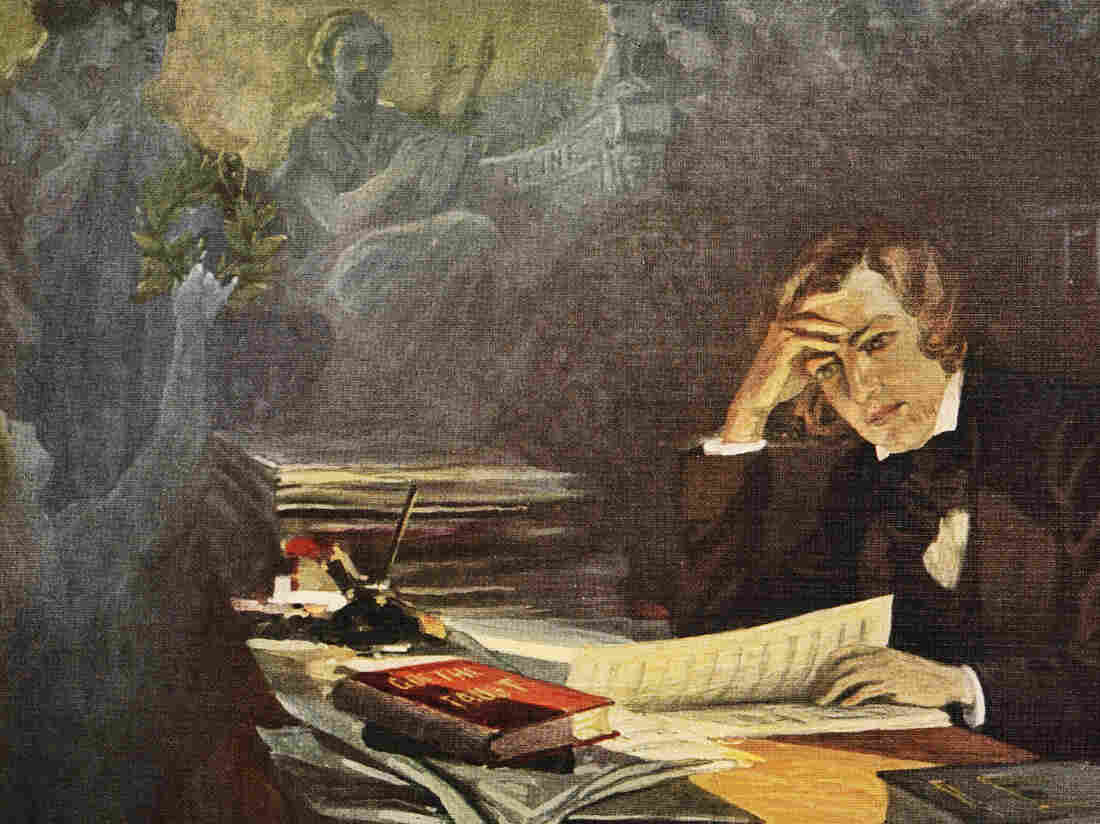 Composer Robert Schumann has his share of critics. Pianist Jonathan Biss is out to prove them wrong. Michael Nicholson/Corbis hide caption 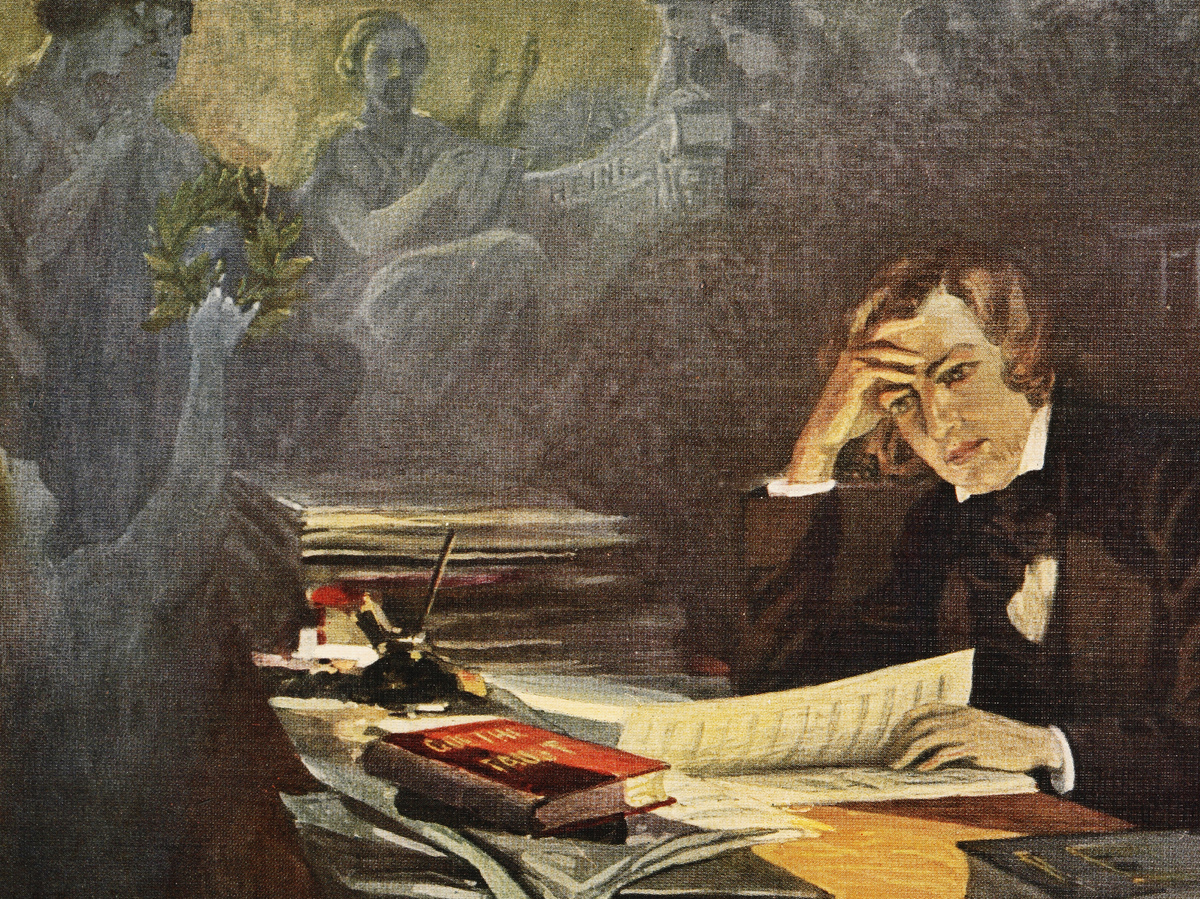 Composer Robert Schumann has his share of critics. Pianist Jonathan Biss is out to prove them wrong.

(For our week dedicated to Robert Schumann, pianist Jonathan Biss defends this misunderstood composer in the first of three essays. Click the audio link above to hear him play Schumann and discuss the composer with Performance Today host Fred Child.)

Robert Schumann's music has always been a huge part of my life; at the moment, it is at the center. Last week in San Francisco, I played the first concert of Schumann: Under the Influence, a project three years in the planning which will dominate my entire concert season. Each of the many programs the project encompasses will feature not only Schumann's music — solo works, chamber music, and lieder — but the music that shaped him, and the incredibly wide swath of music that owes a debt to him.

Given that the purpose of these concerts is to "place" Schumann — to flesh out listeners' understanding of his music and personality, and to view him as a critical rather than peripheral figure in musical history — it would be fair to call Under the Influence an advocacy project. And that, I've noticed, has caused a good deal of head-scratching among people I've discussed it with. Do I really mean Schumann? As in the beloved, canonical 19th-century composer? Or have I had a stroke?

I have not. But in trying to explain why I feel Schumann needs an advocate, I have surprised even myself: I feel protective of him. The feeling is there, unmistakably, but I recognize that it is bizarre. Schumann is, after all, one of history's best-represented composers, not an injured baby animal to be wrapped in a blanket.

Still, I have heard the slightly apologetic tone people sometimes adopt when saying they love Schumann. I have been told by more than one colleague that he is overrated. I have seen the eyes of one of my favorite contemporary composers roll when I told him how deeply I love Schumann's late songs. And perhaps worst of all, I have noticed that people blithely refer to many of his lesser-known pieces as "weak" without even bothering to listen to them first.

In short, there is more than a whiff of condescension in the public perception of Schumann. And because certain received wisdoms about him are so ingrained, they prevent people from investigating some of his richest, most affecting music. My intention is that this project will address — and hopefully redress — the many misconceptions that are perpetually, often mindlessly, ascribed to Schumann.

Misconception No. 1: Schumann was a poor orchestrator. This charge is leveled not only at Schumann's symphonic works, but at much of his chamber music — basically anything other than the music for solo piano and for voices, which generally escapes censure. But the truth is that Schumann knew exactly how to get the sounds he was looking for — they just tended not to be sounds that made the hit parade. This is, after all, a man who wrote a work for two pianos, two cellos and horn. Deep, mellow, and quirky clearly appealed to him more than bright and healthy.

His orchestral writing rarely uses the assembled forces to create a huge, thrilling sound. It is much more about the poignant, individualistic detail, as in the inspired duet between an oboe and a single cello in the Romanza of the Fourth Symphony. And his violin writing virtually never explores the upper reaches of the instrument. Instead, it mines more throaty and intense characteristics — far more Kathleen Ferrier than Kathleen Battle. Schumann's music has a sound world that is all his own, and should be cherished.

Misconception No. 2: Schumann could not handle large forms. It is undeniable that many of Schumann's most arresting creations are microcosms — the lieder and the cyclical works for solo piano prime among them. But to say so is misleading, for Schumann was the master of the large-scale work composed entirely of miniatures. While it is true that every individual song from Dichterliebe and every movement of the incomparable Davidsbündlertänze is a jewel, not one of them has the same effect in isolation. The succession of the movements is handled with enormous subtlety and confidence, and in both cases, when music from early in the cycle makes a second appearance near the conclusion, the intervening events have transformed the material from merely touching to absolutely heartbreaking.

In creating vast works that are essentially multiple moments of heightened intensity, Schumann prefigures the modernist movement — in literature as well as music. Schoenberg's Pierrot Lunaire, Woolf's Mrs. Dalloway, and Joyce's Ullysses each work their magic in a way I'd describe as Schumannesque. Each makes me dizzy in much the same way that Davidsbündlertänze does. It is not the conventional view of musical structure, but that does not mean that it lacks support beams.

Misconception No. 3: As Schumann's mental state deteriorated, his music became incoherent. This one really gets me riled up. It is true that there are healthier, safer roads to travel than the ones Schumann takes his listeners down. Vulnerability is among the most essential qualities in his music, and loneliness is often its subject. And this becomes increasingly true as he ages. But why do we listen to music, if not because it says the unsayable?

Schumann's early music — in the big piano pieces, the most famous of the songs — is so often a declaration of love, and it is undeniably moving for it. But the late music — the Gesänge der Frühe piano pieces are one astonishing example — which is withdrawn, resigned and far too inward for declarations, is something beyond moving. It is the sound we hear in our heads when our emotions render us silent. The mix of tenderness and sadness is almost more than one can bear. It is not supposed to be comfortable; it is music. Every human being knows what it means to feel alone, disoriented, even unmoored, but virtually none of us has the gift to express it in sound. That this gift should be derided rather than celebrated is utterly perplexing to me.

As far as I can tell, the principal cause for each of these misconceptions is our tendency to compare Schumann to other composers in ways that are both unfair and irrelevant. It is true that Schumann's music does not have the easy brilliance of Mendelssohn, the rigor of Beethoven, or the unimpeachable proportions of Brahms.

But why should it? To appreciate Schumann properly, rather than judge him for what he is not, one needs to place him at the center of his own musical universe, and love him for every glorious imperfection.

As I immerse myself in his music over the coming months, my greatest wish is that a few people's ears may be reopened to Schumann. In the process, they might not only rediscover his greatness, but come to see just how much poorer the entire history of music might look without him.