Accessibility links
The MacArthur 'Genius' Bow Maker Who Makes Violins Sing : Deceptive Cadence Over the past four decades, Benoit Rolland has made more than 1,400 bows for violins, violas and cellos. 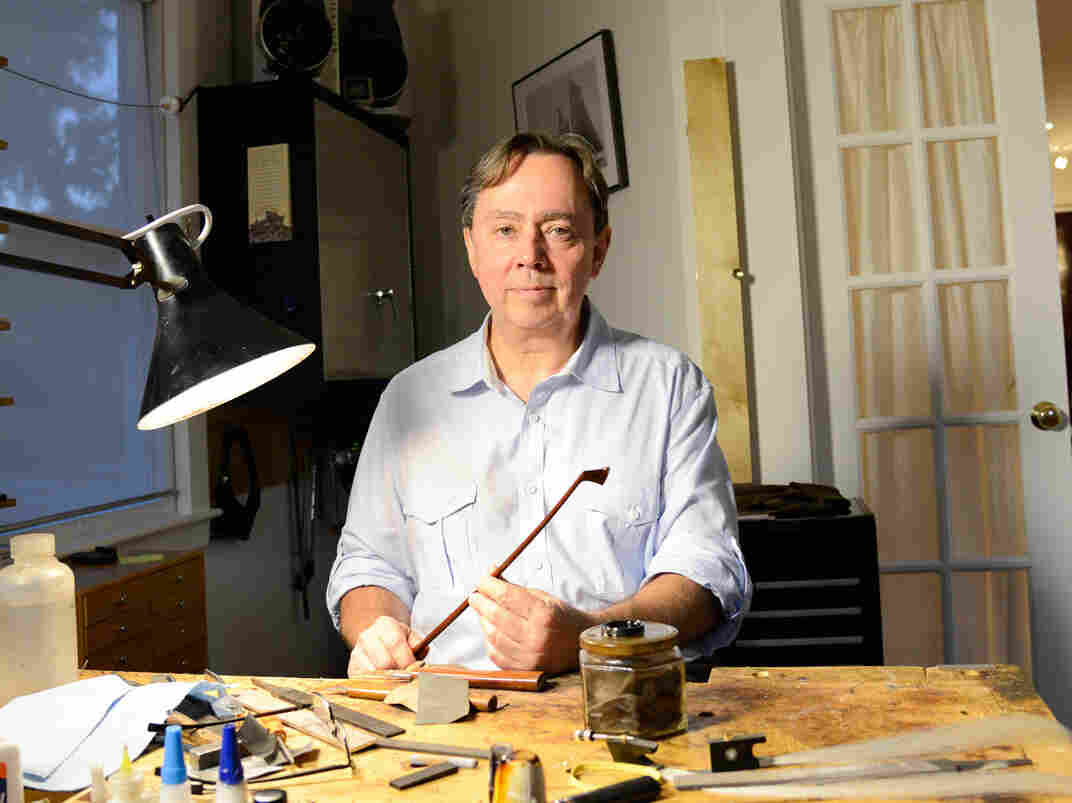 Over the past four decades, Benoit Rolland has made more than 1,400 bows for violins, violas and cellos. Courtesy of the John D. & Catherine T. MacArthur Foundation hide caption 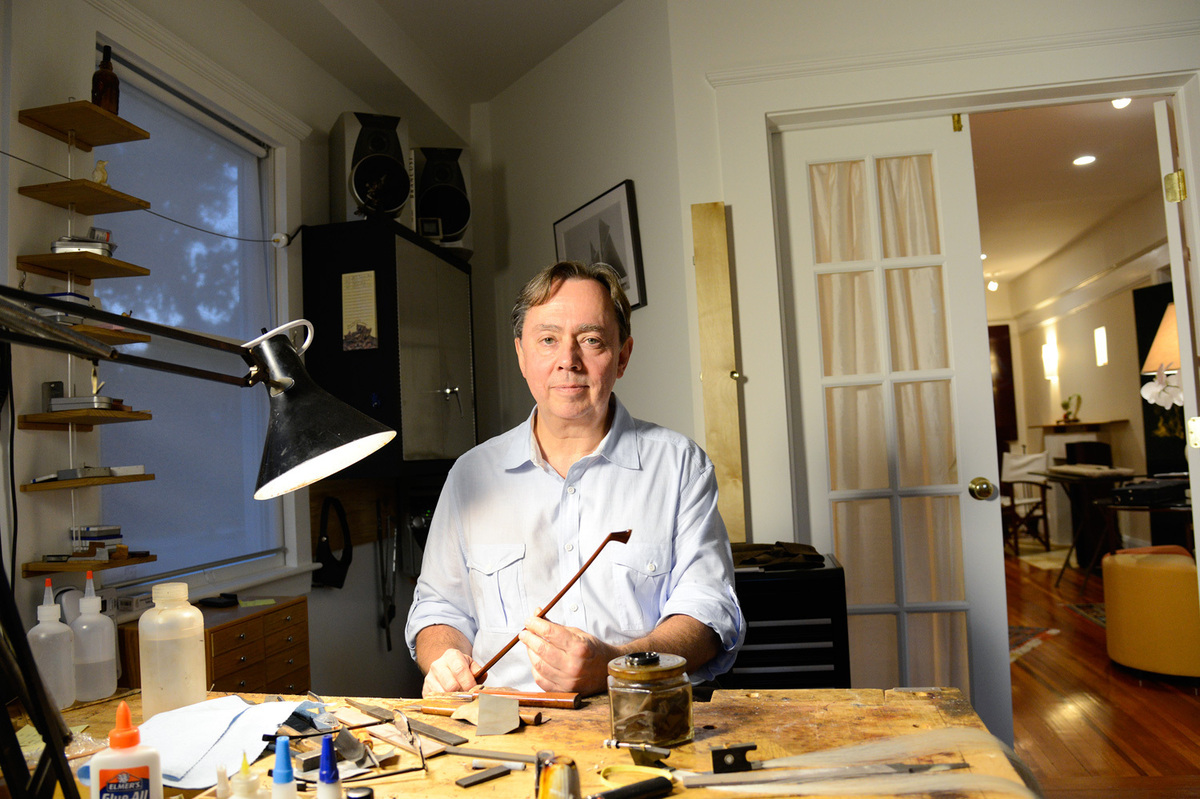 Over the past four decades, Benoit Rolland has made more than 1,400 bows for violins, violas and cellos.

Among the 23 recipients of the MacArthur "genius" grants this past week: an economist, a mathematician, a photographer, a neuroscientist, and a Boston-based stringed instrument bow maker.

Benoit Rolland acknowledges that the violin reigns supreme as the star of the strings, capable of fetching millions of dollars at auction. But what about the bow? "A violin with no bow is not a violin, that's clear," says Rolland.

"A lot of people, even some instrumentalists, in our younger years we believe that the violin is of paramount importance and the bow is just a tool," says Elita Kang, assistant concert master of the Boston Symphony Orchestra. "But the bow is just as important as the violin because that is our breath. That's how we draw the sound out of the instrument, so without a fine bow that's responsive and flexible and finely made, we can't express ourselves fully."

Kang says a significant number of BSO musicians use bows made by Rolland. So have some of the most famous string players of all time: Yehudi Menuhin, Stephane Grapelli, Mstislav Rostropovich. Over the past four decades, Rolland has made more than 1,400 bows for violins, violas and cellos.

"I could say the bow is extremely important for a musician because it has to convey the personality, the musicality, the feelings, the emotions of the musician through it, and it's something that has to behave like a muscle," says Rolland.

That understanding is only part of why Rolland won a MacArthur genius grant. He's revered for his knowledge of traditional bow-making skills but also for his innovations. He pioneered the first concert-grade graphite bow. And his most recent invention is an updated "frog" — the piece on the bow's end used to adjust tension.

"It's much more stable," Rolland says, "so it's easier to play, more responsive, the sound is fuller — most of the time, not all of the time. So it's an improvement I think is interesting. And this frog is adjustable on any existing stick."

Rolland's journey as a bow maker began in Paris, where his grandmother was a famous concert pianist. Rolland had perfect pitch, and when he was 9 he fell in love with the violin. He graduated from the conservatories of Paris and Versailles, and was on track to become a professional musician — but then he saw a spectacular bow.

"This bow was so beautiful, fitted with gold, 18 karats, and magnificent mother of pearl and magnificent wood. It was like a jewel," says Rolland. "So at this very moment, I understood this was what I want to do."

He went on to study the traditional French method of bow making and has been doing this ever since. Rolland says the most important variables are the musicians themselves. He interviews them, watches them perform and listens closely to their music.

Miriam Fried has three of his bows and is one of the many musicians who wrote letters to the MacArthur Foundation endorsing Rolland's nomination. She's a violinist and teacher at the New England Conservatory.

"What I'm really excited about is the fact that Benoît Rolland just was one of the recipients of the MacArthur grant, which I think is fabulous," says Fried.

His years of bow making have stiffened his fingers, so it's difficult for him to play nowadays. But Rolland says he still gets pleasure watching and listening to other musicians using his bows. "Because I see this person playing so intimate things — the music — with something I brought in his hands, so it's marvelous," says Rolland.

And he says the MacArthur stipend of $500,000 will enable him not only to improve his centuries-old art, but also to pursue even more innovations.

Note: NPR is among the organizations that the John D. and Catherine T. MacArthur Foundation supports.