Accessibility links
Philadelphia Orchestra Reboots With New Music Director : Deceptive Cadence The world-renowned orchestra is revitalized with the addition of 37-year-old music director Yannick Nézet-Séguin. He brings a youthful energy to the organization, which is just coming out of bankruptcy. 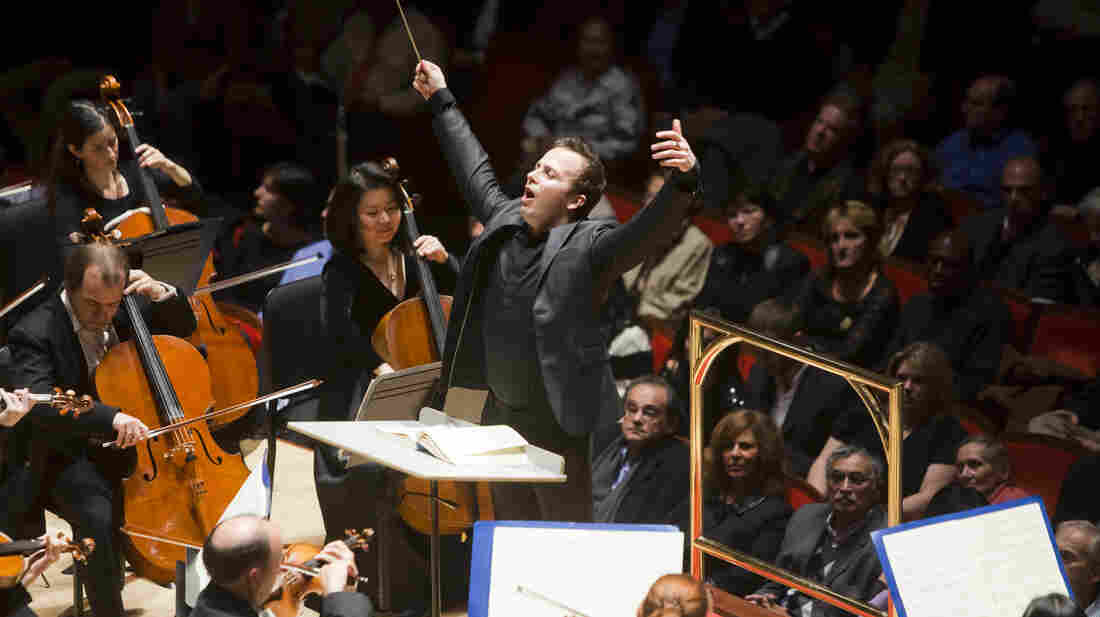 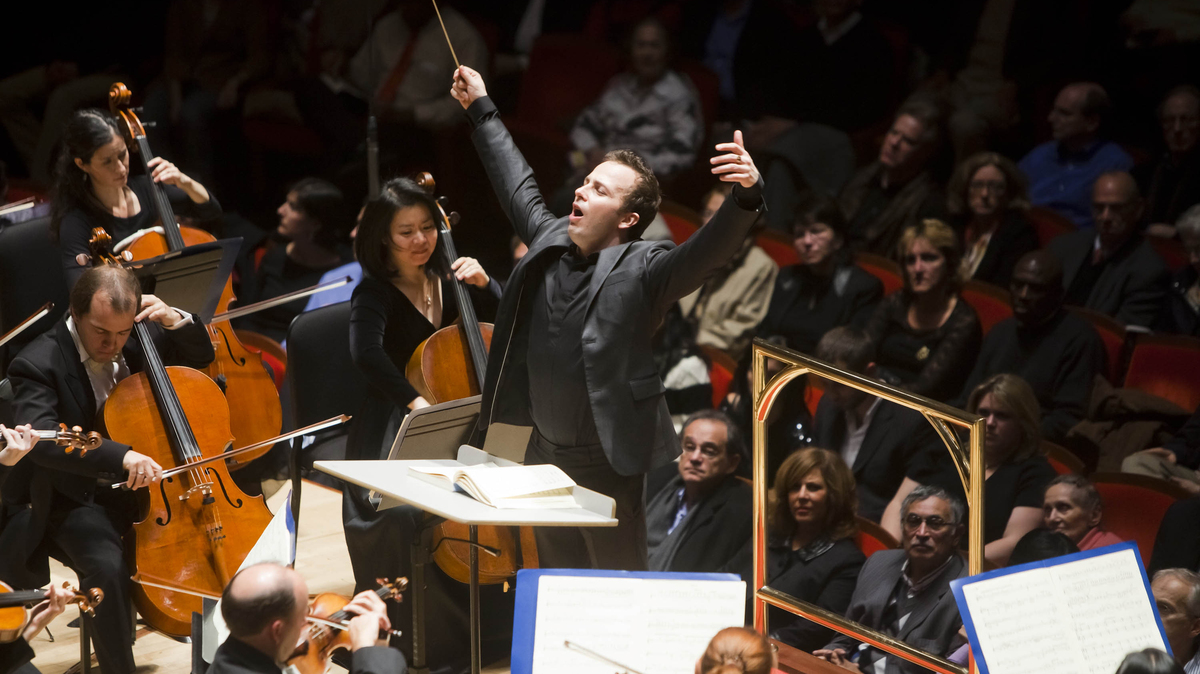 Everywhere you look right now, it seems like American symphony orchestras are fighting for their lives — strikes, lockouts, bankruptcy. Perhaps the biggest example is the world-renowned Philadelphia Orchestra, which is just coming out of its own bankruptcy. Tonight, its new 37-year-old music director takes the podium as the venerable orchestra begins a reboot.

The Philadelphia Orchestra has been one of the world's greatest orchestras since it was founded in 1900. Thanks in part to famed music directors like Eugene Ormandy and Leopold Stokowski, Philadelphia's historic recordings feature a rich, warm sound that remains the hallmark of the orchestra to this day.

In spite of its storied past, the orchestra fell on hard times. It had lost 40 percent of its audience, its endowment had dwindled and donations were down. Still, when the orchestra declared bankruptcy in 2011, the news was met with disbelief, says Peter Dobrin, music critic for The Philadelphia Inquirer.

"I don't think there's any question that what the Philadelphia Orchestra has gone through in the last couple of years has been shocking to the national orchestra community," Dobrin says. "I don't think that anybody ever thought a catastrophe of this sort could happen in Philadelphia."

Within the ranks of the orchestra, the bankruptcy created great unrest, says David Kim, who has been concertmaster since 1999.

"I can't lie and say that, 'Oh, yeah, everybody took it well,' because I don't care what you do in life, if you're asked to take a major pay cut and your pension is gutted, it's a very, very jarring thing," Kim says. "Especially if you come into an organization like the Philadelphia Orchestra or the New York Yankees or PriceWaterhouse and you think, 'All right, I've made it! I'm set now.' And suddenly the floor comes out from underneath you."

The president and CEO of the orchestra, Allison Vulgamore, came onboard in 2010, just before the bankruptcy, to help right the ship. But, as she quickly discovered, the situation was dire.

"We were going to run out of cash," Vulgamore says. "It came to the point of whether we fought for another day, with the world and our fiscal situation, so to speak, or we let that happen. And we were determined not to let the music stop."

The orchestra was in bankruptcy reorganization for 18 months. During that time, it restructured its debt. It renegotiated its rent deal with the Kimmel Center, where it performs; negotiated a new contract with the musicians, who took a pay cut of between 15 and 20 percent; and moved to a more affordable pension fund. All the while, it never stopped playing concerts, according to John Koen, acting assistant principal cello.

"Our work is in emotions, and we channel those emotions into our music," Koen says. "I think that was kind of what saved us — musicians, the orchestra — during the time that the organization was in bankruptcy, is that we were putting the vast majority of our emotional intensity, if you will, into our music-making."

At the same time that finances were in distress, the orchestra had a key artistic vacancy: It didn't have a full-time music director. But during the bankruptcy, a young French-Canadian conductor named Yannick Nezet-Seguin got the job. From the first time he picked up the baton to lead the orchestra as a guest conductor in 2008, he says, the players made him feel welcome.

"There seemed to be no limits at all in the music-making and the generosity of the involvement of the players, which I think is really the characteristic of this orchestra," Nezet-Seguin says. "So, yes, it was also a love fest on my side."

The conductor brings youthful energy and social media savvy to his new job — you can follow him on Facebook and Twitter. And he has really connected with audiences and with the orchestra, Koen says.

"Yannick is the right person at the right time, because he's great musically, which is of course the No. 1 priority, but he's also so good at all these other things," Koen says. "He's able to talk to different kinds of audiences, different kinds of people, and I think he's really been embraced by the city of Philadelphia."

Nezet-Seguin is also key to bringing audiences and donors back to the orchestra as it moves beyond bankruptcy, with a deficit of more than $14 million and the need to raise more money to strengthen the endowment.

Even at the orchestra's darkest moments, during the bankruptcy, audiences and donations picked up. Vulgamore says she sees this as evidence of the organization's ability to rebound.

"Many people thought what we have done has been impossible, or would be impossible," Vulgamore says. "We have now, ahead of us, truthfully, the very, very challenging, but the possible. That's a great new day for this orchestra."