Accessibility links
Beethoven's Famous 4 Notes: Truly Revolutionary Music : Deceptive Cadence Conductor John Eliot Gardiner and author Matthew Guerrieri explain the incredible resonances, past and present, behind one of the most famous phrases in music: the opening to Beethoven's Fifth Symphony. 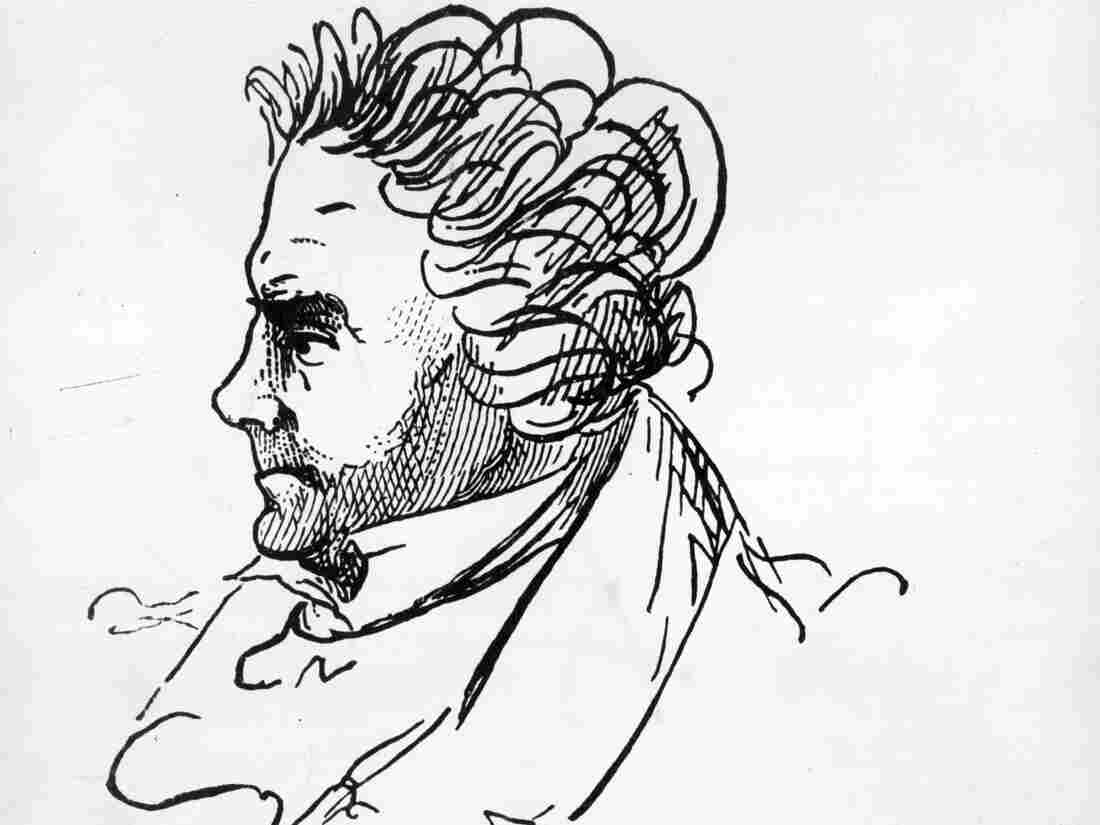 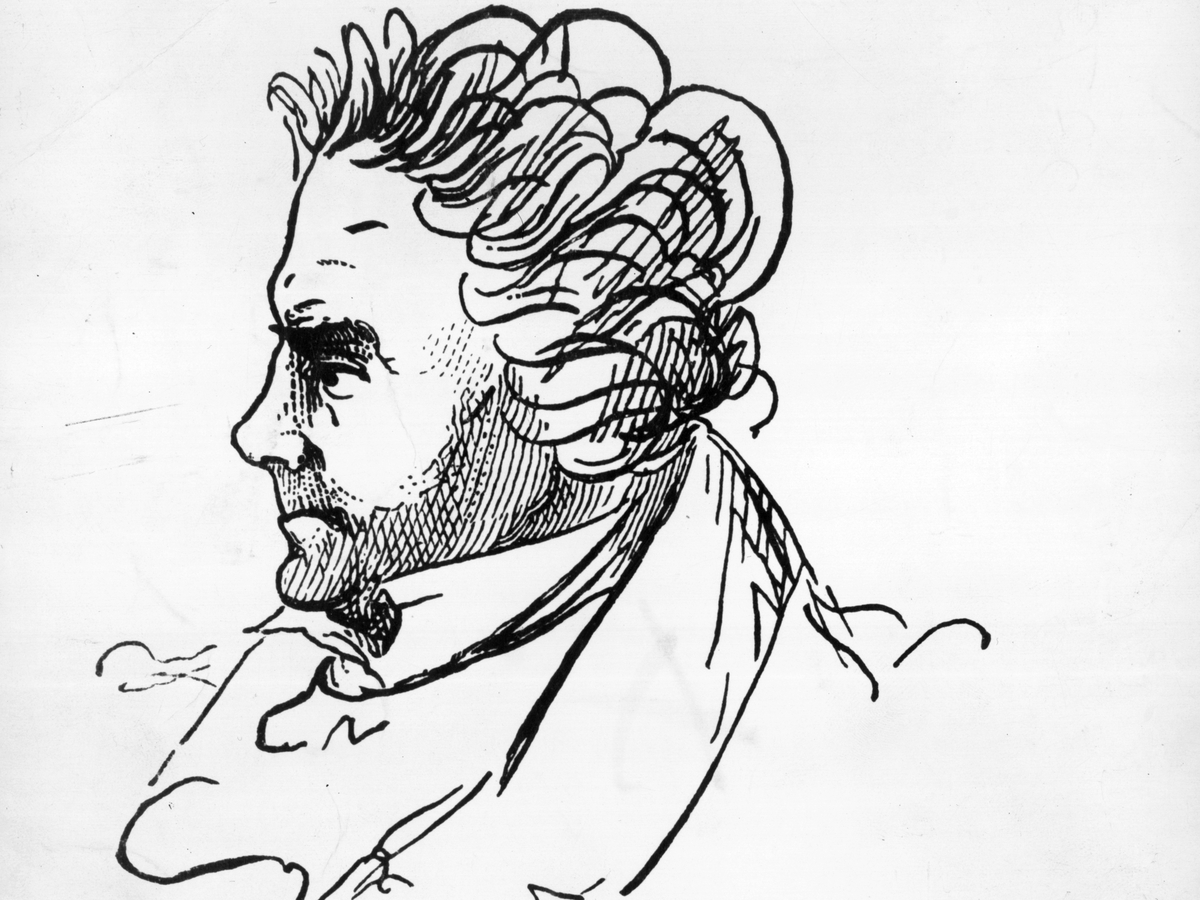 A new book, a new recording and some old instruments, all addressing the most memorable phrase in music: the opening of Beethoven's Fifth Symphony.

Matthew Guerrieri has written a book about this symphony, called The First Four Notes: Beethoven's Fifth and the Human Imagination. Guerrieri writes about how Beethoven's piece resonated with everyone from revolutionaries to Romantics, and German nationalists to anti-German resistance fighters.

So many people have found so much meaning in just those first four notes. But Guerrieri says that we really don't know all that much of what Beethoven meant by them.

"The most common story that is told is that Beethoven allegedly said that the opening of the symphony was supposedly symbolizing fate knocking at the door. And this is probably an invention of his biographer, although we can't really tell," Guerrieri tells NPR's Robert Siegel. "The other story going around at the time that Beethoven wrote it was that he had gotten the opening motif from the song of a bird. And that story just sort of fell away as the fate symbolism took over. But in Beethoven's time, and to Beethoven, that actually would have been a fairly noble way of getting a musical idea."

In his book, Guerrieri writes:

"The Romantic era [of the early 19th century] never really ended ... Every time a singer-songwriter is praised for projecting autobiographical authenticity, every time a movie star expresses the desire for a project that is 'more personal,' every time a flop is subsequently recategorized as a before-its-time masterpiece, all these are reverberations of the bombshell of Romanticism. And one of its pre-eminent delivery systems was Beethoven's Fifth." 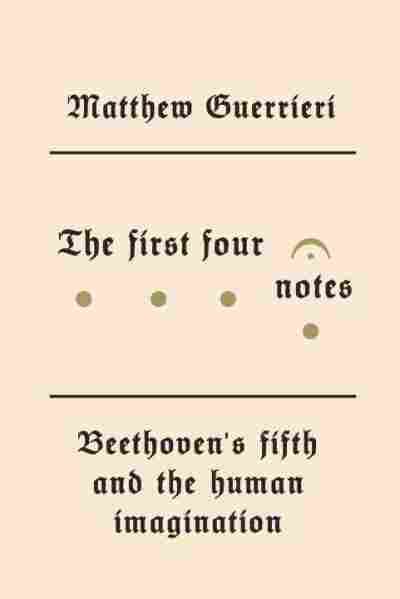 The author adds: "I think that the Romantic era is another thing that we just sort of take for granted, because they've kind of always been there for us. But it's amazing how many of these ideas were new around the time that Beethoven was writing music. The whole idea that music picks up where language leaves off — which is pretty much a cliche nowadays — that was a very specific Romantic idea, and it's one that lasted. Also, the idea that the artist is somehow more privileged in accessing these things beyond language, in accessing the sublime, in accessing glimpses of the divine, however you want to characterize it. A lot of the ideas we use to talk about music are these ideas."

And how to play those four notes? "The two things that have been argued about more than any other technical aspect of the opening are the tempo and the fermata that Beethoven stuck in the opening," says Guerrieri. "A fermata is an indefinite hold — the conductor can hold onto a note as long as he wants."

Holding On And Letting Fly: The Tempo

The question of tempo relates back to an interesting story Guerrieri tells in his book. The metronome was an invention of Beethoven's day; he didn't have access to it when he was writing his early symphonies. But later, he came into contact with it and loved the device. "He immediately buys one and sits down and starts going back over all his old scores and putting in metronome markings," Guerrieri says. "And he picked a tempo for the Fifth Symphony that even today sounds really, astonishingly fast."

The setting he chose was 108 beats per minute — so fast, so hard to play, Guerrieri says, that people have been theorizing for centuries about why Beethoven might have mismarked his own symphony. A broken metronome? Advancing deafness? Nobody knows.

Here's one other story Guerrieri writes about those first four notes: In World War II, the anti-German resistance in occupied Belgium needed a simple graffiti symbol. A Belgian came up with the letter "V." It stood equally for victoire — "victory" in French — and Vrijheid, or "freedom," in Flemish. "Once that 'V' idea got back to the BBC and they wanted to start using it in their overseas broadcasts," says Guerrieri, "it was at the BBC that they had the idea of combining it with the Morse code for 'V': three short and one long. Somebody at the BBC realized that matches Beethoven's Fifth. So they could start using that as a little tag to symbolize that [something] was going to be a pro-Ally, propaganda broadcast from the BBC."

There's a new recording available of Beethoven's Symphony No. 5 by John Eliot Gardiner's Orchestre Revolutionnaire et Romantique — the Revolutionary and Romantic Orchestra, or the ORR. They play what Gardiner calls "transitional" instruments: They're not baroque, but not modern. The strings are gut; the bows curve inward. "The primary expression comes from the bow — with the right hand, not with the left hand," the conductor explains. The horns are valveless: "It's got a much rawer and a much more mellow sound than the modern horn, I think," he adds. The woodwinds "have a specific timbre which distinguishes one instrument — a flute from a clarinet, and an oboe from a bassoon — more differentiated than you'll find in a modern symphony orchestra." The timpani are played with hard wooden sticks on calfskin heads, "so there's a much more percussive edge than the plump, plusher sounds of the symphony timpani."

The result is an orchestra that sounds less homogenized, with less of a velvet texture, than an orchestra of modern instruments. "I call it much more multistranded, multicolored," says Gardiner. "It's like looking at the weave of a carpet when you can see all the different strands, the different colors, woven one upon the other, rather than meshed and blurred."

All Things Considered's Robert Siegel says that he was particularly struck by Gardiner's new recording, since he has for many years associated original instruments with — "Vegetarianism?" Gardiner interjects playfully.

"Well, kind of a softer, not quite so robust sound," Siegel responds.

A Fifth With A More "Human" Sound

"That's a misunderstanding," Gardiner says, "not on your part, but on the way that so often these instruments are played in a bland, precious way. And it's the opposite. To me, they're much more visceral, much more emphatic, and kind of much more human, in a way, than the much more sophisticated mechanisms of modern orchestras."

Gardiner says emphatically that using period instruments isn't the goal in itself. "I've never treated these instruments as though it's a kind of antiquarian stunt," he says. "To me, they're a point of entry into a different sound world from the one that we hear all the time."

Can an orchestra actually play the opening movement at Beethoven's marked tempo of 108 beats per minute? "With difficulty," Gardiner laughs. "It will tend to come through as a mishmash. But it suggests urgency, doesn't it?"

"The way I approach the Fifth Symphony's opening movement," Gardiner says, "is via the French Revolution, which Beethoven was very caught up in at the time, and the music associated with the French Revolution, and that particular hymn [of Claude Joseph] Rouget de Lisle," who wrote La Marseillaise: "I will die, sword in hand, for the rights of man and for the glory of the revolution and the Republic.

"If it is in some sense a coded message of music without words," Gardiner says, "then you've got an entry point to the Fifth Symphony. It doesn't have to be fate knocking at the door. It gives a rhetoric and excitement which I'm sure is implicit in Beethoven's notation."

Read an excerpt of The First Four Notes