Accessibility links
Do Orchestras Really Need Conductors? : Deceptive Cadence A computer science study shows that when an orchestra's musicians closely follow the lead of the conductor, rather than one another, they produce better music. 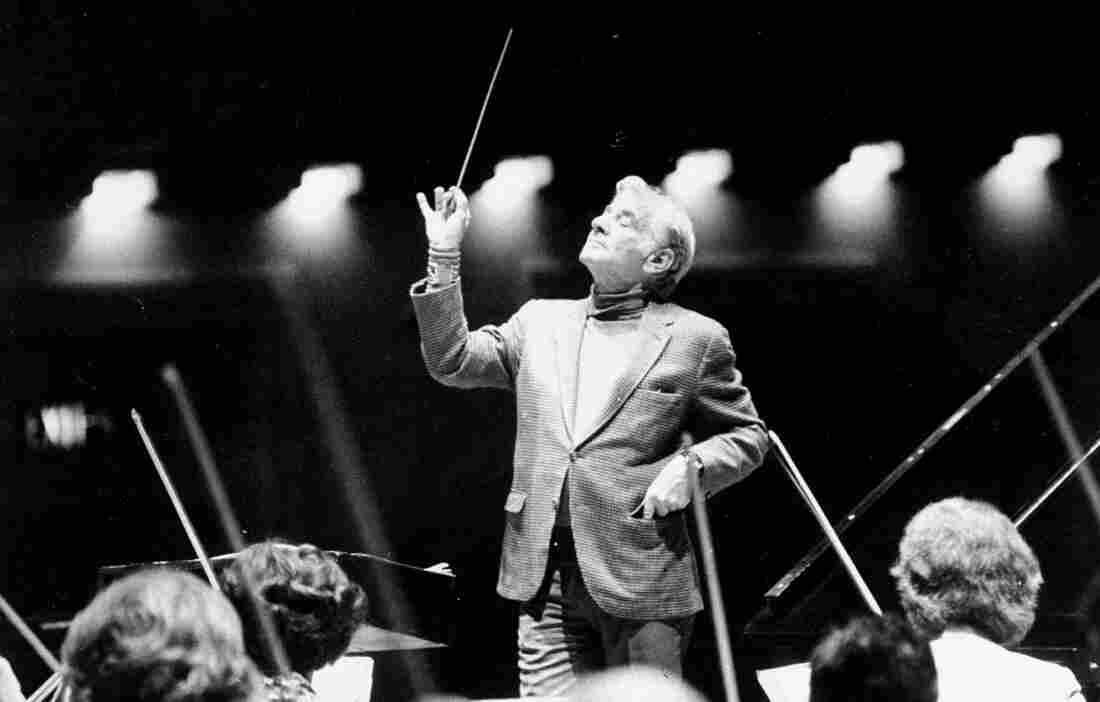 Have you ever wondered whether music conductors actually influence their orchestras?

They seem important. After all, they're standing in the middle of the stage and waving their hands. But the musicians all have scores before them that tell them what to play. If you took the conductor away, could the orchestra manage on its own?

A new study aims to answer this question. Yiannis Aloimonos, of the University of Maryland, and several colleagues recruited the help of orchestral players from Ferrara, Italy.

They installed a tiny infrared light at the tip of an (unnamed) conductor's baton. They also placed similar lights on the bows of the violinists in the orchestra. The scientists then surrounded the orchestra with infrared cameras.

When the conductor waved the baton, and the violinists moved their bows, the moving lights created patterns in space, which the cameras captured. Computers analyzed the infrared patterns as signals: Using mathematical techniques originally designed by Nobel Prize-winning economist Clive Granger, Aloimonos and his colleagues analyzed whether the movements of the conductor were linked to those of the violinists.

"You have a signal that is originating from the conductor, because he is moving his hands and his body," Aloimonos explained. "And then the players, they perceive that signal, and they create another signal by moving the bows of the violin appropriately. So you have some sort of sensorimotor conversation."

(The research study is part of a larger project where Aloimonos is trying to figure out if human movements share something in common with human language; he suspects both are not only governed by a grammar, but that both may be based on similar processes in the brain.)

But the study found more: The scientists had two conductors lead the same orchestra. One was a veteran who exercised an iron grip over the violinists. The other was an amateur.

"What we found is the more the influence of the conductor to the players, the more aesthetic — aesthetically pleasing the music was overall," Aloimonos said.

Music experts who listened to the performance of the orchestra under the control of the two conductors found the version produced by the authoritarian conductor superior. Remember, these experts didn't know which version was being led by the veteran conductor and which by the amateur. All they heard was the music.