Accessibility links
Symphonic Resolutions: What's On Your Classical Music Wish List? : Deceptive Cadence What can composers, performers and audiences do to help the music they love thrive? Join a discussion — with prominent musicians like Pulitzer Prize-winning composers Kevin Puts and Jennifer Higdon and conductor Marin Alsop — to help find solutions to classical music's many persistent problems. 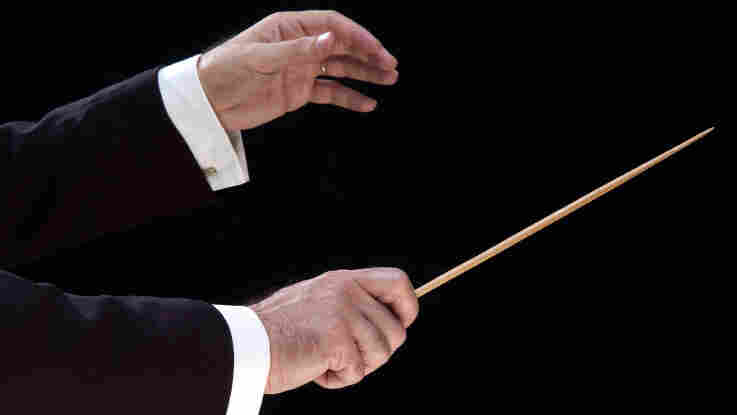 Tell us your hopes for classical music in 2013. Lalito/iStockphoto.com hide caption 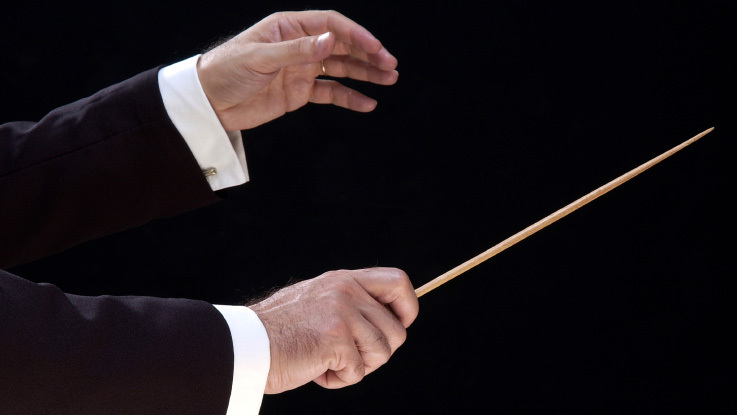 Tell us your hopes for classical music in 2013.

Are you the type to make New Year's resolutions? They're easy to make, but tough to keep — at least when it comes to your own. So how about brainstorming a few resolutions that are a little less personal?

We want you to tell us what changes you'd like to see and hear in classical music. What should orchestras, composers, critics, performers, fans, managers and media outlets do? Although there were positive stories and plenty of terrific music making last year, 2012 wasn't easy. It seems like every month we learned of a fresh labor dispute involving orchestras in places like Atlanta, Indianapolis, San Diego, Chicago and the Twin Cities. Some of these disputes are still dragging on.

There certainly isn't a single cure for what ails classical music. You can tell by the variety in the wish lists below. We asked several prominent musicians for ideas, and collected a few of our own.

Got any bright ideas for classical music? Tell us all about them in the comments section.

1) For more gifted soloists to take the initiative and personally commission new works. Let's grow the repertoire and make history at the same time.

2) For orchestras to do more original and inventive programming.

3) For orchestras to find a way to record, even if it's via live performances.

4) For all types of ensembles to discover the truth that newer music brings in younger audiences and creates an exciting event.

Jennifer Higdon is a Pulitzer Prize-winning composer. Her opera Cold Mountain will premiere in 2015.

I love the orchestra, for its ravishing sound, for the great emotional breadth its sonic variety offers the composer. I see it as one of humanity's great inventions, and it saddens me to hear of its continuing struggle to maintain an audience in this millennium. My hope is that orchestras and their administrators will continue to search for meaningful ways to connect with the audience of today while simultaneously respecting and rewarding the exceedingly rare talents of its musicians. This is a great challenge, but one which must be met.

Kevin Puts is the 2012 Pulitzer Prize-winning composer of the opera Silent Night. His next opera, based on the The Manchurian Candidate, is slated to premiere in the 2014-2015 season.

1) I want mainstream classical music institutions — orchestras, opera companies, the Kennedy Center — to make finding a new audience their highest priority. They all know the old audience is fading away. So they need to find a new one — right now. Why don't they do it? Because they're in denial. Because they're paralyzed. And above all because they're afraid of major change. The new audience, as they well know, won't be anything like the old one. So to find it, classical music institutions will have to join our current culture, lose their focus on the past, and become smarter, more challenging, and far more contemporary.

2) Music students typically play recitals for a small audience of family, teachers, and friends. And they do outreach concerts in public schools and retirement homes. But I want them to break out of those bubbles, and find their own fans, people their own age, who'll eagerly come to hear them play. At Juilliard, where I teach, I want at least a few students to have hundreds of people their own age at their concerts, coming from schools all over New York. And I want Juilliard — along with all other music schools — to help and encourage students to move in this direction.

3) I want classical composers to find their own audience. Right now, they'll sometimes have music played for the mainstream classical audience, which doesn't much care. Or else they'll be played on specialized new music concerts, for a small audience too many of whom are either composers or musicians themselves. Enough of that! If new classical music has any meaning in our world, then it has to have people who like it. And composers — both for the good of the art form, and for their own survival — ought to be finding those people. They should build their own audience, the way bands do, an audience uniquely theirs.

Greg Sandow, a member of Juilliard's Graduate Studies Faculty, writes, teaches and blogs about the future of classical music. He's also writing a book on the subject.

1) For all of us in classical music to stop being afraid of having fun ... and showing it!

2) Learn an instrument! It keeps you young, alive, vibrant and lots of other good things!

3) If you don't have the time or money to learn an instrument — sing! Making music together is one of the greatest joys in life and everyone can sing.

1) For people to give concert tickets and music lessons as gifts.

2) For music critics to stop writing in the first person (except in very rare instances) and start telling readers how a piece or performance sounds and why they should care.

3) For orchestral labor negotiations to look less like Congress and more like the workings of non-profit organizations dedicated entirely to the public good.

4) For the Orff family to forbid the use of "O Fortuna" in all commercials and trailers for the period of no less than one year.

Mark Mobley is an editor for NPR.org, a writer, arts consultant and performer.

1) For musicians and other music lovers to continue their good work of "tikkun olam" (to borrow a Jewish phrase), of repairing the world. El Sistema and its many offshoots around the world, the Landfill Harmonic, the Kimbanguist Symphony Orchestra and so many other groups large and small ... these ensembles and organizations offer such incredible inspiration.

2) For classical musicians, critics, presenters and fellow music lovers to understand that in 2013 they really, truly do have to share with others why they care so much about this art form. Classical music's allure is not necessarily self-evident to anyone else, including to other hyper-informed, hyper-literate, hyper-engaged music lovers. Just making and sharing great music is not enough.

3) For a mainstream audience to engage with classical music, and particularly classical music of our era, with as much passion and frequency as they do with new books and films.

4) For conductors to be an actual presence and voice in the cities where they earn music director salaries and prestige.

1) More people should simply get up off the couch, out from behind their computers, disconnect from their smartphones and go out to enjoy a live classical concert.

2) Symphony management and players should find out how the financially successful orchestras are making a go of it to learn how it can be done.

3) For New Amsterdam Records (damaged by Hurricane Sandy) to regain its footing and continue to make exciting recordings.

4) For orchestras to program creatively, like what we've seen at the Spring For Music Festival.