Accessibility links
Who Needs Drugs When You've Got Music? : Deceptive Cadence We all know about the power of music — the songs that make you happy or trigger a poignant memory. But once in a while music can be even more intoxicating, as in a stunning performance that will be broadcast live to movie theaters worldwide this Saturday. 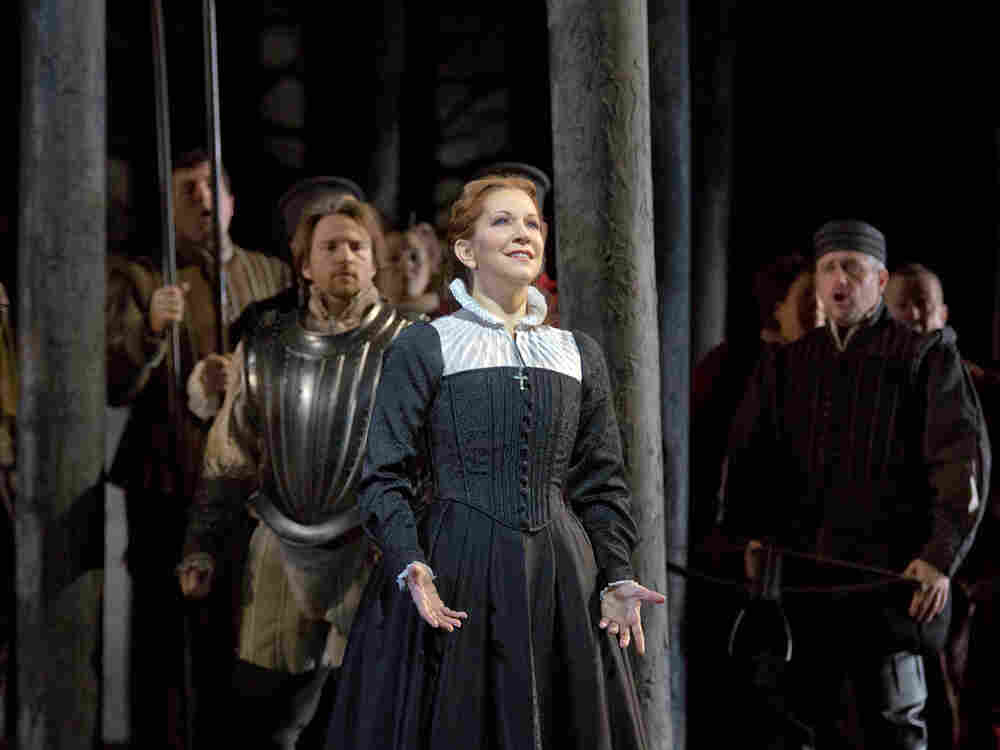 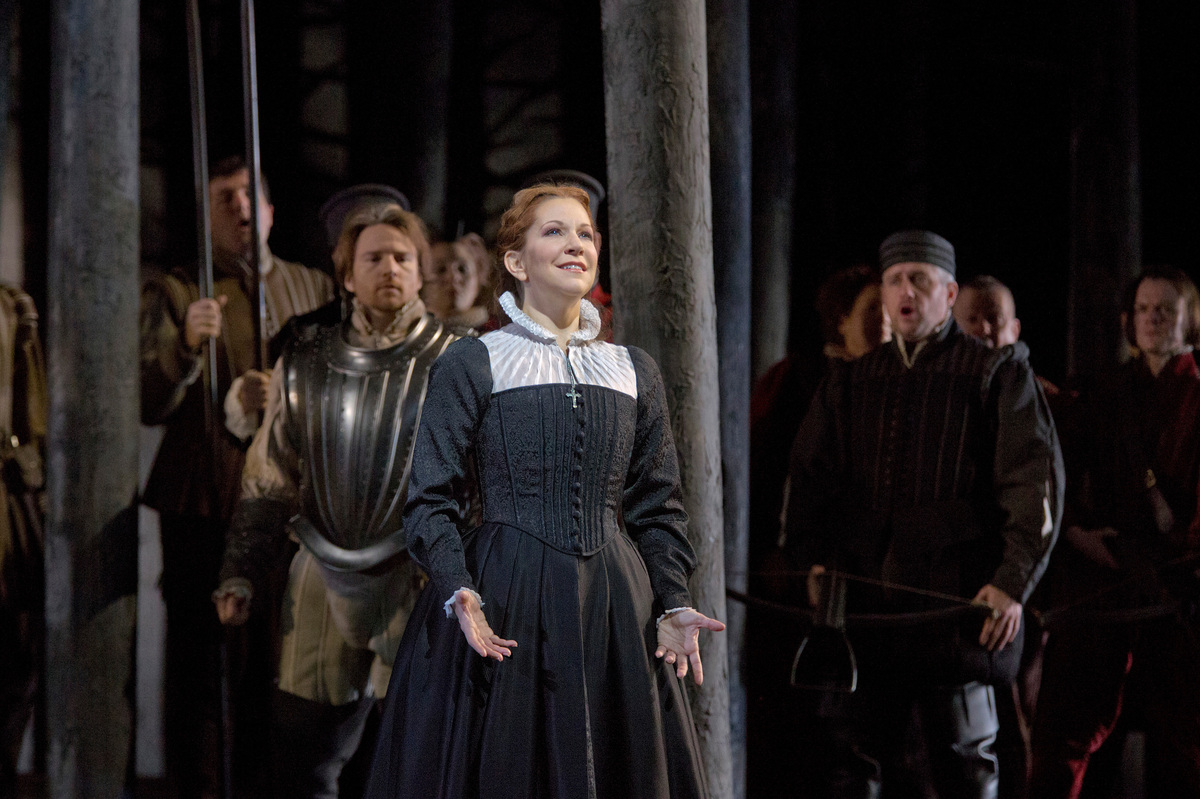 Mezzo-soprano Joyce DiDonato's performance at the Metropolitan Opera created a euphoric experience for at least one listener.

It happened again last Saturday. And boy, when it hit me it felt great — though it left me a little shaken.

Comfortably ensconced in row Q at the Metropolitan Opera in New York, I was enjoying a production of Donizetti's quasi-historical Maria Stuarda, loosely based on the rivalry between Queen Elizabeth and Mary, Queen of Scots. (This critically acclaimed production will be beamed live to movie theaters this Saturday.)

Far into Act 1, Mary finally appears, taking a break from her imprisonment to catch a breath of fresh air in the forest. And that's when I experienced one of those overpowering musical moments you never forget. Mary was played by the American mezzo-soprano Joyce DiDonato, a favorite singer of mine. I knew she would be good, but I wasn't prepared for what happened to me as she sang her aria.

DiDonato's voice — so luminous, so expressive, so technically assured — entered my ears as if it were some kind of drug. I was immediately in tears — not tears of sadness but of awestruck euphoria. And then, as she pared her voice down to a tiny, shining thread, all the loud New York coughers suddenly ceased their hacking. That pure, hushed tone was all you could hear as DiDonato held nearly 4000 people in the palm of her hand. You could feel it. And you could feel that she knew it, too. And that triggered for me another wave of ecstasy. That's when I began to tremble — thrilled for DiDonato and thrilled for everyone around me sharing such a blissful moment.

You might be thinking, "Silly boy, get over it." But I don't imagine I'm alone in encountering these euphoric musical moments. I've had a few before (like the time I nearly broke down at a Kronos Quartet concert in El Paso), I hope to have them again, and I don't doubt that perhaps you've experienced something similar.

So what's going on in our heads when this happens? Could it be something like the tradition in African-American gospel music where congregants "get happy" as the spirit descends on them? Could it be at all like popping ecstasy at a dance club?

Time to call Daniel Levitin for some answers. He's the guy who wrote a fascinating book called This is Your Brain on Music.

The McGill University professor confirmed that I'm far from alone in experiencing these very strong reactions to music. And it seems my analogy to drugs wasn't far off.

"It's not surprising that we have these intense reactions to the environment and that they can be said to be similar to drug states," Levitin told me. "They are drug states. They are drugs in our brain causing different cascades of neural activity."

Not that Levitin wanted to take away any of the "mystery or majesty" of my musical experience, but to a neuroscientist all our experiences are, he said, characterizable in terms of different neurochemical states.

"Music modulates levels of dopamine in the brain which is a chemical responsible for reward and pleasure," Levitin explained. "It also modulates serotonin levels and norepinephrine, a stimulant. And in the right combinations, these can give rise to feelings of ecstasy and intense pleasure — almost a sense of being at one with the world."

That's exactly one of the feelings that came over me while DiDonato sang. If I could have just hugged everyone in the auditorium at that moment I would have!

Levitin was quick to point out that I might not have the same intense experience if I went back to see the performance again. Everything depends on just where our brains are at each moment, he said. It's analogous to someone saying a cross word to you. At one moment it might put you in a funk, at another, you might just shrug it off.

"When the neurons align," Levitin said, "we reach these moments when we are maximally receptive to music and its effect on us. And those can be peak experiences, for sure."

Have any moments when live music simply sent you over the top? Are there any recordings that get you every time? Let us know in the comments section.