Accessibility links
The Operatic Potential Of DSK, A Modern Don Giovanni : Deceptive Cadence Sometimes real-life stories are so operatic you couldn't make them up. Could Dominique Strauss-Kahn's fall from grace make a compelling opera? 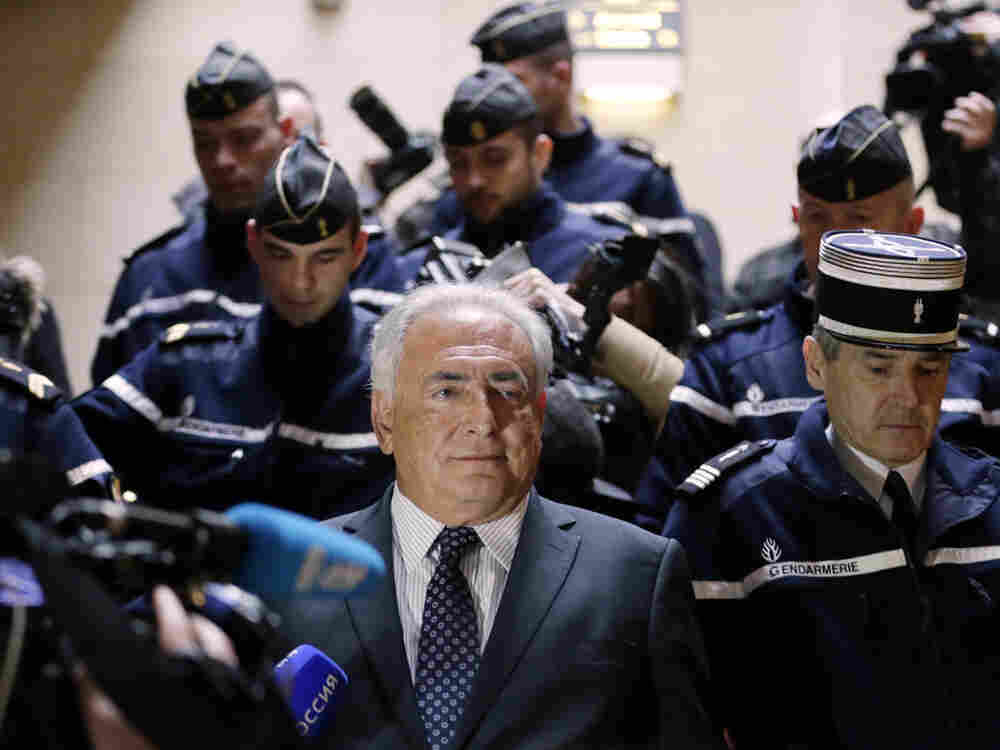 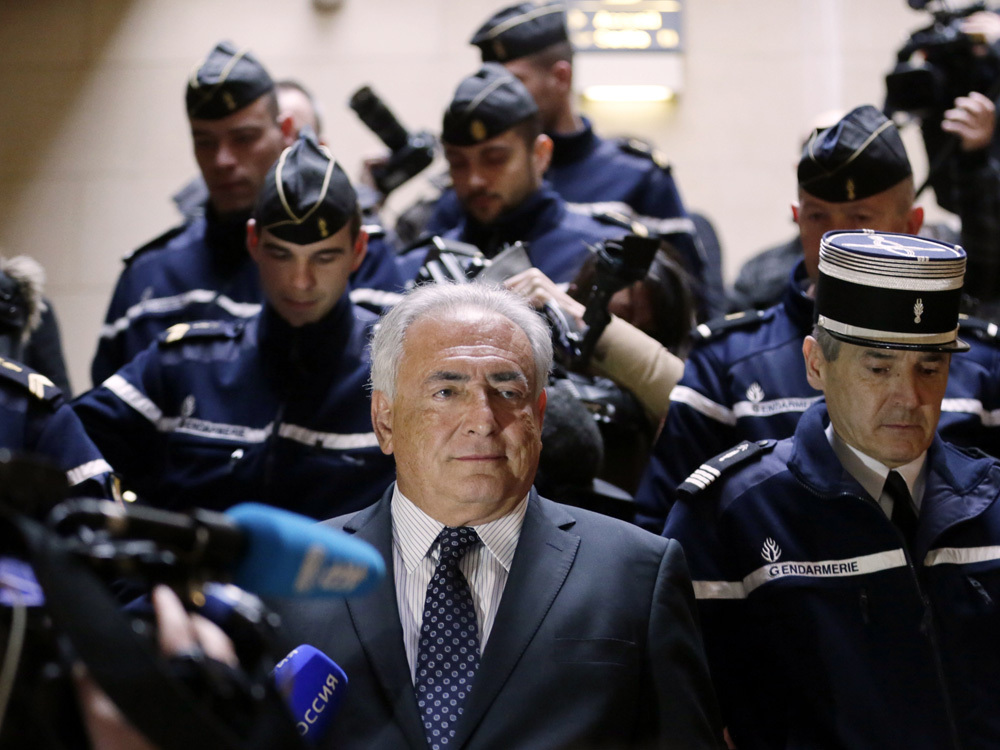 Disgraced former IMF chief Dominique Strauss-Kahn leaves court in Paris Tuesday after attending a hearing regarding his seizure request for a new book by Argentinian-born Marcela Iacub detailing their liason.

If I wrote operas, my next work would be called DSKNY. That's a snazzy abbreviation for Dominique Strauss-Kahn New York. The idea came last night when colleagues invited me for cocktails at the Sofitel Hotel, the site of DSK's alleged sexual assault of a hotel maid in 2011, and the beginning of his fall from grace.

And as it turns out, a new book about the embattled former head of the International Monetary Fund (and former potential candidate for the French presidency) will be published in France tomorrow by Marcela Iacub, an acclaimed legal philosopher and columnist who has documented a recent seven-month affair with DSK. Naturally, he's trying to sue her, or at least confiscate all copies of the book, called Belle et Bête (Beauty and Beast).

You could view the whole sordid DSK chronicle as a kind of Don Giovanni story begging for a modern update — powerful libertine is taken down by his own recklessness. Here's where life imitates opera. Or is it the other way around?

Anyway, this kind of reality opera thing isn't exactly new. Donizetti wrote operas about Queen Elizabeth and John Adams snagged real life stories for Nixon in China, The Death of Klinghoffer and Dr. Atomic. But this story, with all its unchecked lust, dirty politics and deception, is a no-brainer — prêt-à-porter opera with myriad possibilities for onstage politics, deception and lust. It has already served as the basis of a French play, Suite 2806, by Guillaume Landrot.

Below is a brief outline of my DSKNY libretto. Many of the facts as we know them in this messy and sad story play out, but I do take a bit of operatic license to embellish. And who knows, with a name like DSKNY, could the T-shirt, the Broadway musical and the fragrance be nigh at hand?

Got an idea for a real-life set of events that would make a compelling opera? Tell us about it in the comments section.

Scene 1, The Setup: A hotel chambermaid meets with a pair of shady characters from France at a swanky New York restaurant. In a duet, the Frenchmen offer a variety of incentives (including money and immigration papers for her imprisoned fiancé) to set up a happenstance meeting with a powerful, libidinous French politician. In an aside, they reveal their motivation: They have been instructed to bring this politician down through scandal, thus precluding his candidacy for the French presidency. Music in this scene is influenced by rhythms and melodies from the maid's native West Africa. After the two leave, the maid sings a heartfelt aria. Her conflicting emotions pulling her in two directions — should she take up the offer, which would spring her lover from jail, or play it safe?

Scene 2, The Assignation: The maid unlocks the politician's hotel room door, finding him in his bathrobe. She excuses herself, saying she only meant to clean the room. In an aside, she admits she made a mistake coming here. He begins his seduction — friendly questions and honest-sounding compliments. In an aria, he describes his fabulous and powerful life. The stage goes black, as she turns to leave.

Scene 3, The Arrest: Boarding a plane at Kennedy Airport, the politician is handcuffed and dragged away by two female police officers. The charge is sexual assault.

Scene 4, House Arrest: Two armed guards at the front of a distinguished New York apartment building talk humorously about their boredom, securing the property where the politician, now under house arrest, has been held.

Scene 5, Mad Scene: In his well-appointed apartment, the politician rails against his fate, proclaims his innocence and curses those who put him under house arrest, forcing him to wear an ankle monitor.

Scene 6, The Courtroom: A lengthy, contentious scene that builds slowly from the power hungry prosecutor's damning evidence — including definitive DNA results and an emotionally fraught aria from the chambermaid recalling the assignation — to a climax, in which the defense reveals the unreliability of her story. The judge, in a ferocious aria, sets the politician free.

Scene 7, Freedom: The politician, now released, gloats in an aria swaggering with pride. He declares his return to the political arena. But he's interrupted by his assistant, who brings an urgent request. His lawyer needs to see him at once.

Scene 8, Falling Again: The lawyer tells the politician he is now charged with involvement in a prostitution ring, and that the chambermaid has filed a civil suit. The politician crumbles to the ground. Curtain falls.