'Thank You For That Gift': Memories Of Van Cliburn From Medalists

'Thank You For That Gift': Memories Of Van Cliburn From Medalists 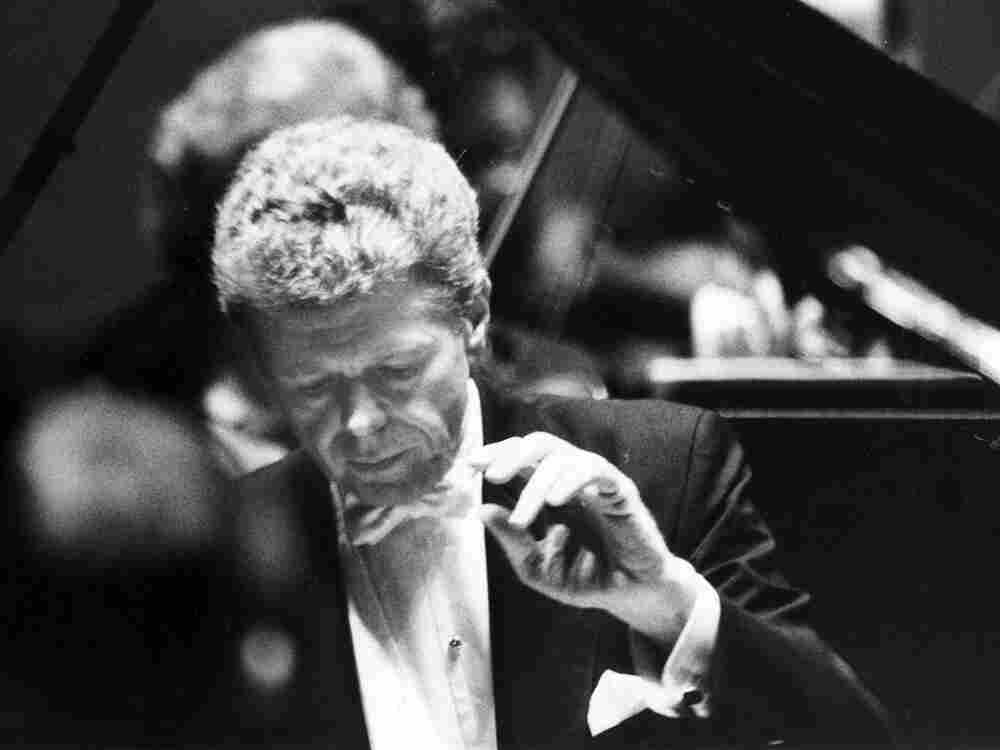 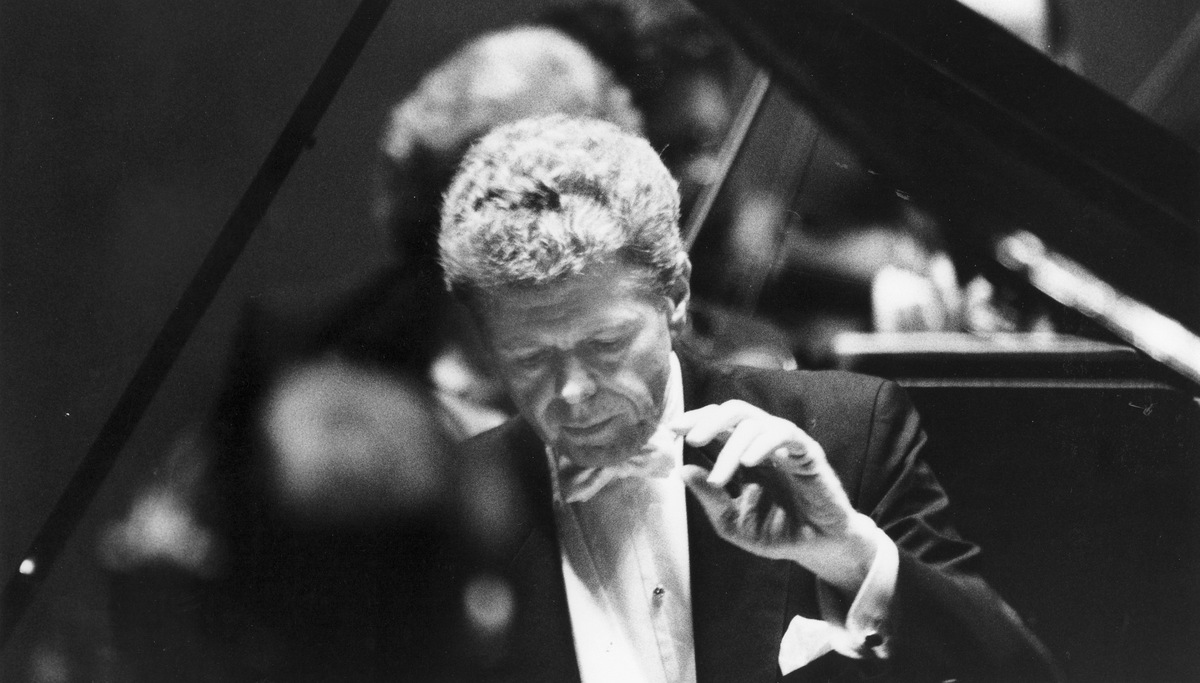 After his stunning victory at the first Tchaikovsky Competition in Moscow in 1958, pianist Van Cliburn had every right to boast for the rest of his career. But that wasn't in his nature. Ask anyone who ever met him and they'll tell you he was humble and gracious. The only time I ever met him, for a fleeting moment backstage after a Kennedy Center performance in 1997, he shook my hand, paused leisurely as if there were no one else in line behind me, and in that elegant Texas drawl, thanked me deeply for attending the concert.

Cliburn's self-effacing generosity in his life and music inspired and touched many people, especially those who competed at the international piano competition that bears his name. We asked four Cliburn Competition winners to tell us stories about the great pianist and pick their favorite Cliburn recordings.

Have a favorite Van Cliburn memory? Tell us all about it in the comments section. 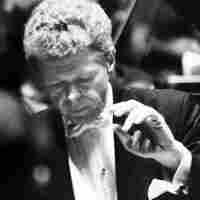 Every time I come back to his Tchaikovsky recording, it transcends time. I find completely new insights every time. It develops quite a bit depending on what stage of playing I'm in with that piece. It's how it comes together — the overall impression it makes at the end of the performance. It sweeps you away at the very end and then you don't know how you got there. That overall totality, that overall drama is what gets to me each time.

Yang recalls performing for Cliburn during an interview he gave last year at the New York Public Library.

One thing that will stay with me until the end of time is my last visit with him, which was May of last year. In the midst of his interview, I came up to the stage and I played for him (and others) and I chose pieces that I thought embodied who he was. He always said that his first love was the human voice so I played a Chopin song, transcribed by Liszt, and then I played a Rachmaninoff Etude Tableau. It was one of the most nerve-wracking moments of my life, having Van literally about ten inches from the piano, listening intently. And my teacher and basically the entire Juilliard staff were sitting in the first row. I had about 5 minutes to play my heart out. I did what I could, and I walked back down to the audience. Van was going to go on with the interview but he got choked up. He needed a moment, and finally said how much he loved music. I couldn't believe it. It was this stopping of time. And after all that, I went up to him and said it's really a pleasure playing for you. The last thing he said to me was: "My whole life I've been trying to give the love of music to others. Concert after concert that's all I wanted to do. And I couldn't help but cry because today that gift came back to me, and I thank you for that gift." And then I started to cry. I can stick by that for the rest of my career.

The first time I heard Van Cliburn was in the early 1960s, at Brooklyn College, and I was about 10, maybe 11 years old. I remember he started with the National Anthem and then went right into Brahms' Handel Variations, which he played magnificently. And as an encore he played "Widmung" from Schumann-Liszt, and that was some of the most beautiful singing line I've ever heard on the piano. It was many years ago but I remember it as if it were yesterday.

He sings at the piano and it's just a gorgeous, gorgeous sound in the biggest sense of the word. "Sound" meaning a warm personality and it turns out that later when I met him that is exactly who he is: generous, warm and quite modest about his incredible accomplishments.

In an era of a number of powerhouse young American pianists, I hope Cliburn stands out as the one with the warm heart and the singing golden sound. He was an American who won a big contest, and had this huge, huge career and America cared about it, and I wish that could happen again.

There are a number of recordings that are definitive, certainly starting with the MacDowell Second Piano Concerto. For me, I never realized what an incredibly great piece it is until Van played it. And that's a greater compliment that someone else playing a wonderful Schumann concerto.

Van Cliburn was such a household name in my youth —even growing up in a non-musical household. Everybody knew who Van Cliburn was. Some of my earliest LPs were of Van playing Chopin, the Tchaikovsky concerto, and Brahms. There's that tremendous sound — not just a big sound, but a warm-voiced sound where everything was important, and heard, and clear. The tone was something that I wanted to emulate. When I was very, very young, one of my favorites was the Chopin "Heroic" Polonaise in A flat, Op. 53. I thought that was the greatest solo piano piece, and he played it like no other — playing it more beautifully than I could ever imagine.

Actually, his was the first professional recital I attended as a young child; I was probably about 8 years old. I remember being overwhelmed by the pageantry of it all, and it was not only the music, but just because this legendary figure was coming to San Jose, where I grew up. What I remember the most, even more so than the music, was going backstage afterwards and meeting him. Instead of just giving me an autograph, he knelt down on the ground and spoke to me, and took the time to thank me for coming. It really made a lasting impression; I thought I'd never wash my hand again!

One of my greatest joys was being able to go to the competition in 1997 to meet him again — and to tell him what a difference that first encounter had made. To me, it showed that being a great artist is one thing, but being a great human is almost more significant. When I told him, he was so thrilled, but as always very self-effacing, and much more interested in me than in anything about himself. That was something that I think was very characteristic of him throughout his whole career. Getting to know him thereafter, and certainly in the years following the competition, underscored what a fabulous person he was. It's very nice when there's a marriage of great art and humanity — that's a special combination.

I think I was lucky to win the competition at the time I did. Van was still very active in the [Van Cliburn] Foundation, in terms of giving moral support for the competitors. He'd show up to a lot of events. The fact that somebody who achieved so much is in your corner, that's a big inspiration. I think all of us who have gone through his competition felt that from him, and will always continue to feel that. It is our job, as people who are associated with the Van Cliburn Competition or the Van Cliburn Foundation, to keep that spirit going.

I grew up on Van Cliburn's recordings: Both my mother and my father heard him play at the Tchaikovsky Competition in 1958. For them, he was such a hero, and in Russia he was always a huge hero, this incredibly handsome young man who came to Moscow to perform Russian music like never before. He opened for us musicians a new way of performing Russian music like Tchaikovsky and Rachmaninov. Even when Russians are very happy, they're also very sad. When Van Cliburn played Rachmaninoff or Tchaikovsky, you could hear that Russian soul.

When he was playing, the piano sang. In his music, there's so much nuance and melody and phrasing and dynamics — it was pure love and passion. When I talked to him about it, he was always telling me how close Russian culture — Russian art, Russian music — was to his heart, and how he felt part Russian. When he came to Moscow for the first time to participate in the Tchaikovsky Competition, he immediately felt that he'd found part of his soul. He felt so comfortable there. And I know that feeling too: I remember that when I came to Fort Worth to play in the Van Cliburn Competition, I felt the same way about Texas.

I always wanted to meet him; that's actually why I wanted to participate in the Van Cliburn Competition, just to meet him. Then to actually meet him, to shake his hand to hug him — that was the biggest prize for me.

One of the most incredible memories for me was to go to his house and to see his collection of beautiful old Steinways. One was his mother's piano, which he kept in a special room that he called "the Russian room" — and I played for him, on that piano, the Rachmaninoff Second Piano Concerto. He gave me such an incredible lesson; we spent a couple of hours there, talking and sharing.

After I won the competition, I lived in Texas for a couple of years, not far from Van's house. That was an incredible time for me. After I moved to New York, every time I could I went to visit him. And I'm very proud that my son Vladik (Vladislav), who is also playing piano now and studying at the Juilliard pre-college program, was given the very first Van Cliburn scholarship at Juilliard at the beginning of this year. Van told me how proud he was of Vladik, and I'm just so happy that my son can carry on that music and that inspiration from such a great man.