Accessibility links
Can Effective And Affecting Art Come Out Of War? : Deceptive Cadence A new opera by David T. Little chronicles three generations of soldiers' experiences in journalistic style — and resurrects some important questions about the function of art.

'Soldier Songs': Can Effective And Affecting Art Come Out Of War?

'Soldier Songs': Can Effective And Affecting Art Come Out Of War? 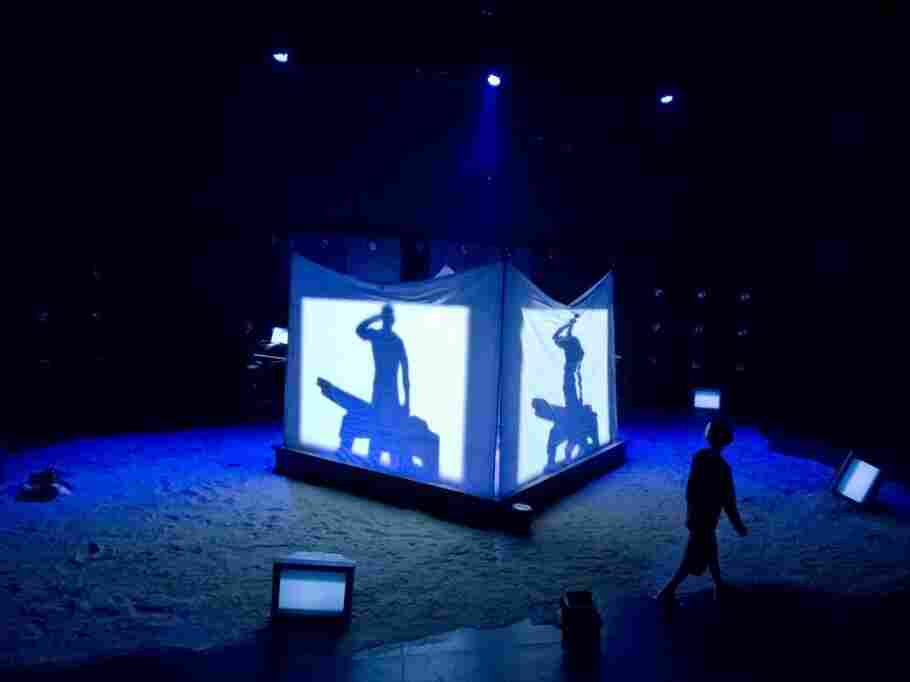 A scene from the theatrical staging of David T. Little's Soldier Songs at the Prototype Festival in New York in January. courtesy of the artist hide caption 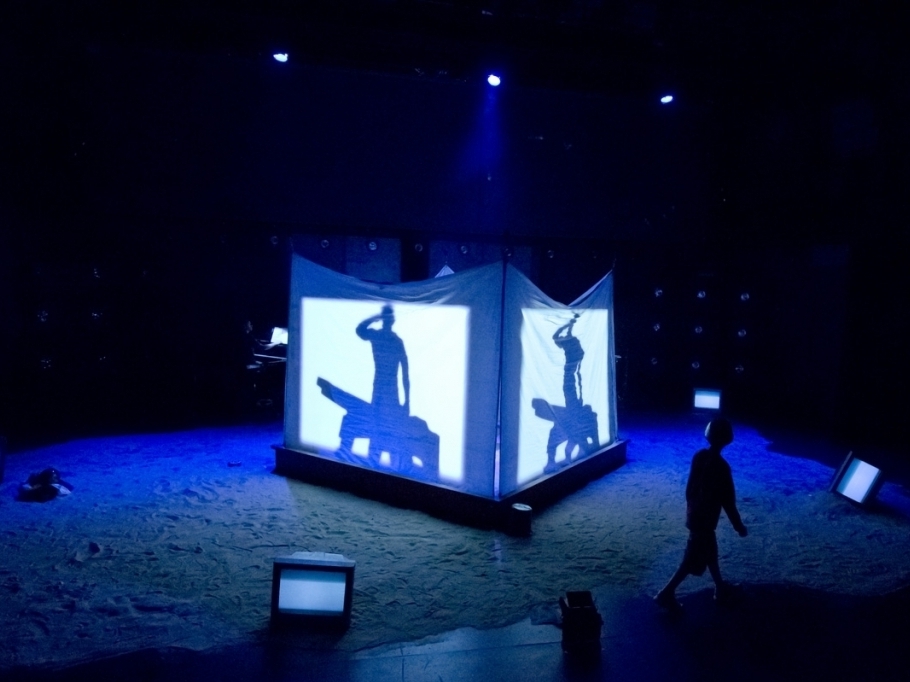 A scene from the theatrical staging of David T. Little's Soldier Songs at the Prototype Festival in New York in January.

Making art out of war is an ancient path — either as a means to quite literally sing the praises of warriors' brave deeds and martial power, or to forward a particular political agenda, noble or not. (As I write this, what comes directly to mind is the newly published research into the Vienna Philharmonic's Nazi past — and how so many of the orchestra's most cherished traditions are, in the words of critic Justin Davidson, "facets of Nazi-era ambitions.")

As the horrors of the 20th century unfolded, composers took up their pens to recount war's bloodshed; just think of Shostakovich's Symphony No. 7, "Leningrad," for example, or Britten's War Requiem or Kevin Puts' recent, Pulitzer Prize-winning opera Silent Night, inspired by an incident from World War I. In the aftermath of September 11, moreover, several composers wrote extraordinary works based on those events, including John Adams' Pulitzer-winning On the Transmigration of Souls, Steve Reich's WTC 9/11, Michael Gordon's Sad Park, John Corigliano's One Sweet Morning, Christopher Theofanidis' Heart of a Soldier, and Ned Rorem's Aftermath.

Since the start of the Iraq war, there have been a number of pieces that reflect directly on modern warfare and our own age of anxiety in quasi-journalistic accountings of soldiers' experiences. There's Phil Kline's superb Zippo Songs, a seven-song cycle that uses words American GIs scratched into Zippo lighters during the Vietnam War. When Kline's cycle debuted in 2003, it was hard not to interpret it as an allegory for the international crisis of the time — and that became a more evident reading when the Zippo Songs were paired with Kline's Rumsfeld Songs on a recording. In fact, setting the words of former President George W. Bush's closest advisers became something of a trend for certain current composers; see Corey Dargel's Con Dolcezza song cycle, featuring speeches by Condoleezza Rice, or Ted Hearne's Katrina Ballads, featuring settings of remarks by everyone from Kanye West to Anderson Cooper to President Bush himself (the aria "Brownie, You're Doing a Heck of a Job").

A new work built upon these lines is David T. Little's Soldier Songs, a theatrical piece presented in January at the Prototype Festival in New York and recently released as an album on Innova. It is based on Little's interviews with family members and friends who have served in the American military over decades, from World War II to Iraq. Though the stage production received decidedly mixed reviews, Little's idea remains an ambitious and exciting one, and he has crafted a work that from time to time alights upon a real and visceral power. 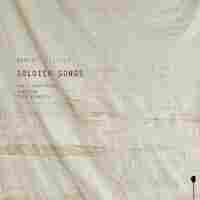 The idea of political music has long occupied Little. "Some wanted to know how a piece of instrumental music could be political, or why I thought classical music was especially suited for this purpose," he wrote in a 2011 New York Times essay. "Others dismissed the political statements within the works as preaching to the converted, or decried the music's alleged subjugation to a political message. Is all political music leftist, people asked, or can there be right-wing political music, too? I realized that I simply didn't know the answers to these questions."

Little's thoughts provoked more than one sharp rejoinder in the Times' comments section, including this one: "I applaud the author's ideals, but the whole question strikes me as moot. A medium like contemporary 'art music,' which lost its last toehold in the popular consciousness half a century ago and which is mainly now performed by academic specialists for other academic specialists, simply cannot effect social change on any meaningful scale ... the old idea of the academic composer as proletariat hero has always smacked of self-delusion. You just can't instigate socio-political change from a position of near-total cultural irrelevancy." On the other hand, one could argue that since classical music is a fringe culture in 2013, there's even more room for experimentation.

What do you think? Can art music be an effective conduit to examining politics and war? Or is it always destined to come off as naive, self-righteous or jingoistic?