Accessibility links
Remembering Risë Stevens, A Star Of Opera And Pop Culture : Deceptive Cadence The mezzo-soprano with the smoky, sultry voice defined Carmen for generations — and earned Hollywood fame at the prime of her career. Stevens died Wednesday at 99.

Remembering Risë Stevens, A Star Of Opera And Pop Culture

Remembering Risë Stevens, A Star Of Opera And Pop Culture 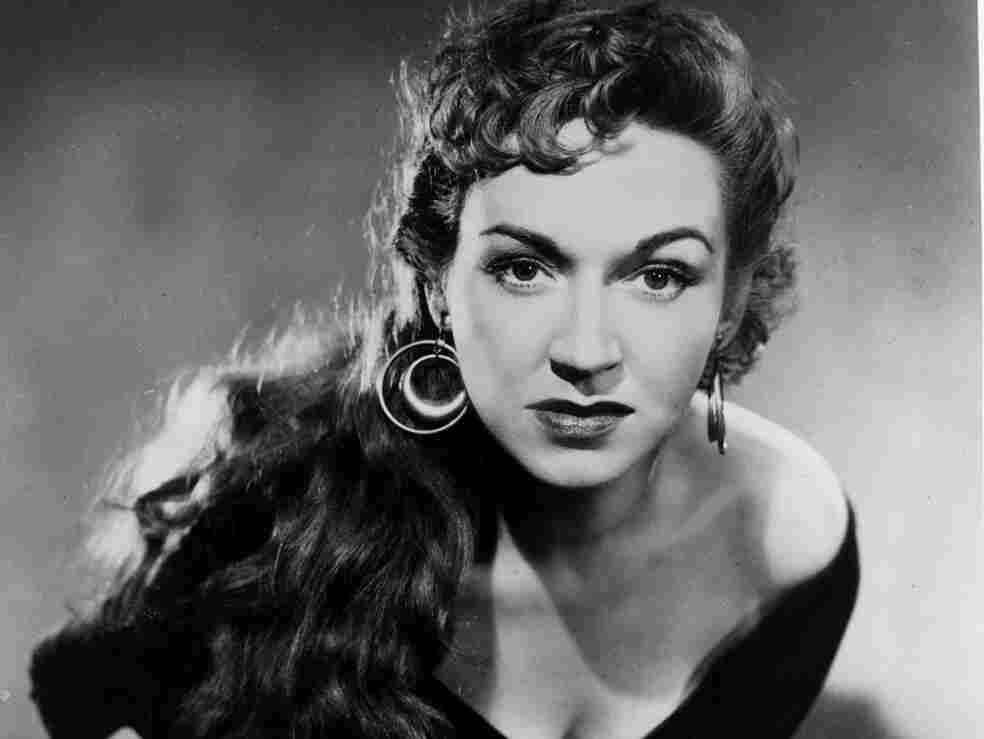 The late American mezzo-soprano Risë Stevens in her signature role as Carmen. Courtesy of the Metropolitan Opera hide caption 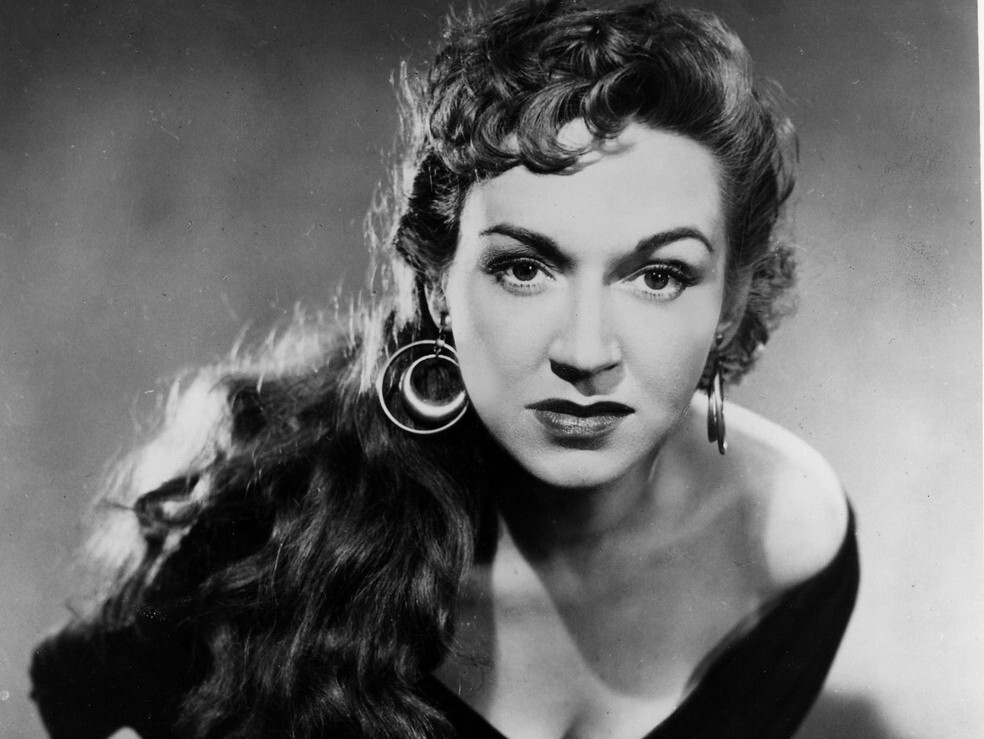 The late American mezzo-soprano Risë Stevens in her signature role as Carmen.

Courtesy of the Metropolitan Opera

Risë Stevens, a mezzo-soprano who sang at the Metropolitan Opera for nearly a quarter-century and then went on to become one of the Met's most prominent supporters and administrators, died Wednesday. She was 99. Her son, Nicolas Surovy, informed the Met Thursday that she died at home in Manhattan.

Stevens sang 337 performances with the company between 1938 and 1961 — and in nearly a third of those, she sang the lead in Bizet's Carmen, which was her signature role throughout the 1940s and '50s. In her prime, the glamorous singer's voice was famously insured by Lloyd's of London for $1 million.

But Stevens was a force not just in the rarefied world of high opera; she became something of a star in Hollywood, as well. She sang in 1941's The Chocolate Soldier with Nelson Eddy and with Bing Crosby in 1944's Going My Way. A frequent guest on The Ed Sullivan Show and The Tonight Show, Stevens also voiced Glinda in the 1974 animated film Going Back to Oz. At the prime of her operatic career, she starred in a Chesterfield cigarettes ad decked out as Carmen. As contemporary star mezzo Susan Graham notes somewhat wistfully in a video tribute to Stevens made for the National Endowment for the Arts in 2011, "It was truly a golden age to be an opera singer, and be part of the public culture, the culture across the boards: in films, on television, when opera [was] more than just being the background on a spaghetti commercial." 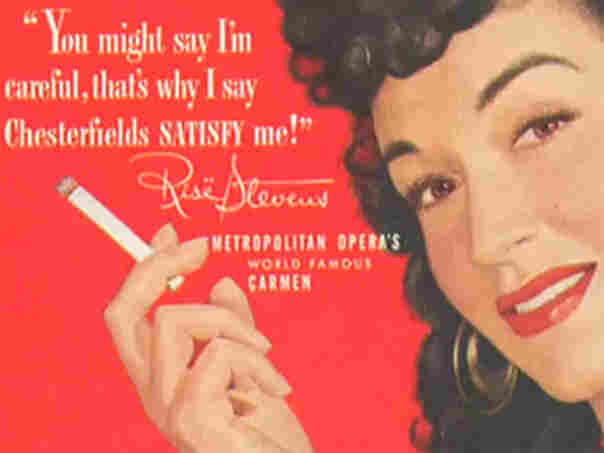 The late mezzo-soprano Risë Stevens: opera doyenne and, at her peak, pop-culture star. Courtesy of the National Endowment for the Arts hide caption

toggle caption
Courtesy of the National Endowment for the Arts 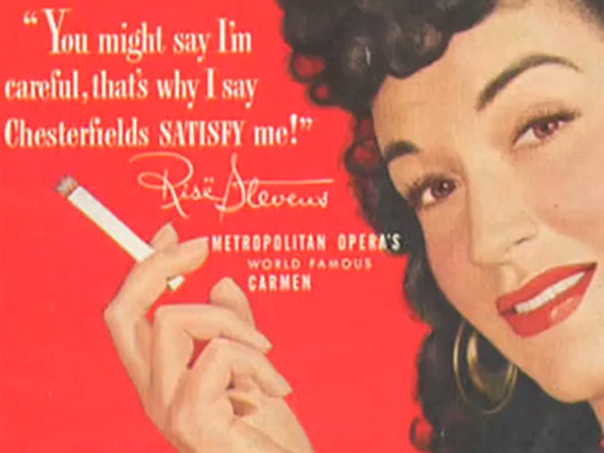 The late mezzo-soprano Risë Stevens: opera doyenne and, at her peak, pop-culture star.

Courtesy of the National Endowment for the Arts

After Stevens' retirement as a singer, she continued to be a significant presence at the Met: She served as the director of the Metropolitan Opera National Company and the National Council Auditions, as well as a managing director on the Met's board. She also went on to serve as president of New York's Mannes College of Music.

Born Risë Gus Steenberg in the Bronx on June 11, 1913, to a Norwegian father and a Jewish-American mother, Stevens sang on a Sunday-morning radio program as a girl. After roles in local theater productions, she sought private lessons, eventually entering the Juilliard School; during this time, she helped support herself and her family with odd jobs that ranged from modeling fur coats to singing on the Palmolive Beauty Box Theater radio program.

After competing in the very first Metropolitan Opera Auditions in 1935-36, Stevens was offered a role at the company in Gluck's Orfeo ed Euridice. Thinking that she was not yet ready for such exposure, she chose instead to sail to Europe, and made her operatic debut in Prague in 1936 in the title role of Thomas' Mignon. Her Met debut came two years later as Octavian in Strauss' Der Rosenkavalier when the company was on tour in Philadelphia; in December 1938, she performed on the Met's New York stage for the first time in Mignon.

Stevens knew the contours of her voice well enough to capitalize on its strengths. As Peter G. Davis quotes her in his 1997 book The American Opera Singer, "You can throw me to the crocodiles of the Nile," she said after singing her first and last Amneris [in Verdi's Aida], "but I'll never do that part again." Instead, she sang a powerful, spirited and sultry Carmen 124 times at the Met.

The mezzo officially retired from the stage in 1964 at age 51. Three years later, she was named one of two general managers of the house's short-lived touring ensemble, the Metropolitan Opera National Company. She later became executive director of the company's extremely prestigious Metropolitan Opera National Council Regional Auditions, a program that launches young singers into their professional careers.

In 1975, she became president of Mannes, which today is part of The New School. During her brief and contentious tenure there, she attracted star faculty that included pianist Vladimir Horowitz. However, she resigned just three years later, citing differences with members of the school's board.

Stevens' prizes include a 2011 NEA Opera Honor and a 1990 Kennedy Center Honor Award. These awards given in Washington, D.C., were particularly fitting for the dynamic mezzo; in 1961, the same year she retired from singing, Stevens was credited with helping to avert a strike at the Met — in part by contacting President John F. Kennedy to ask for his personal help in bringing all parties back to the table.